École William Ponty was a government teachers' college in what is now Senegal. The school is now in Kolda, Senegal, where it is currently known as École de formation d’instituteurs William Ponty. [1] It is associated with the French university IUFM at Livry-Gargan (France). [2]

Many of the school's graduates would one day lead the struggle for independence from France, including Félix Houphouët-Boigny and Bernard Binlin Dadié of Côte d'Ivoire, Modibo Keïta of Mali, Hamani Diori and Boubou Hama of Niger, Yacine Diallo of Guinea,[ citation needed ] Hubert Maga of Benin (Dahomey), Mamadou Dia of Senegal and Maurice Yaméogo and Daniel Ouezzin Coulibaly of Burkina Faso (Upper Volta). [3] André Davesne, author of children's books like Mamadou et Bineta apprennent à lire et à écrire, and André Demaison are Ponty graduates, as are Justin Auriol and Marcel Séguier, authors of books to teach mathematics to elementary and middle school students. Other students included internationally known jurists Kéba Mbaye and Ousmane Goundiam and Guinean politician Diallo Telli, who was a founder of the Organisation of African Unity. [3]

Begun by Governor General Jean-Baptiste Chaudié [3] of the French colonial government at Saint-Louis, Senegal on 24 November 1903, the school was moved to the Island of Gorée in 1913. In 1915 it was named in honour of the recently deceased William Merlaud-Ponty, Governor General of French West Africa.

From 1913 to 1938 the school occupied a building on Gorée originally built before 1800 for the pirate slave traders Jean and Pierre Lafitte. After 1938 the school occupied a former military garrison in Sébikotane, about 40 kilometres from Dakar, and a village called Sébi-Ponty sprang up to house the school's indigenous African personnel. [3] In 1965 the school moved to Thiès, 70 kilometres east of Dakar, and a portion of the Sebikotane building was turned into a prison. During the government of Senegalese Prime Minister Léopold Senghor, repairs to the building at Sébikotane were neglected, and its occupation by squatters was tolerated. [3] In 1984 the school moved to Kolda.

The school has a two-year common core curriculum followed by students intending to become teachers or administrative clerks. Those who intend to study medicine, pharmacy or midwifery study a further year of introductory science at William Ponty School before transferring to the National School of Medicine and Pharmacy. 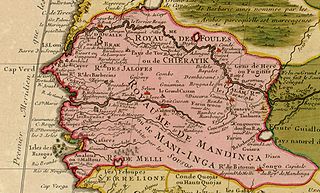 The history of Senegal is commonly divided into a number of periods, encompassing the prehistoric era, the precolonial period, colonialism, and the contemporary era.

The Lebu are an ethnic group of Senegal, West Africa, living on the peninsula of Cap-Vert. The Lebu are primarily a fishing community, but they have a substantial business in construction supplies. They speak Lebu Wolof, which is closely related to Wolof proper but is not intelligible with it. Their political and spiritual capital is at Layene, situated in the Yoff neighborhood of northern Dakar. They have a religious sect and theocracy, the Layene, headquartered there.

Boubacar Diallo Telli was a Guinean diplomat and politician. He helped found the Organisation of African Unity (OAU) and was the first secretary-general of the OAU between 1964 and 1972. After serving as Minister of Justice in Guinea for four years he was executed by starvation by the regime of Ahmed Sékou Touré at Camp Boiro in 1977. 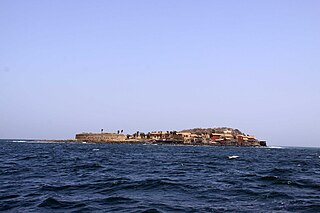 Île de Gorée is one of the 19 communes d'arrondissement of the city of Dakar, Senegal. It is an 18.2-hectare (45-acre) island located 2 kilometres at sea from the main harbour of Dakar, famous as a destination for people interested in the Atlantic slave trade although its actual role in the history of the slave trade is the subject of dispute. 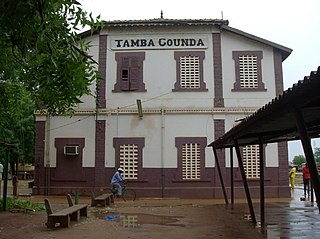 Tambacounda is the largest city in eastern Senegal, 400 kilometres (250 mi) southeast of Dakar, and is the regional capital of the province of the same name. Its estimated population in 2007 was 78,800. 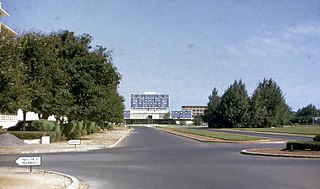 Cheikh Anta Diop University, also known as the University of Dakar, is a university in Dakar, Senegal. It is named after the Senegalese physicist, historian and anthropologist Cheikh Anta Diop and has an enrollment of over 60,000. 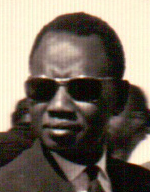 Mamadou Dia was a Senegalese politician who served as the first Prime Minister of Senegal from 1957 until 1962, when he was forced to resign and was subsequently imprisoned amidst allegations that he was planning to stage a military coup to overthrow President Léopold Sédar Senghor.

Abdoulaye Sadji was a Senegalese writer and teacher. The son of a Muslim priest, a marabout, Sadji was educated in a Quranic school before attending French schools. After training as a teacher at the École Normale William Ponty in Gorée he became one of the first African high school teachers, working in various parts of Senegal. In 1932 he became only the second Senegalese person to earn a bachelor's degree. 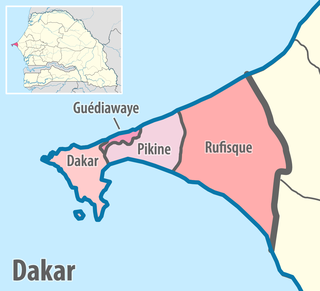 Rufisque Department is one of the 45 departments of Senegal and one of the four which make up the Dakar Region.

IFAN is a cultural and scientific institute in the nations of the former French West Africa. Founded in Dakar, Senegal in 1938 as the Institut français d’Afrique noire, the name was changed only in 1966. It was headquartered in what is now the building of the IFAN Museum of African Arts. Since its founding, its charge was to study the language, history, and culture of the peoples ruled by French colonialism in Africa.

Amédée William Merlaud-Ponty was a French colonial administrator. He was a Governor General of French West Africa (1908–1915) who particularly interested himself in the economic development and education of Africa.

The French conquest of Senegal started from 1659 with the establishment of Saint-Louis, Senegal, followed by the French capture of the island of Gorée from the Dutch in 1677, but would only become a full-scale campaign in the 19th century.

Zodi Ikhia was a Nigerian politician. 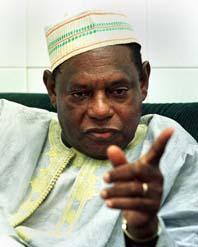 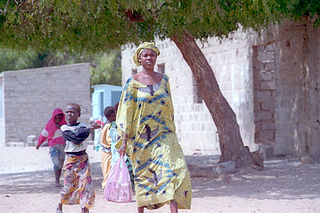 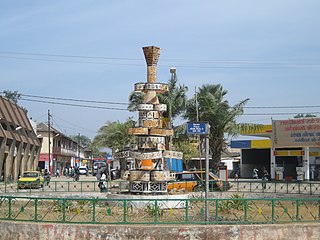 The following is a timeline of the history of the city of Saint-Louis, Senegal.