Émile Racine Gauthier Prudent (3 February 1817 –14 May 1863) was a French pianist and composer. His works number about seventy, and include a piano trio, a concerto-symphony, many character pieces, sets of variations, transcriptions and etudes, in addition to his celebrated fantasies on operatic airs. As a teacher, he was very successful and produced several distinguished pupils.

Born at Angoulême, he never knew his parents and was adopted at an early age by a piano tuner, who gave him his first musical instruction. At ten, he entered the Paris Conservatoire, winning a first prize in piano in 1833, and a second prize in harmony in 1834. Upon graduation from the conservatory, with no patrons, he had to struggle financially for a while before he finally met with success at his first public performance. The concert was shared with the then-renowned virtuoso Sigismond Thalberg. The young Prudent performed his Fantasy on Lucia di Lammermoor , Op. 8, to great public acclaim, leading soon after to constant concertizing in France and abroad, including two trips to England in 1848 and 1852 to premiere his own works. He died in Paris in 1863, where he had spent most of his life.

Frédéric François Chopin was a Polish composer and virtuoso pianist of the Romantic era who wrote primarily for solo piano. He has maintained worldwide renown as a leading musician of his era, one whose "poetic genius was based on a professional technique that was without equal in his generation." 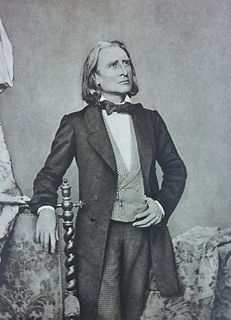 Franz Liszt was a Hungarian composer, virtuoso pianist, conductor, music teacher, arranger, and organist of the Romantic era. He was also a writer, a philanthropist, a Hungarian nationalist and a Franciscan tertiary.

Louis Victor Jules Vierne was a French organist and composer.

Pierre Puvis de Chavannes was a French painter best known for his mural painting, who came to be known as 'the painter for France'. He became the co-founder and president of the Société Nationale des Beaux-Arts, and his work influenced many other artists, notably Robert Genin. Puvis de Chavannes was a prominent painter in the early Third Republic. Émile Zola described his work as "an art made of reason, passion, and will". 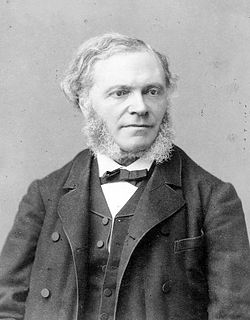 César-Auguste-Jean-Guillaume-Hubert Franck was a composer, pianist, organist, and music teacher who worked in Paris during his adult life.

Alfred Denis Cortot was a Franco-Swiss pianist, conductor, and teacher who was one of the most renowned classical musicians of the 20th century. He was especially valued for his poetic insight into Romantic piano works, particularly those of Chopin, Saint-Saëns and Schumann. 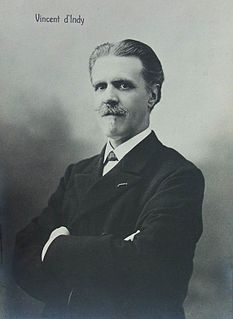 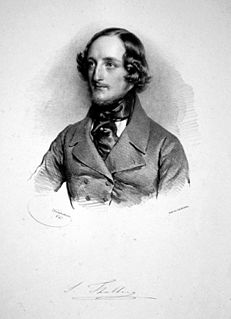 Sigismond Thalberg was a composer and one of the most distinguished virtuoso pianists of the 19th century. 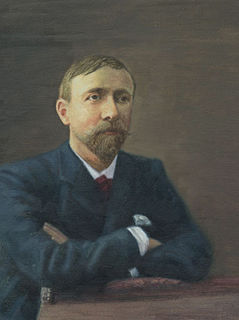 Émile Flourens was a French politician, who was Minister of Foreign Affairs during the Third Republic. He was son of the biologist Jean Pierre Flourens, and the younger brother of Gustave Flourens, a general of the Paris Commune. 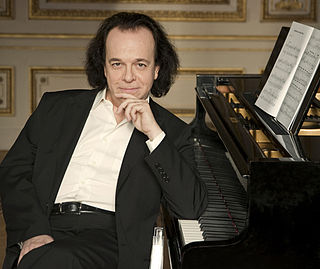 Cyprien Katsaris is a French-Cypriot virtuoso pianist, teacher and composer. Amongst his teachers were Monique de la Bruchollerie, a student of Emil von Sauer, who had been a pupil of Franz Liszt. 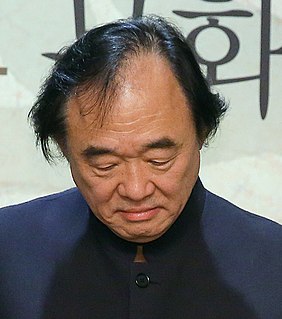 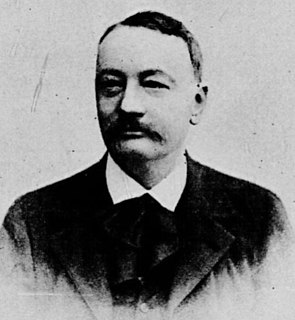 Théophile Édouard Laforge was a French violist and first professor of viola at the Conservatoire de Paris. 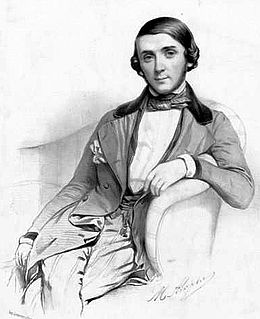 Jean-Henri Ravina was a French virtuoso pianist, composer and teacher. 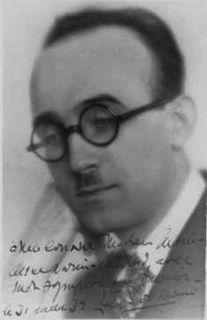 Léo-Pol Morin was a Canadian pianist, music critic, composer, and music educator. He composed under the name James Callihou, with his most well known works being Suite canadienne (1945) and Three Eskimos for piano. He also composed works based on Canadian and Inuit folklore/folk music and harmonized a number of French-Canadian folksongs. Victor Brault notably transcribed his Inuit folklore inspired Chants de sacrifice for choir and 2 pianos.

Alexandre Édouard Goria was a French virtuoso pianist and composer recognised among amateurs enthusiasts for his numerous salon pieces of different styles, which enjoyed great success at their time.

Émile André Poillot was a French pianist, organist, and pedagogue.

Heugel was a French music publishing company, founded in 1839, that became one of the most prolific and ubiquitous businesses of its kind in the nineteenth and early twentieth century. It was taken over in 1980 by Alphonse Leduc and dissolved in 2014.