Şanlıurfa S.K. is a Turkish sports club located in Şanlıurfa. The football team currently plays in the TFF Second League. [1] 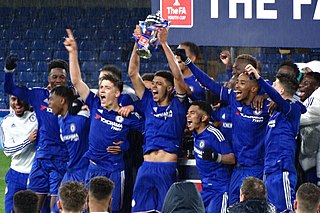 This article lists results and squads for the finals of the FA Youth Cup.

The 2000 FIFA Club World Championship was held in Brazil between 5 January and 14 January 2000. The eight participating teams had to submit squads of 23 players at least 10 days before the start of the tournament. All players were numbered between 1 and 23, regardless of the number they wore in other competitions. Originally, only players registered to their clubs before 15 November 1999 were eligible to play in the tournament, but this cut-off point was later extended to 20 December.

Alanyaspor is a Turkish professional football club located in the town of Alanya in Antalya Province. Formed in 1948, the club colours are orange and green. Home matches are played at Bahçeşehir Okulları Stadium. The club manager since 2019 is Erol Bulut. 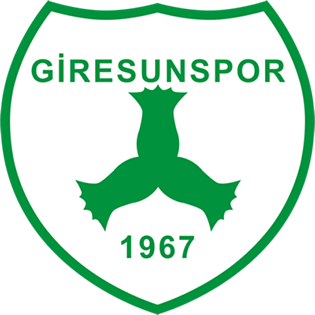 Giresunspor is a Turkish professional football club based in Giresun. It was founded in 1925 and re-formed in 1967 after the merger of Yeşiltepespor, Akıngençlikspor, and Beşiktaşspor. The football club is playing in the TFF First League. Giresunspor played in the Turkish Super League between 1971 and 1977.

BtcTurk Yeni Malatyaspor is a Turkish professional football club based in Malatya. Founded in 1986 as Malatya Belediyespor the club currently plays in the Süper Lig. Its primary colors are yellow, black, and red, although they originally wore orange and green.

The 2008–09 season was Beşiktaş' 105th football season. Also it was the 50th year of the Süper Lig. Beşiktaş won the league as well as the Turkish Cup.

Bandırmaspor is a Turkish professional football club located in the town of Bandırma, Balıkesir Province. The club was founded in 1965 and currently plays in the TFF Second League.

Büyükşehir Belediye Erzurumspor, commonly known as BB Erzurumspor or Erzurum BB, is a Turkish professional football club located in Erzurum who play in the TFF First League, the second tier of Turkish football. The team was founded in 2005 and plays in blue white and blue kits.

This article shows statistics of the club's players in the season.

Each team in the 2017 FIFA Club World Cup had to name a 23-man squad. Injury replacements were allowed until 24 hours before the team's first match.

The 2018 AFC Futsal Club Championship was an international futsal tournament held in Indonesia from 1 to 12 August 2018. The 16 clubs involved in the tournament were required to register a squad of 14 players, minimum two of whom must be goalkeepers. Only players in these squads were eligible to take part in the tournament.

Each team in the 2018 FIFA Club World Cup had to name a 23-man squad. FIFA announced the squads on 6 December 2018. The squad of the CONMEBOL representative was confirmed after the 2018 Copa Libertadores Finals second leg on 9 December 2018.

The 2018–19 season was İstanbul Başakşehir's fifth consecutive season in the Süper Lig and their 29th year in existence.

The 2019–20 season is İstanbul Başakşehir's 52nd year in existence. In addition to the domestic league, Trabzonspor participated in this season's editions of the Turkish Cup and UEFA Europa League.