Günaltay was born 1883 in the Kemaliye town of the Vilayet of Mamuret-ul-Aziz, Ottoman Empire. After finishing the Teacher's College, he was educated in physics at the University of Lausanne in Switzerland.

After his return to Turkey, Günaltay worked as a teacher in a number of high schools. During this time, he got to know Ziya Gökalp, a prominent ideologue of Pan-Turkism. Influenced by him, he began to carry out research on Turkish history. In 1914, he was appointed professor of the history of Turks and Islamic tribes at the Faculty of Letters of İstanbul University. Later, he served as the dean of the Faculty of Theology at the same university.

In 1915, Günaltay was elected to the Ottoman Parliament as deputy of Bilecik Province from the Committee of Union and Progress (CUP), and remained a member of the parliament until its dissolution. In the meantime, he continued to lecture at the university.

During the Turkish War of Independence, Günaltay joined the "Association of Defense of the Rights of Anatolia and Rumelia". After the foundation of the Republic of Turkey in 1923, he entered Turkish Grand National Assembly as deputy of Sivas Province from the Republican People's Party (Turkish : Cumhuriyet Halk Partisi, CHP), serving for 27 years until 1950. Between 1950 and 1954, he represented Erzincan Province in the parliament.

After Prime Minister Hasan Saka's resignation, Günaltay was appointed by President İsmet İnönü to form his cabinet on January 16, 1949 that lasted until Adnan Menderes's Democratic Party took over the government on May 22, 1950 following the general elections. He was the last prime minister of the single party era in the politics of Turkey. He was a scholar of Islam and reopened the faculty of Divinity at the Ankara University, after its Faculty of Divinity was closed in 1933. [1]

Günaltay died on October 19, 1961 in Istanbul due to prostate cancer, shortly after he was elected to the Senate to represent Istanbul Province (but before he could take his seat). He was laid to rest next to his daughter's grave in Ankara in accordance with his will.

Günaltay was also the head of the Turkish Historical Society from 1941 until his death.

Mehmet Fuat Köprülü, also known as Köprülüzade Mehmed Fuad, was a highly influential Turkish sociologist, turkologist, scholar, Minister of Foreign Affairs and Deputy Prime Minister of the Republic of Turkey. A descendant of the illustrious noble Albanian Köprülü family, whose influence in shaping Ottoman history between 1656 and 1711 surpassed even that of the House of Osman, Fuat Köprülü was a key figure in the intersection of scholarship and politics in early 20th century Turkey.

Istanbul University is a public research university located in Istanbul, Turkey. The main campus is adjacent to Beyazıt Square in Fatih, the capital district of the province, on the European side of the city. Some pre-1930 western sources refer to it as the University of Constantinople, after the previous name of the city. 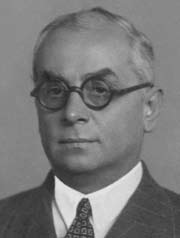 Mahmut Celâl Bayar was a Turkish politician who was the third President of Turkey from 1950 to 1960; previously he was Prime Minister of Turkey from 1937 to 1939. Bayar, as the Turkish President, was decorated with the Legion of Merit by the President of the United States, as a result of Turkey's participation in the Korean War. He is considered to be the longest-lived former head of state and was the longest-lived state leader until 8 December 2008. Celal Bayar died on 22 August 1986 at the age of 103 after a brief illness. 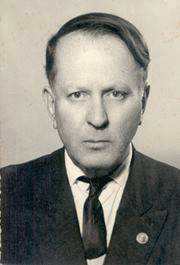 Hüseyin Nihâl Atsız was a prominent Turkish nationalist writer, novelist, poet, historian and philosopher. Nihâl Atsız self-identified as a racist, Pan-Turkist and Turanist. He also criticized Islam in his later life. He was the author of over 30 books and numerous articles and was in strong opposition to the government of İsmet İnönü, which he criticized for co-operating with the communists. He was accused of plotting to overthrow the government.

Tahsin Yazıcı was an Ottoman Army officer and later a Turkish Army general and politician.

Halil İnalcık was a Turkish historian of the Ottoman Empire. His highly influential research centered on social and economic approaches to the empire. His academic career started at Ankara University, where he completed his PhD and worked between 1940 and 1972. Between 1972 and 1986 he taught Ottoman history at the University of Chicago. From 1994 on he taught at Bilkent University, where he founded the history department. He was a founding member of Eurasian Academy.

Abdülhak Adnan Adıvar, also known as Adnan Bey, was a Turkish politician, writer, historian, and by profession a medical doctor. He undertook original research and wrote on the history of science. He was also an early supporter of the nascent feminist movement.

Ekrem Buğra Ekinci is a Turkish academic. He is a professor of history of Turkish Law and Islamic Law. He is currently a member of the Faculty of Law of Marmara University. 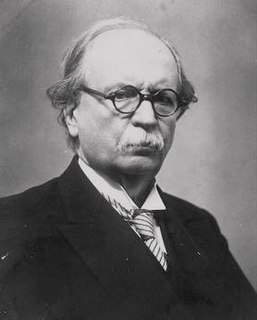 Besim Ömer Akalın, was a Turkish social democratic politician and physician who established modern obstetrics and gynaecology in Turkey and was the director of the Turkish Red Crescent society. He first emphasized in Turkey the fact that nursing was a separate discipline and should be taught in a specialized program. Between 1935 and 1940, he served as a member of the Turkish Grand National Assembly. His image was depicted on a former Turkish postcard stamp.

Şerif Arif Mardin was a prominent Turkish sociologist, political scientist, academic and thinker. In a 2008 publication, he was referred to as the "doyen of Turkish sociology."

The 18th government of Turkey was a government in the history of Turkey. It is also called the Günaltay government.

Fuat Sirmen was a Turkish politician.

Jacob M. Landau was Professor Emeritus in the Department of Political Science at the Hebrew University of Jerusalem.

Yusuf Kemal Bey (1878–1969) was a Turkish civil servant, politician and academic. His birth name was Yusuf Kemal. After the Turkish Surname Law in 1934, he assumed the surname Tengirşenk. 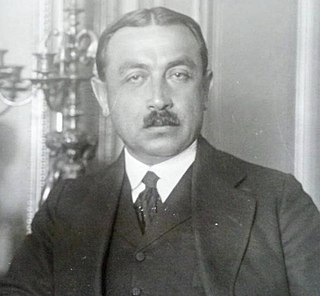 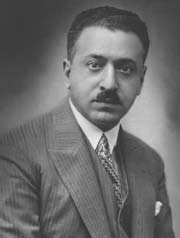 Hikmet Bayur was a Turkish politician. He was born in Istanbul. He was the grandson of Kâmil Pasha, one of the Grand Viziers of the Ottoman Empire.