They focus on manufacture and sales of Volkswagen, Audi and ŠKODA vehicles in India. Volkswagen Group brands Porsche and Lamborghini also sell their cars in India through them. [4]

Volkswagen Group Sales India Private Limited operates a manufacturing plant at Chakan, near Pune, Maharashtra with an annual capacity of 200,000 vehicles (approximately) for production of Volkswagen branded vehicles. The Chakan Plant is also used by SAIPL to manufacture the ŠKODA Rapid. It also shares a manufacturing/assembly plant in Aurangabad, Maharashtra which is operated by ŠKODA Auto India Private Limited for production of Audi branded vehicles. The aurangabad plant is also used for the production of the other Skoda vehicles like the Octavia, Superb & the Kodiaq respectively. In 2020, Skoda auto limited launched their first ever imported compact SUV model called as SKODA KAROQ.

Volkswagen India operates a manufacturing plant in Pune (Chakan) Maharashtra which is capable of producing 200,000 vehicles per annum. Along with the manufacturing of Volkswagen Polo and Volkswagen Vento and the newly launched Volkswagen Ameo (currently- discontinued), the plant is also shared by ŠKODA Auto India Private Limited for manufacturing the ŠKODA Rapid.

Volkswagen has an engine assembly facility (an extension to the previously mentioned plant) built in 2015 at a cost of 240 crore (710 million Euro ) approximately at their state of the art factory in Chakan, Pune respectively. The plant reportedly holds production capacity of about 98,000 engines annually. [5]

VGSIPL's vehicle brands have a combined dealership network of more than 153 dealerships in more than 56 cities all over India. ŠKODA and Audi alone having in total around 120 dealerships across the country today.

In the year 2010–11, VGSIPL recorded combined sales of 53,341 vehicles. In 2011-2012 the Volkswagen Group India clocked an impressive growth of 109.3%. The three brands – Audi, ŠKODA and Volkswagen together delivered a total of 111,623 vehicles to customers in 2011–2012.The Volkswagen Polo is the highest selling model of this group with a sales of 37,153 in 2011. From January to December 2012 Volkswagen Group India sold 115,237 cars with a growth of 3.2 percent. Audi, Lamborghini and ŠKODA achieved impressive sales figures while the sales figures of Volkswagen and Bentley remained with a slight decrease. [8] [2]

Škoda Auto a.s., is a Czech automobile manufacturer founded in 1895 as Laurin & Klement and headquartered in Mladá Boleslav, Czech Republic.

AMAG Group Ltd is a Swiss corporate group primarily active in the automotive trade. Since September 2019, the administration of the entire AMAG group has been based in Cham in the canton of Zug[2], after relocating from Utoquai 49 in Zurich, where the group had been based since its foundation. The group employs around 6600 people and generated revenue of CHF 4.7 billion in 2019. The group is owned by the private holding company BigPoint Holding AG, in turn owned by Martin Haefner.

Mercedes-Benz India Pvt Ltd is a wholly owned subsidiary of the German Daimler AG founded in 1994, with headquarters in Pune, Maharashtra, India. 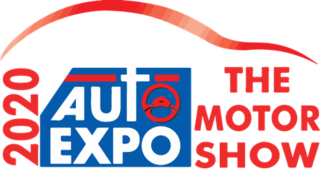 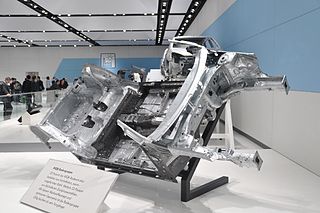 Škoda Auto India Pvt Ltd. has been operating in India since November 2001 as a subsidiary of Škoda Auto, one of the fastest growing car manufacturers in Europe. It has set up a modern manufacturing facility in Shendra near Aurangabad, Maharashtra. The facility is spread across 300,000 m2. The company has a network of 200 outlets across the country.

Audi India Pvt Ltd is a division of the German automobile manufacturer Audi and the Volkswagen Group India. It was founded in 2007 with headquarters in Mumbai, Maharashtra.

Porsche India Pvt Ltd is a division of the German automobile manufacturer Porsche and the Volkswagen Group India. Founded in 2004, with headquarters in Mumbai. 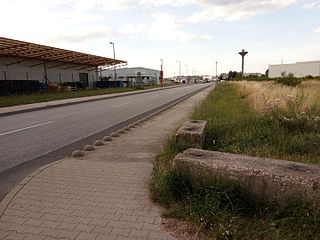 The Škoda Kodiaq is a luxury mid-size crossover SUV manufactured by the Czech automaker Škoda Auto. The vehicle is positioned as the largest Škoda SUV, above the Škoda Kamiq and Škoda Karoq. The vehicle is based on the Volkswagen Group MQB platform, shared with a new generation of Volkswagen Tiguan Allspace and the SEAT Tarraco.

The Škoda Karoq is a compact crossover SUV (C-segment) designed and built by the Czech car manufacturer Škoda Auto. Introduced in 2017, the vehicle is based on the Volkswagen Group MQB platform, and replaced the Škoda Yeti. The car slots between the smaller Škoda Kamiq and the larger Škoda Kodiaq.

Eurocar PrJSC is the official manufacturer of Škoda cars in Ukraine, the part of Atoll Holding Group of Companies. It is one of the largest passenger car manufacturers in Ukraine. The plant's share in the total production of passenger vehicles in 2020 comprised 81%. The plant's production capacity amounts to 80 thousand cars per year with the potential for further capacity expansion. The production site has a railway terminal capable of transporting to the EU and CIS countries.

OOO Volkswagen Group Rus is a subsidiary of Volkswagen AG, which grew from an investment agreement signed on 29 May 2006. Its main factory is in Kaluga, approximately 170 kilometers southwest of Moscow. 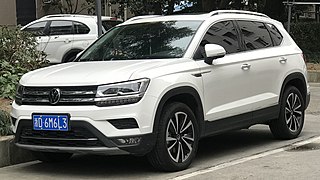