1. deild karla, known as Lengjudeild karla (The Lengja League) for sponsorship reasons, is a football league in Iceland. It is the second highest professional level in the Icelandic football league system. The league was founded in 1955 and current champions are ÍA. The league was expanded to 12 teams for the 2007 season, after having only 10 teams for many years. Since 2008 the top three divisions have all had 12 teams.

Number of titles by club

The Úrvalsdeild karla is the highest men's football league in Iceland. It has been played since 1912. Because of the harsh winters in Iceland, it is generally played in the spring and summer. It is governed by the Football Association of Iceland (KSI) and has 12 teams. By end of season 2015–2016, UEFA ranked the league No. 35 in Europe. From 27 April 2009, the league has had an active agreement on the league's name rights with Ölgerðin, the Icelandic franchisee for Pepsi. From the 2019 season onwards, the league is popularly referred to as Pepsi Max deildin.

The Icelandic football league system is a series of interconnected leagues for club football in Iceland. As of 2013 a fifth level was added to the previous men's format of four levels. As of 2019 there are 79 participating men's teams and 27 women's teams in the football league.

2. deild karla is a football league in Iceland. It is the third division in the Icelandic football league system. The current champions are Afturelding from Mosfellsbær, who won their 1st title in 2018. 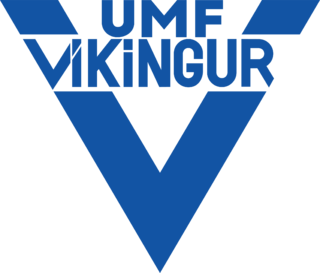 The 2011 Úrvalsdeild is the 100th season of top-tier football in Iceland.The season began on 2 May 2011 and concluded on 1 October 2011. Breiðablik are the defending champions, having won their first league championship.

The 2. deild karla is the third tier of men's football in the Icelandic football league system, and the 2007 season was the 42nd edition of the tournament. Haukar won the league, completing the whole season without losing a match, and were subsequently promoted to the 1. deild karla for the 2008 campaign. The second- and third-placed teams, UMF Selfoss and KS/Leiftur, also won promotion. UMF Sindri Höfn finished bottom of the league, having lost all of their away matches, and were relegated to the 3. deild karla.

The 2. deild karla is the third tier of men's football in the Icelandic football league system, and the 2006 season was the 41st edition of the tournament. Fjarðabyggð won the league and were subsequently promoted to the 1. deild karla for the 2007 campaign. Njarðvík and Reynir Sandgerði, also won promotion after finishing second and third respectively. However, Huginn were relegated to the 3. deild karla after finishing bottom of the league.

The 2012 Úrvalsdeild is the 101st season of top-tier football in Iceland. The season began on 6 May 2012 and concluded 29 September 2012. The league was won by FH, the club's sixth Icelandic league title, while defending champions KR finished as runners-up, some 13 points behind FH. At the other end of the table, Grindavík and Selfoss ended the campaign in the bottom two and were thereby relegated to the 2013 1. deild karla.

The 2012 Icelandic Cup, also known as the Borgunarbikar for sponsorship reasons, was the 53rd edition of the Icelandic national football cup. It began with the preliminary round on 1 May 2012 and was scheduled to end with the final on 18 August 2012 at Laugardalsvöllur. KR were the reigning champions, having won their twelfth Icelandic Cup the previous year.

The 2012 season of the 1. deild karla was the 58th season of second-tier football in Iceland and ran from 12 May 2012 until 22 September 2012. The league title was won by Þór Akureyri, who ended the campaign with a record of 16 wins, 2 draws and 4 defeats, giving them a total of 50 points. The Akureyri club, who had been relegated from the Úrvalsdeild in 2011, thereby achieved promotion back to the top level of Icelandic football at the first attempt. Also promoted to the Úrvalsdeild for the 2013 season were runners-up Víkingur Ólafsvík, who finished nine points clear of third-placed Þróttur Reykjavík.

The 2014 Úrvalsdeild karla, also known as Pepsi-deild karla for sponsorship reasons, was the 103rd season of top-flight Icelandic football. Twelve teams contested the league; the defending champions were KR, who won their twenty-sixth league title in 2013.

The 2016 Úrvalsdeild karla, also known as Pepsi-deild karla for sponsorship reasons, was the 105th season of top-flight Icelandic football. Twelve teams contested the league, including the defending champions FH, who won their seventh league title in 2015.

Knattspyrnudeild Vestra, also known as Vestri, is the football department of the Íþróttafélagið Vestri multi-sport club and is based in Ísafjarðarbær, Iceland.

Kórdrengir are an Icelandic football club based in Reykjavík, Iceland.