Edward Teach, better known as Blackbeard, was an English pirate who operated around the West Indies and the eastern coast of Britain's North American colonies. Little is known about his early life, but he may have been a sailor on privateer ships during Queen Anne's War before he settled on the Bahamian island of New Providence, a base for Captain Benjamin Hornigold, whose crew Teach joined around 1716. Hornigold placed him in command of a sloop that he had captured, and the two engaged in numerous acts of piracy. Their numbers were boosted by the addition to their fleet of two more ships, one of which was commanded by Stede Bonnet; but Hornigold retired from piracy toward the end of 1717, taking two vessels with him.

Captain Benjamin Hornigold (1680–1719) was an English pirate who operated during the tail end of the Golden Age of Piracy.

Stede Bonnet was an early eighteenth-century Barbadian pirate, sometimes called "The Gentleman Pirate" because he was a moderately wealthy land-owner before turning to a life of crime. Bonnet was born into a wealthy English family on the island of Barbados, and inherited the family estate after his father's death in 1694. In 1709, he married Mary Allamby, and engaged in some level of militia service. Because of marital problems, and despite his lack of sailing experience, Bonnet decided he should turn to piracy in the summer of 1717. He bought a sailing vessel, named it Revenge, and travelled with his paid crew along the Eastern Seaboard of what is now the United States, capturing other vessels and burning other Barbadian ships.

Queen Anne's Revenge was an early-18th-century ship, most famously used as a flagship by Edward Teach, better known by his nickname Blackbeard. Although the date and place of the ship's construction are uncertain, it was originally believed she was built for merchant service in Bristol, England in 1710 and named Concord, later captured by French privateers and renamed La Concorde. After several years' service with the French, she was captured by Blackbeard in 1717. Blackbeard used the ship for less than a year, but captured numerous prizes using her as his flagship.

Colonel William Rhett was a British-born plantation owner in the Province of Carolina in the late 17th and early 18th centuries. He arrived in America in 1694, accompanied by his wife Sarah. Rhett quickly became a prominent rice farmer and member of the South Carolina Assembly.

Israel Hands, also known as Basilica Hands, was an eighteenth-century pirate best known for being second in command to Edward Teach, better known as Blackbeard. His name serves as the basis for the name of the villainous sidekick Israel Hands in Robert Louis Stevenson's 1883 novel Treasure Island; other than this, the fictional character has no other connection to the historical person. 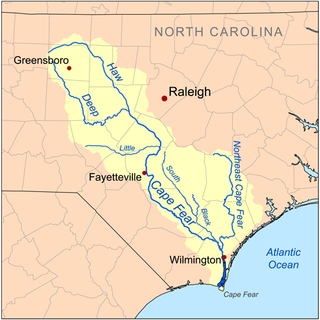 The Battle of Cape Fear River, or the Battle of the Sandbars, was fought in September 1718 between a British naval expedition from the Province of South Carolina against the pirate ships of Stede Bonnet. British forces defeated the pirates in the Cape Fear River estuary which led to Bonnet's eventual death by hanging in Charleston.

Ignatius Pell was a pirate who served as the boatswain to Captain Stede Bonnet aboard the Royal James, a ship previously named Revenge. He was arrested in October 1718 and testified against his crew and captain. 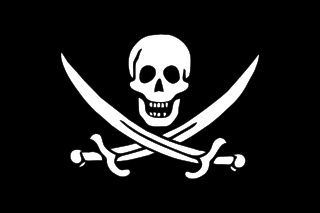 The Republic of Pirates was the base or stronghold of a loose confederacy run by privateers-turned-pirates in Nassau on New Providence island in the Bahamas for about eleven years from 1706 until 1718. While it was not a republic in a formal sense, it was governed by an informal pirate code, which dictated that the crews of the Republic would vote on the leadership of their ships and treat other pirate crews with civility.

David Herriot was a ship’s master and pirate best known for serving under Blackbeard and Stede Bonnet. 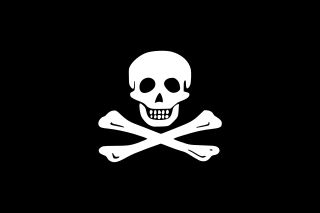 The Flying Gang was an 18th-century group of pirates who established themselves in Nassau, New Providence in The Bahamas after the destruction of Port Royal in Jamaica. The gang consisted of the most notorious and cunning pirates of the time, buccaneers who terrorized and pillaged the Caribbean until the Royal Navy and infighting brought them to justice. They achieved great fame and wealth by raiding salvagers attempting to recover gold from the sunken Spanish treasure fleet. They established their own codes and governed themselves independent from any of the colonial powers of the time. Nassau was deemed the Republic of Pirates as it attracted many former Privateers looking for work to its shores. The Governor of Bermuda stated that there were over 1000 pirates in Nassau at that time and that they outnumbered the mere hundred inhabitants in the town.

Lieutenant Richards was a pirate active in the Caribbean and off the Carolinas. He is best known for sailing alongside Blackbeard.

Francis Demont was a pirate active in the Caribbean. His trial was important in establishing Admiralty law in South Carolina.

Richard Tookerman was born May 16, 1691 in Devon, Cornwall, England. He was the son of Josias Tookerman, a clergyman, and younger brother of Josias Tookerman II, a clergyman sent by the Society for the Propagation of the Gospel (SPG) to Jamaica. He married Katherine Grant, widow of John Grant of Charleston, South Carolina by 1717. As a pirate, smuggler, and trader active in the Caribbean and the Carolinas, he became best known for involvement with pirates Stede Bonnet and Bartholomew Roberts.

Daniel Porter was a pirate and trader active in the Caribbean. He is best known for his associations with Benjamin Hornigold and Bartholomew Roberts.

The Proclamation for Suppressing of Pirates was issued by George I of Great Britain on 5 September 1717. It promised a royal pardon for acts of piracy committed before the following 5 January to those pirates who surrendered themselves to the correct authority before a deadline. Originally, the surrender had to occur on or before 5 September 1718; this was later extended by a second proclamation to 1 July 1719.