Events from the year 1733 in Ireland.

Influenza, commonly known as the flu, is an infectious disease caused by an influenza virus. Symptoms can be mild to severe. The most common symptoms include: high fever, runny nose, sore throat, muscle pains, headache, coughing, and feeling tired. These symptoms typically begin two days after exposure to the virus and most last less than a week. The cough, however, may last for more than two weeks. In children, there may be diarrhea and vomiting, but these are not common in adults. Diarrhea and vomiting occur more commonly in gastroenteritis, which is an unrelated disease and sometimes inaccurately referred to as "stomach flu" or the "24-hour flu". Complications of influenza may include viral pneumonia, secondary bacterial pneumonia, sinus infections, and worsening of previous health problems such as asthma or heart failure.

Samuel Madden was an Irish author. His works include Themistocles; The Lover of His Country, Reflections and Resolutions Proper for the Gentlemen of Ireland, and Memoirs of the Twentieth Century. Dr. Samuel Johnson wrote of him, "His was a name which Ireland ought to honour." He suggested that the Royal Dublin Society initiate a scheme to fund improvements in agriculture and arts in Ireland via the use of premiums - the source of his nickname Premium.

June 11 is the 162nd day of the year in the Gregorian calendar. 203 days remain until the end of the year.

Peter Russell was a gambler, government official, politician and judge in Upper Canada.

Patrick "Staker" Wallace was an Irish freedom fighter, perhaps born at Teermore, in Bulgaden-Ballinvana parish of County Limerick, Ireland, near the town of Kilfinane. He achieved some fame as an Irish patriot when he was brutally executed for independence activities by a pro-British nobleman in 1798.

Events from the year 1798 in Ireland.

Séamas Dall Mac Cuarta was an Irish poet. He was the originator of a seventeenth and eighteenth century Irish language school of poets, centred on the south-east of the province of Ulster and north of Leinster. Mac Cuarta's work emerged from a region in which there was no previous strong poetic tradition, unlike in north-western Ulster, and inspired a number of followers such as Peadar Ó Doirnín and Art Mac Cumhaigh: the emergence of the work of Mac Cuarta and his followers may have been a conscious response to local pressures of anglicisation, and the collapse of the traditional Gaelic social order.

Events from the year 1647 in Ireland.

December 7 is the 341st day of the year in the Gregorian calendar. 24 days remain until the end of the year.

Francis Hutcheson (1721–1784) was an Irish songwriter, physician and lecturer in chemistry.

Blanchardstown is a large outer suburb of Dublin in County Fingal, Ireland, built out from a small village since the 1960s. It is located 10 km north-west of the city centre. It is within the historical barony of Castleknock in the traditional County Dublin, as well as the Dublin 15 postal area and the Dublin West electoral constituency.

Events from the year 1934 in Ireland.

St. James's Hospital is the largest teaching hospital in Dublin, Ireland. Its academic partner is Trinity College Dublin. It is managed by Dublin Midlands Hospital Group.

Loughlinstown is a southern Dublin suburb, located in Dún Laoghaire–Rathdown, on the N11 national road.

Events from the year 1734 in Ireland.

Events from the year 1686 in Ireland.

Events from the year 1680 in Ireland.

Events from the year 1718 in Ireland.

Events from the year 1671 in Ireland.

Events from the year 1834 in Ireland.

Events from the year 1731 in Ireland. 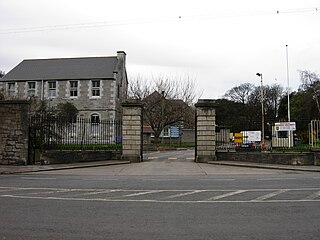 St. Brendan's Hospital was a psychiatric facility located in the north Dublin suburb of Grangegorman. It formed part of the mental health services of Dublin North East with its catchment area being North West Dublin. It is now the site of a modern mental health facility known as the "Phoenix Care Centre". Since the official opening of the Richmond Lunatic Asylum in 1815 the Grangegorman site has continuously provided institutional facilities for the reception of the mentally ill until the present day. As such the Phoenix Care Centre represents the continuation of the oldest public psychiatric facility in Ireland.

Events from the year 1669 in Ireland.

The following is a timeline of the history of the city of Dublin, Ireland. 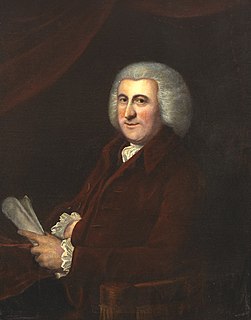 Samuel Croker-King was an Irish surgeon who was associated with Doctor Steeven's Hospital in Dublin for sixty years. He was the first president of the Royal College of Surgeons in Ireland (RCSI), from 1784 to 1785. He is thought to have saved the life of the child who became the Duke of Wellington. He invented his own trepanning device.

Eoin O'Brien [LRCP&SI;FRCP (Lond); FRCP (Edin); M.D; DSc.] is an Irish clinical scientist. He has published extensively on hypertension as one of the major causes of death and disability in society.. Alongside his medical career, O'Brien has contributed to the field of literary criticism and biography. He has written books on writers and artists including Samuel Beckett, Nevill Johnson and Con Leventhal.