As a result of the suspension of the FA Cup for the duration of the Second World War, the next FA Cup final was not until seven years later in 1946, thereby enabling Portsmouth fans to claim that their team has held the Cup for the longest time.

Wolves had entered the game as clear favourites, having scored 19 goals in their five FA Cup games and lying second in the league table. By contrast, Portsmouth were struggling in the relegation zone.

Captain Jimmy Guthrie was presented with the cup by King George VI. Portsmouth manager Jack Tinn said afterwards that his side won thanks to the help of his "lucky spats".

Approaching the half-hour mark, Barlow scored Portsmouth's first goal from within the area. Portsmouth pressed their advantage, refusing to let Wolves back into the contest. Anderson hooked in a second just before half time after McAlinden's chip in from the right had left the advancing Scott in no-man's-land.

Immediately after the restart, Wolves goalkeeper Scott fumbled a shot on the goal line and only prevented the strike creeping in with an outstretched hand on top of the ball. However, Cliff Parker slid in to kick the ball from under the keeper's hand to make it 3–0. Wolves drove forward to try to mount a recovery but a solitary Dorsett strike from eight yards was their only success. Portsmouth put the result beyond any doubt when Parker headed in his second and Portsmouth's fourth from close range from a Worrall cross.

When World War II began in September 1939, this caused the 1939 FA Cup champions Portsmouth to hold the distinction of holding the FA Cup trophy for the longest uninterrupted period - seven years - as the FA Cup competition was not held again until the end of World War II. Portsmouth manager Jack Tinn was rumoured to have kept the FA Cup trophy 'safe under his bed' throughout the duration of the war, but this is an urban myth. Because the naval city of Portsmouth was a primary strategic military target for German Luftwaffe bombing, the FA Cup trophy was actually taken ten miles to the north of Portsmouth, to the nearby Hampshire village of Lovedean, and there it resided in a quaint thatched roof country pub called The Bird in Hand for the duration of the war. [1] After the war, the FA Cup trophy was presented back by Portsmouth F.C. to the Football Association in time for the 1946 FA Cup Final.

Portsmouth's Tommy Rowe, who died in May 2006 at the age of 92, was the last surviving player from the 1939 FA Cup Final match.

Portsmouth Football Club is an English professional association football club in Portsmouth, Hampshire. The team compete in EFL League One, the third tier of the English football league system. The club was founded on 5 April 1898 and home matches are played at Fratton Park, their original home ground which was first opened on 15 August 1899. Portsmouth are also known as Pompey, the local nickname for both the city of Portsmouth and HMNB Portsmouth. Uniquely, Portsmouth is the only club in English professional football which is not located on the mainland of Great Britain, as the club and the city of Portsmouth are both built on Portsea Island instead.

The Football League War Cup was an association football tournament held between 1939 and 1945. It aimed to fill the hole left in English football by the cancellation of the FA Cup during the Second World War. 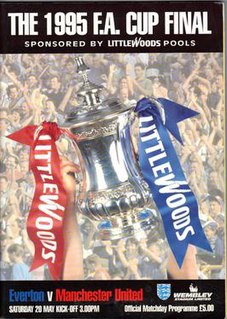 The 1995 FA Cup Final was a football match played at Wembley Stadium in London on 20 May 1995 to determine the winner of the 1994–95 FA Cup. The 50th FA Cup Final to be played at Wembley since the Second World War, it was contested by Everton and Manchester United. Everton won the match 1–0 via a headed goal by Paul Rideout, after Graham Stuart's shot rebounded off the crossbar. The rest of the game saw Manchester United dominating the attack, only for Welsh international goalkeeper Neville Southall to hold on to a clean sheet.

Richard Dorsett was an English footballer, who played as a striker. Dorsett was sometimes known as "the Brownhills Bomber" after his birthplace of Brownhills, Staffordshire.

The 1934 FA Cup Final was won by Manchester City in a 2–1 win over Portsmouth. The match is most remembered for a young Frank Swift's heroics in goal and the predictions of City forward Fred Tilson. The match was also refereed by future FIFA president Stanley Rous, in his penultimate game as an official.

John William ("Jack") Tinn was an English football manager. He managed South Shields in the early 1920s and Portsmouth from 1927 until 1947.

The 1908 FA Cup Final was contested by Wolverhampton Wanderers and Newcastle United at Crystal Palace Park. Newcastle had just finished fourth in the First Division during this season, after winning the league in 1906–07. This was their third FA Cup final appearance in four years. Their 6–0 thrashing of Fulham in the semi-final is a record win for a semi-final. By contrast, Wolves had finished ninth in the Second Division.

The 1949 FA Cup Final was the 68th final of the FA Cup. It took place on 30 April 1949 at Wembley Stadium and was contested between Wolverhampton Wanderers and Leicester City. Wolves had finished sixth in the First Division that season and had several England internationals among their ranks, while Leicester had narrowly avoided relegation from the Second Division and were making their first Wembley appearance.

Herbert "Bert" Barlow was an English footballer who played as an inside forward in the Football League, where he made over 250 league appearances for Barnsley, Wolverhampton Wanderers, Portsmouth, Leicester City and Colchester United. His son Peter was also a professional footballer. 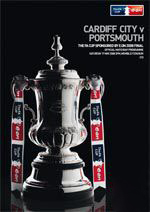 The 1938–39 FA Cup was the 64th season of the world's oldest football cup competition, the Football Association Challenge Cup, commonly known as the FA Cup. Portsmouth won the competition for the first time, beating Wolverhampton Wanderers 4–1 in the final at Wembley. As this was the last full FA Cup competition before the Second World War, Portsmouth held the trophy until the end of the 1945–46 season.

The 1988 Associate Members' Cup Final, known as the Sherpa Van Trophy Final for sponsorship reasons, was the 5th final of the domestic football cup competition for teams from the Third and Fourth Divisions. 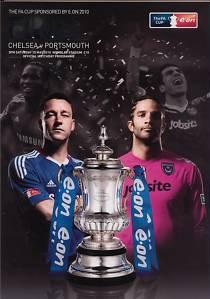 The 2019 EFL Trophy Final was a football match played at Wembley Stadium on 31 March 2019. It decided the winners of the 2018–19 EFL Trophy, the 35th edition of the competition, a knock-out tournament for the 48 teams in League One and League Two and 16 category one academy sides.