The 1952 Ottawa Rough Riders finished in 3rd place in the IRFU with a 5–7 record and failed to qualify for the playoffs. 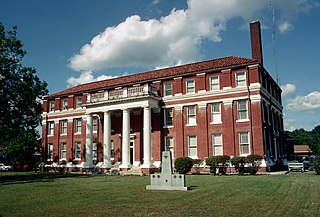 Lawrence County is a county located in the U.S. state of Mississippi. As of the 2010 census, the population was 12,929. Its county seat is Monticello. The county is named for the naval hero James Lawrence.

Charles Jerome Daly was an American basketball head coach. He led the Detroit Pistons to two consecutive National Basketball Association (NBA) Championships in 1989 and 1990, and the 1992 United States men's Olympic basketball team to the gold medal at the 1992 Summer Olympics. 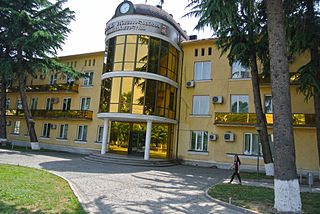 Marneuli is a small city in the Kvemo Kartli region of southern Georgia and administrative center of Marneuli Municipality that borders neighboring Azerbaijan and Armenia.

Diagoras Football Club is a Greek professional football club based in Rhodes, Greece. It was founded in 1905. Diagoras is named after the island's ancient boxer Diagoras. The team first played under Ottoman Rule until the short lived independence of the Dodecanese in 1912. No matches at all were held during the Balkan Wars and the team did not play with Greek teams until the Dodecanese joined with the rest of Greece in 1947.

Reg Whitehouse was a Canadian Football League offensive lineman and placekicker who played for the Saskatchewan Roughriders from 1952 through 1966.

The 1951–52 Kansas Jayhawks men's basketball team represented the University of Kansas in the 1951–52 NCAA men's basketball season, which was the Jayhawks' 55th. They were led by legendary coach Phog Allen in his 36th season overall, 34th consecutive. He guided Kansas to its first NCAA Tournament championship, their 3rd National Championship overall, behind center Clyde Lovellette, who scored 33 points and grabbed 17 rebounds in an 80-63 victory over St. John's in the title game. Lovellette became the only player in NCAA history to lead the nation in scoring while leading his team to the national championship in the same season. Also on the team was Dean Smith, who later went on to a Hall of Fame coaching career at North Carolina.

Abee is an enstatite chondrite meteorite that fell on 9 June 1952 in Alberta, Canada. 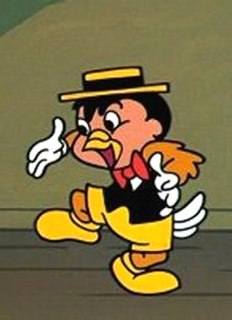 Homer Pigeon is a Walter Lantz funny animal cartoon character, who made his first appearance in the cartoon "Pigeon Patrol", in 1942. His final appearance was in 1964, in The Woody Woodpecker Show episode "Spook-A-Nanny". He also makes cameo appearance in Toontown in Who Framed Roger Rabbit. He was seen walking with some of the other animals from The Tortoise and the Hare.

Angela Farrell is an Irish singer who performed on Eurovision in 1971 with the song "One Day Love". With 79 points, she came in 11th position.

Philip F. Walters was an American racing driver, who won both the 12 Hours of Sebring and Watkins Glen Grand Prix twice.

Bolton is a neighborhood of Atlanta, Georgia, in the Upper Westside, i.e. far northwest of the city. It is part of Neighborhood Planning Unit D. Bolton Road and Marietta Road are the main thoroughfares. Bolton Academy is located here and the neighborhood borders Crest View Memorial Park.