The 1953 Ottawa Rough Riders finished in 3rd place in the IRFU with a 7–7 record and failed to qualify for the playoffs. 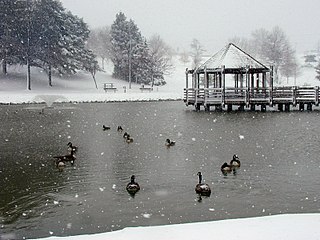 Ballwin is a southwestern suburb of St. Louis, located in St. Louis County, Missouri, United States. The population was 30,404 as of the 2010 census.

Charles Everett "Charlie" Dumas was an American high jumper, the 1956 Olympic champion, and the first person to clear 7 ft.

Club Atlético San Martín is an Argentine sports club founded in 1909 and based in the city of San Miguel de Tucumán, Tucumán Province. The club is notable for its football team, which currently plays in the Argentine Primera B Nacional, the second division of the Argentine football league system.

Thomas Pryor Thompson was an American football quarterback in the National Football League and Canadian Football League. He was blind in one eye, from a childhood incident, but nevertheless served in the U.S. Army for two years during World War II, which put his professional career on hold.

Diagoras Football Club is a football club based in Rhodes, Greece. It was founded in 1905. Diagoras is named after the island's ancient boxer Diagoras. The team first played under Ottoman Rule until the short lived independence of the Dodecanese in 1912. No matches at all were held during the Balkan Wars and the team did not play with Greek teams until the Dodecanese joined with the rest of Greece in 1947.

Lothrop Hall is a major student dormitory at the University of Pittsburgh's main campus in the Oakland neighborhood of Pittsburgh, Pennsylvania. Lothrop Hall is located adjacent to the University of Pittsburgh Medical Center on Lothrop Street near Fifth Avenue, this hill is often referred to as "cardiac hill" due to its steep grade and its accessibility to medical care. The Hall is made up of 14 floors, some of which are segregated by sex in each wing. Most rooms in the hall are single occupancy, with some double occupancy as well, and even some tripled on floors 2-10. The dorm houses 723 men and women, in addition to a resident director and 15 resident assistants.

Neil James Worden is a former American football fullback who played in the National Football League. Selected by the Philadelphia Eagles in the 1954 NFL Draft, he played in the 1954 and 1957 seasons. He also played five games for the Saskatchewan Roughriders of the CFL in 1959. He played college football at the University of Notre Dame.

The 1953 Notre Dame Fighting Irish football team represented the University of Notre Dame during the 1953 college football season. John Lattner won the Heisman Trophy although he did not even lead the Irish in passing, rushing, receiving or scoring. Lattner held the Notre Dame record for all-purpose yards until Vagas Ferguson broke it in 1979. 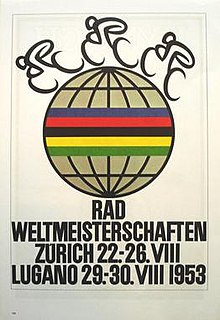