The 1987 Ottawa Rough Riders finished the season in 4th place in the East Division with a 3–15 record and failed to qualify for the post-season. 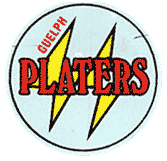 The Bowmanville Eagles were a Junior "A" ice hockey team from Bowmanville, Ontario, Canada. They were a part of the Central Canadian Hockey League. The Eagles left the OHA in 2010 when they merged with the Cobourg Cougars and left Bowmanville.

The Buffalo Jr. Sabres are a Junior "A" ice hockey team from Buffalo, New York. They are a part of the Ontario Junior A Hockey League. Its current head coach and general manager is Nick Tuzzolino, who played in the organization during its Buffalo Lightning era and later played a ten-year professional career for numerous teams in the UHL, IHL, ECHL and AHL. 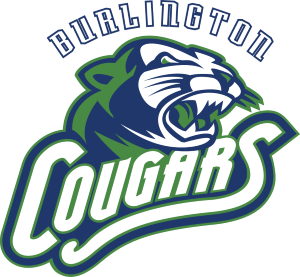 The Burlington Cougars are a Canadian junior "A" ice hockey team from Burlington, Ontario. They are a part of the Ontario Junior Hockey League. 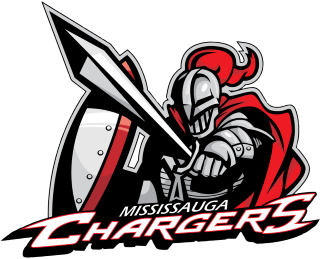 The Mississauga Chargers are a Junior "A" ice hockey team from Mississauga, Ontario, Canada. They are a part of the Ontario Junior A Hockey League. They are the product of a 1990 merger of two former Metro Junior B franchises, the Thornhill Thunderbirds and the Markham Connection. After the 1990 merger the team spent one year in Markham known as the Markham Thunderbirds, and in 1991 they returned to their Thornhill Thunderbirds name for one season. In 1992, the team moved to Mississauga. As a member of the Metro Junior A Hockey League they participated for 3 seasons. They left for the OPJHL in 1995. They have had a glim past few years, but in the 2007–08 season they saw a rare light when team captain Bruce Crawford lead the entire OPJHL in scoring (41-57-98).

The Calgary Wranglers were a junior ice hockey team that played in the Western Hockey League from 1977 until 1987. The Wranglers played their home games in Calgary, Alberta, Canada, at the Stampede Corral. 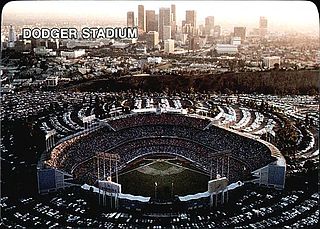 The 1987 Dodgers finished the season in fourth place in the Western Division of the National League. 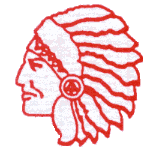 The Lakefield Chiefs are a Canadian Junior ice hockey team based in Lakefield, Ontario, Canada. They played in the Central Ontario Junior C Hockey League of the Ontario Hockey Association until the 2016-17 season when this league became the Orr Division of the Provincial Junior Hockey League

The Cranbrook Colts were a Junior "B" and a Junior "A" team in Cranbrook, British Columbia. They were formed in 1971 as a Junior "B" team in the Kootenay International Junior Hockey League. They were immediately successful, winning the league title in their first four years. The Colts jumped to the Junior "A" Rocky Mountain Junior Hockey League in 1991, winning three league titles in their seven years in the league.

The Steinbach Hawks were a Canadian junior 'A' ice hockey team based in Steinbach, Manitoba that played in the Manitoba Junior Hockey League (MJHL) from 1985 to 1988.

The 1987–88 NBA season was the Warriors' 42nd season in the NBA and 25th in the San Francisco Bay Area. Head coach George Karl resigned with 18 games left, and Ed Gregory was interim head coach for the rest of the season. The Warriors finished fifth in the Pacific Division with a disappointing 20-62 record. 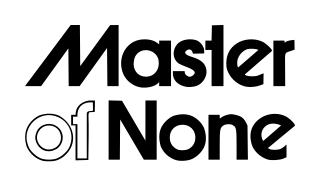 Master of None is an American comedy-drama web television series, which was released for streaming on November 6, 2015, on Netflix. The series was created by Aziz Ansari and Alan Yang, and stars Ansari in the lead role of Dev Shah, a 30-year-old actor, mostly following his romantic, professional, and personal experiences. The first season was set in New York City, and consisted of ten episodes. The second season, which takes place in Italy and New York, consists of ten episodes and was released on May 12, 2017.

1987 Football Championship of Ukrainian SSR was the 57th season of association football competition of the Ukrainian SSR, which was part of the Soviet Second League.