Figure skating, short track speed skating, speed skating, and the opening and closing ceremonies were the only events that took place in Albertville. The other events were held in the villages of Courchevel, La Plagne, Les Arcs, Les Menuires, Les Saisies, Méribel, Pralognan-la-Vanoise, Tignes, and Val d'Isère. Sixty-four nations and 1,801 athletes participated in six sports and fifty-seven events. This included both the Unified Team, representing the non-Baltic former Soviet republics, and Germany, newly consolidated as a team following the reunification of the former East and West Germany in 1990. The event also saw the debut of eight nations in the Winter Olympics. New events included Short track speed skating, freestyle skiing, and women's biathlon. These were the last Winter Olympics to include demonstration sports, consisting of curling, aerials and ski ballet, and speed skiing, and the last Games to feature an outdoor speed skating rink.

A record-breaking seven locations bid for the games. The non-winning bids were from Anchorage, Berchtesgaden, Cortina d'Ampezzo, Falun, Lillehammer, and Sofia. The 91st IOC Session, held in Lausanne on 17 October 1986, voted Albertville the host of the Games. [5]

Bjørn Dæhlie and Vegard Ulvang dominated the men's cross-country skiing races, both taking home three gold medals with Norway taking a medal sweep in the event. 16-year-old Ski jumper Toni Nieminen became the youngest male gold medalist in a Winter Olympic event. Petra Kronberger won both the combined event and the slalom of alpine skiing, while Bonnie Blair won both the 500 m and 1000 m speed skating events, and Gunda Niemann took both of the longest races.

Swiss speed skier Nicolas Bochatay died on the second-to-last day of the Games, when he crashed into a snow-grooming vehicle during a training run. [7]

The Oxford Olympics Study established the outturn cost of the Albertville 1992 Winter Olympics at US$2.0 billion (in 2015-dollars) and cost overrun at 137% in real terms. [9] This includes sports-related costs only, that is: (i) operational costs incurred by the organizing committee to stage the Games, e.g., expenditures for technology, transportation, workforce, administration, security, catering, ceremonies, and medical services; and (ii) direct capital costs incurred by the host city and country or private investors to build, e.g., the competition venues, the Olympic village, international broadcast center, and media and press center, which are required to host the Games. Indirect capital costs were not included, e.g. road, rail, or airport infrastructure, or hotel upgrades or other business investment incurred in preparation for the Games but not directly related to their staging. In comparison, the cost and cost overrun of the 2010 Vancouver Winter Olympics were US$2.5 billion and 13%, respectively, while the 2014 Sochi Winter Olympics (the most costly Olympics to date) had costs and cost overrun at US$51 billion and 289%, respectively. [10] The average cost for the Winter Games since 1960 is US$3.1 billion, while the average cost overrun is 142%.[ citation needed ]

The 1992 Winter Games mascot, Magique (Magic), was a small imp in the shape of a star and a cube. The mascot was created by Philippe Mairesse and replaced the original mascot, which was a mountain goat. [11] The star shape symbolized dreams and imagination, while the mascot's red and blue colors originated from the French flag.

There were 57 events contested in 6 sports (12 disciplines). See the medal winners, ordered by sport:

This was the last time demonstration events were included in the Winter Olympics program. Of the 8 events that were under evaluation, 4 received the endorsement to be included in an official form in future editions of the Games (Curling tournaments and the aerials events on the freestyle skiing). The other four events (speed skiing and skiing ballet events on the freestyle skiing) were rejected and have not since returned.

Sixty-four nations sent competitors to the 1992 Olympics, including seven nations making their first appearance at a Winter Olympics. [15] Following the collapse of the Soviet Union in 1991, six former-Soviet bloc nations chose to form a Unified Team, while the Baltic states of Estonia, Latvia and Lithuania competed as independent nations for the first time since 1936. [16] United Nations Security Council Resolution 757 took effect on 30 May 1992 (97 days after the closing ceremonies), and Yugoslav athletes were able to participate under their country's national symbols. It also suspended the activities of the Yugoslav Olympic Committee, making the country's athletes ineligible to compete on the 1992 Summer Olympics. Despite this, some of their athletes classified in individual sports and gained authorization to compete as Independent Olympic Participants (which also happened at the 1992 Summer Paralympics). Yugoslav athletes returned to the Olympic Games in the 1996 Summer Olympics, when only Serbia, Montenegro and Kosovo were still part of the country. The 1992 Winter Olympics were the first time since the 1964 Summer Olympics that Germany competed with a unified team. Seven National Olympic Committees sent their first delegations to the Winter Olympics: Algeria, Bermuda, Brazil, Honduras, Ireland, Swaziland, Croatia, and Slovenia (the last two making their first appearances at any Olympics, just a few months after their respective declarations of independence from Yugoslavia). Until the 2018 Winter Olympics, this was the only participation of Swaziland and Honduras in an edition of the Winter Olympics. [17]

(¹ combined team with athletes from 6 nations of the Commonwealth of Independent States; the team only appeared in these Winter Olympics)

The 2006 Winter Olympics, officially known as the XX Olympic Winter Games and commonly known as Turin 2006, was a winter multi-sport event held from 10 to 26 February 2006 in Turin, Piedmont, Italy. This marked the second time that Italy had hosted the Winter Olympics, the first being in 1956 in Cortina d'Ampezzo. Italy had also hosted the Summer Olympics in 1960 in Rome. Turin was selected as the host city for the 2006 Games in June 1999.

The 1952 Winter Olympics, officially known as the VI Olympic Winter Games and commonly known as Oslo 1952, was a winter multi-sport event held from 14 to 25 February 1952 in Oslo, the capital of Norway. 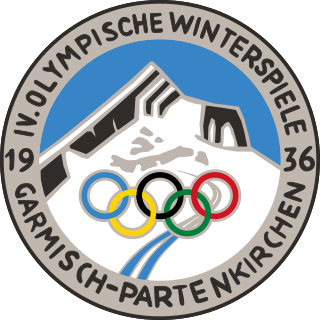 The 1936 Winter Olympics, officially known as the IV Olympic Winter Games and commonly known as Garmisch-Partenkirchen 1936, were a winter multi-sport event held from 6 to 16 February 1936 in the market town of Garmisch-Partenkirchen in Bavaria, Germany. The country also hosted the 1936 Summer Olympics, which were held in Berlin. It was the last year in which the Summer and Winter Games both took place in the same country.

The 1972 Winter Olympics, officially the XI Olympic Winter Games and commonly known as Sapporo 1972, was a winter multi-sport event held from February 3 to February 13, 1972, in Sapporo, Hokkaidō, Japan. It was the first Winter Olympic Games to take place outside Europe and North America.

The 1992 Winter Olympics, officially known as the XVI Olympic Winter Games, were a winter multi-sport event held in Albertville, France, from February 8 to February 23. A total of 1,801 athletes representing 64 National Olympic Committees (NOCs) participated in 57 events from 12 different sports and disciplines. In a break from tradition, the medals were primarily made of crystal rather than metal: gold, silver, or bronze was used only on the border.

Australia competed at the 1992 Winter Olympics in Albertville, France. 23 athletes competed, participating in alpine skiing, biathlon, bobsleigh, cross-country skiing, figure skating, freestyle skiing, luge, short track speed skating and speed skating. Freestyle skiing and short-track speed skating were medal events for the first time, and Australia has competed in these events in every games since, accounting for five of Australia's six medals. Australia's best result at these games was seventh in the 5000 metres short-track relay.

Australia competed at the 1992 Winter Paralympics in Tignes and Albertville in France. They were the first winter Paralympics to be celebrated concurrently with the Olympic Games. The official logo of the Games was designed by Jean-Michel Folon. It depicts a bird with broken wings, soaring high across the peak of a mountain. This was used to reflect the sporting abilities of the athletes at the Games. The official mascot, Alpy, designed by Vincent Thiebaut, represented the summit of the Grande Motte mountain in Tignes. Alpy was shown on a mono-ski to demonstrate its athleticism and the colours of white, green and blue were used to represent purity/snow, hope/nature and discipline/the lake. The 1992 Games were where Australia won their first winter medals at the Paralympics. Michael Milton won Australia's first gold with a win in the Men's Slalom LW2. Milton also won a silver medal in the Men's Super G LW2. At these Games, Australia was represented by 5 male athletes. Australia was placed 12th in the overall medal tally for the Winter Games winning a total of 4 medals: 1 gold, 1 silver and 2 bronze. 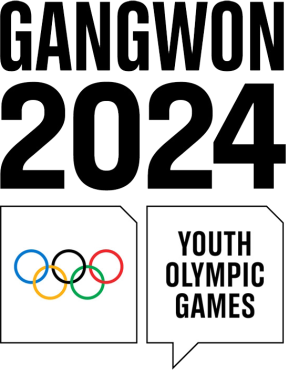