Managed by Alfio Basile, Argentina won the Copa América for the 14th time, defending their title won two years before. [3] [4] 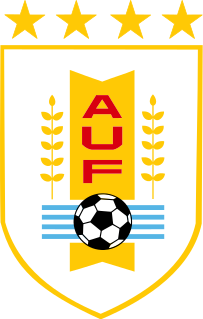 The Chile national football team(Selección masculina de fútbol de Chile) represents Chile in men's international football competitions and is controlled by the Federación de Fútbol de Chile which was established in 1895. The team is commonly referred to as La Roja. They have appeared in nine World Cup tournaments and were hosts of the 1962 FIFA World Cup where they finished in third place, the highest position the country has ever achieved in the World Cup.

The Peru national football team represents Peru in international football. The national team has been organized, since 1927, by the Peruvian Football Federation (FPF). The FPF constitutes one of the 10 members of FIFA's South American Football Confederation (CONMEBOL). Peru has won the Copa América twice and qualified for FIFA World Cup finals five times ; it also participated in the 1936 Olympic football competition and has reached the semifinals of the CONCACAF Gold Cup. The team plays most of its home matches at the Estadio Nacional in Lima, the country's capital.

The 1916 South American Championship of Nations was the first continental championship for national teams in South America. It was held in Buenos Aires, Argentina from 2 July to 17 July during Argentina's Independence Centenary commemorations. The tournament was won by Uruguay, who drew with Argentina in the last match of the tournament at Racing Club Stadium.

Barcelona Sporting Club is an Ecuadorian sports club based in Guayaquil, known best for its professional football team. They currently play in the Ecuadorian Serie A, the highest level of football in the country, and hold the distinction of being the only club in Ecuadorian history not to be relegated to the Serie B.

The 1993 Copa América was the 36th Copa América, CONMEBOL's football tournament for national teams. It was held in Ecuador between June 15 and July 4. All 10 CONMEBOL members took part, but for the first time two nations from outside CONMEBOL were invited to take part in the tournament, to round out the format. Mexico and the USA were the invited teams for this tournament. Argentina defeated Mexico in the final 2–1 to win their record 14th continental championship. 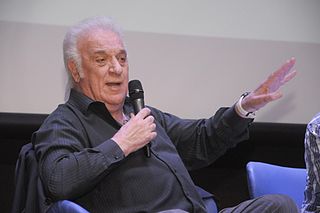 José Guillermo del Solar Alvarez-Calderón is a Peruvian retired footballer who played as a defensive midfielder, and the manager of Club Deportivo Universidad César Vallejo.

The Argentina Olympic football team represents Argentina in international football competitions in the Olympic Games. The selection is limited to players under the age of 23, except three overage players. The team is controlled by the Argentine Football Association (AFA).

Agustín Federico Marchesín is an Argentine professional footballer who plays as a goalkeeper for Portuguese team FC Porto and the Argentina national team.

The first match ever recorded by an Argentina national football team was played on 16 May 1901 against Uruguay, although the one played by Argentina on 20 July 1902 is considered its first official match, a 6–0 win.

The Argentina–Uruguay football rivalry is a highly competitive sports rivalry that exists between the national football teams of the two countries, as well as their respective sets of fans. Games between the two teams, even those that are only friendly matches, are often marked by notable and sometimes controversial incidents. On May 16, 1901, both teams played the first international match outside the United Kingdom, with Argentina being the winner by 3-2.

The Mexico national U-15 football team represents Mexico in tournaments and friendly matches at the Under-15 level. They have appeared in one CONCACAF Under-15 Championship in 2017, where they finished as champions.

Adolfo Julián Gaich is an Argentine professional footballer who plays as a centre-forward for San Lorenzo and the Argentina national team.