The Football League 2007–08 (named Coca-Cola Football League for sponsorship reasons), was the sixteenth season under its current league division format. It began in August 2007 and concluded in May 2008, with the promotion play-off finals.

Leeds United played at this level for the first time in their history having spent all their time in the top two divisions. Yeovil
Locations of the League One 2007–08 teams

Alan Michael Anthony Sheehan is an Irish professional footballer who plays as a defender for League One club Northampton Town. He played for the Republic of Ireland national under-21 team. 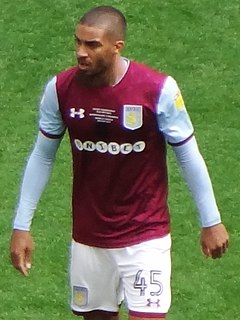 The 2007–08 season was Leeds United F.C.'s first ever season in the third tier of English football after relegation from the Championship the previous season. They finished in the play-offs in League One. Dennis Wise started the season as manager, but left the club in January 2008 to join Newcastle as Executive Director of Football. Wise was replaced just days later with former Leeds captain, Gary McAllister.

The Football League 2008–09, was the seventeenth season under its current league division format. It began in August 2008 and concluded in May 2009, with the promotion play-off finals.

The 2009–10 season was Southampton's fifth consecutive season in The Football League and their first season in League One. Having been relegated the previous season, Southampton looked to reclaim their place in the Championship by being promoted in 2009–10. On 28 March 2010, The Saints won the League Trophy for the first time, defeating Carlisle United 4–1 at Wembley. On 25 April, however, Southampton's hopes of a playoff place were ended after Huddersfield Town beat bottom-place side Stockport County 6–0 to claim the final place. The Saints eventually finished in 7th position, just one place and seven points below the play-offs.

The 2012–13 Football League One was the ninth season of the league under its current title and twenty-first season under its current league division format. The season began on 18 August 2012 and ended on 27 April 2013.

The 2007–08 season is the 30th season in the fourth division of English football, and their 93rd season as a professional club played by Northampton Town F.C., a football club based in Northampton, Northamptonshire, England.

The 2008–09 season was the fifth season of competitive association football in the Football League played by Milton Keynes Dons Football Club, a professional football club based in Milton Keynes, Buckinghamshire, England.

For the 2009–10 season, Carlisle United F.C. competed in Football League One.

The 2007–08 season was the 99th year of competitive football played by Hartlepool United Football Club, a professional association football club based in Hartlepool, County Durham, England. Along with competing in League One, the club also participated in the FA Cup, League Cup and League Trophy. The season covers the period from 1 July 2007 to 30 June 2008.

The 2007–08 season was Brighton & Hove Albion's 106th year in existence and second consecutive season in League One. Along with competing in League One, the club also participated in the FA Cup and the League Cup. The Seagulls finished 7th in League One, missing out on the promotion play-offs by seven points. As a result, manager Dean Wilkins was replaced by Micky Adams at the end of the season, and left the club after being offered a role as first-team coach.