Hong Kong had gone through their 2014 FIFA World Cup qualifying campaign, where they were knocked out in the Second Round by Saudi Arabia

This is a tournament was organized by Chinese Taipei Football Association and take place in Kaohsiung, Taiwan from 30 September to 4 October 2011. Another three participating teams is Chinese Taipei, the Philippines and Macau. This year, Hong Kong sent their senior teams, as weel as another three associations did. FIFA ensured that these 3 matches are the formal international matches after the tournament.

The first match of Hong Kong team was against the Philippines on 30 September. Hong Kong was leading 2 goals before being scored 3 goals. Au Yeung Yiu Chung scored the equalizer before the end of the match. Hong Kong then won the following matches by winning Macau and Chinese Taipei 5–1 and 6–0 respectively. Hong Kong won the 2011 Long Teng Cup by getting 7 points in the competition.

This is a tournament between two teams representing Hong Kong and Guangdong Province of China respectively. This year, Hong Kong had chosen 3 non-Hong Kong born player who are or will soon be able to represent Hong Kong. They are Godfred Karikari, Jaimes McKee and Jack Sealy.

The first leg took place in Hong Kong, being held in Hong Kong Stadium. Guangdong scored the first goal, but Hong Kong scored 2 goals, both in headers. However, before the end of the match, Guangdong equalized the match. The second leg took place in Huizhou, Guangdong, being held in Huizhou Olympic Stadium. Both teams could not score any goals in 120 minutes. Both Yapp Hung Fai, goalkeeper of Hong Kong, and Yang Zhi (footballer), goalkeeper of Guangdong and the China PR's first goalkeeper choice, saved 2 penalties in the first 5 rounds. In the seventh round, Yapp Hung Fai saved Ge Zheen's penalty, while Man Pei Tak converted. Hong Kong won the champion again since 2009.

Friendly matches in second half season

This is the first match for the new head coach Ernie Merrick.

The Hong Kong Football Association organised two friendly match, both will be played in Hong Kong in June. Hong Kong played the first match against Singapore on 1 June 2012.

The second match against Vietnam will be played in Mong Kok Stadium on 10 June 2012.

The 68th Hong Kong–Macau Interport was held at Macau National Stadium, Macau on 16 June 2012. Hong Kong was represented by its under-22 national team. The Hong Kong U-22 captured the champion by winning 3–1 this year.

Hong Kong U-22 will participate in 2013 AFC U-22 Asian Cup qualification from 23 June 2012 to 3 July 2012 in Laos. Hong Kong is in group F along with China PR, North Korea, Cambodia, Laos and Thailand. They will play in a one-round league format and the top two teams of each group will qualify for the tournament proper along with the best third-placed team in all the groups. All the matches of group F is held in Laos.

Friendly against Russia U-19

The match was to celebrate the official opening of the newly renovated Mong Kok Stadium.

2012 Asian Challenge Cup, also known as Nikon Asian Challenge Cup 2012, is the annual football event held in Hong Kong in Lunar New Year. South China are the host of the tournament. Seongnam Ilhwa Chunma from South Korea, Guangzhou Evergrande from China and Shimizu S-Pulse from Japan are invited to participate in this tournament. Each team will play a semi-final match in the first match day. Losers of semi-final matches will play in the third place match while winners will play in the final in the second match day. Seongnam Ilhwa Chunma are the champions after defeating Shimizu S-Pulse in the final.

Huizhou is a city in southeast Guangdong Province, China, forty three miles north of Hong Kong. It forms part of the Pearl River Delta megalopolis. Huizhou borders the provincial capital of Guangzhou to the west, Shenzhen and Dongguan to the southwest, Shaoguan to the north, Heyuan to the northeast, Shanwei to the east, and Daya Bay of the South China Sea to the south. The city has about 4.6 million inhabitants and is administered as a prefecture-level city. 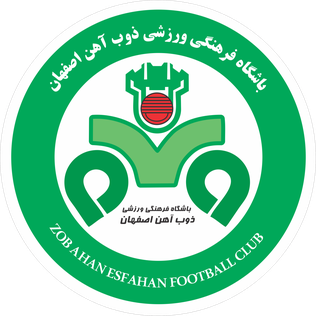 Zob Ahan Esfahan Football Club is an Iranian football club based in Fuladshahr, Iran. It competes in the Persian Gulf Pro League. The team is sponsored by the Isfahan Steel Company, which also goes by the name Zob Ahan. The club's main rival is fellow Isfahani team Sepahan, which is also sponsored by the rival steel mill Mobarakeh Steel Company.

SK, the owners of a K League team based in Bucheon, surprised many when, with little warning, they moved the whole club to the Jeju, renaming the club Jeju United FC. The club based itself in Seogwipo where it took over the vacant Jeju World Cup Stadium. 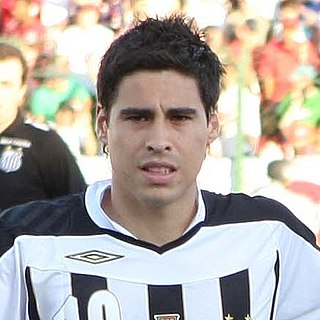 In 2000 season, There were two Korean League Cup competitions. One is Adidas Cup 2000 and the other is Daehan Fire Insurance Cup 2000
This article is regarding Adidas Cup 2000.

Dženan Radončić is a Montenegrin retired footballer who played as a striker.

Lee Jang-soo is a South Korean association football manager and a former player. As a player, he had the distinction of being one of the first fully professional footballers to play in the newly formed Korean Super League in the inaugural 1983 league season, however it has been as a manager where he has distinguished himself particularly within China where he has gone on to twice win the Chinese FA Cup with Chongqing Lifan and Qingdao Beilaite. He has also achieved a successful spell back home within South Korea with FC Seoul when he won the K-League Cup, however he has continued to return to China where he was the manager of Chinese club Guangzhou Evergrande whose appointment also makes him the longest serving foreign coach within China.

This page details statistics of the Asian Club Championship and AFC Champions League.

Yapp Hung Fai is a Hong Kong professional footballer who currently plays as a goalkeeper for Hong Kong Premier League club Eastern. He currently keeps the record for being the most capped player of the Hong Kong national football team, with 76 caps in total.

The 2009–10 season was the 127th season of competitive soccer in Australia.

Seongnam FC is a South Korean professional football club based in Seongnam, South Korea, who currently play in the K-League. Seongnam FC participated under the name of Ilhwa chunma from 1993–94 Asian Club Championship and won the title in their second season in the Asia. Their first Asian game was against Kedah FA of Malaysia.

The 2012 Nagoya Grampus season is Nagoya Grampus's 20th season in the J.League Division 1 and 29th overall in the Japanese top flight. They are also competing in the 2012 J.League Cup, 2012 Emperor's Cup, and the 2012 AFC Champions League.