The 15th Indian Census was conducted in two phases, house listing and population enumeration. House listing phase began on 1 April 2010 and involved collection of information about all buildings. Information for National Population Register (NPR) was also collected in the first phase, which will be used to issue a 12-digit unique identification number to all registered Indian residents by Unique Identification Authority of India (UIDAI). The second population enumeration phase was conducted between 9 and 28 February 2011. Census has been conducted in India since 1872 and 2011 marks the first time biometric information was collected. According to the provisional reports released on 31 March 2011, the Indian population increased to 1.21 billion with a decadal growth of 17.70%. [2] Adult literacy rate increased to 74.04% with a decadal growth of 9.21%. The motto of the census was 'Our Census, Our future'.

Spread across 29 states [lower-alpha 1] and 7 union territories, the census covered 640 districts, 5,924 sub-districts, 7,935 towns and more than 600,000 villages. A total of 2.7 million officials visited households in 7,935 towns and 600,000 villages, classifying the population according to gender, religion, education and occupation. [3] The cost of the exercise was approximately ₹2,200 crore (US$310 million) [4] – this comes to less than $0.50 per person, well below the estimated world average of $4.60 per person. [3] Conducted every 10 years, this census faced big challenges considering India's vast area and diversity of cultures and opposition from the manpower involved.

Information on castes was included in the census following demands from several ruling coalition leaders including Lalu Prasad Yadav, and Mulayam Singh Yadav supported by opposition parties Bharatiya Janata Party, Akali Dal, Shiv Sena and Anna Dravida Munnetra Kazhagam. [5] Information on caste was last collected during the British Raj in 1931. During the early census, people often exaggerated their caste status to garner social status and it is expected that people downgrade it now in the expectation of gaining government benefits. [6] Earlier, There was speculation that there would be a caste-based census conducted in 2011, the first time for 80 years (last was in 1931), to find the exact population of the "Other Backward Classes" (OBCs) in India. [7] [8] [9] [10] This was later accepted and the Socio Economic and Caste Census 2011 was conducted whose first findings were revealed on 3 July 2015 by Union Finance Minister Arun Jaitley. [11] Mandal Commission report of 1980 quoted OBC population at 52%, though National Sample Survey Organisation (NSSO) survey of 2006 quoted OBC population at 41% [12]

There is only one instance of a caste-count in post-independence India. It was conducted in Kerala in 1968 by the Communist government under E M S Namboodiripad to assess the social and economic backwardness of various lower castes. The census was termed Socio-Economic Survey of 1968 and the results were published in the Gazetteer of Kerala, 1971. [13]

C M Chandramauli was the Registrar General and Census Commissioner of India for the 2011 Indian Census. Census data was collected in 16 languages and the training manual was prepared in 18 languages. In 2011, India and Bangladesh also conducted their first-ever joint census of areas along their border. [14] [15] The census was conducted in two phases. The first, the house-listing phase, began on 1 April 2010 and involved collection of data about all the buildings and census houses. [16] Information for the National Population Register was also collected in the first phase. The second, the population enumeration phase, was conducted from 9 – 28 February 2011 all over the country. The eradication of epidemics, the availability of more effective medicines for the treatment of various types of diseases and the improvement in the standard of living were the main reasons for the high decadal growth of population in India.

Once the information was collected and digitised, fingerprints were taken and photos collected. Unique Identification Authority of India was to issue a 12-digit identification number to all individuals and the first ID have been issued in 2011. [21] [22]

India is the homeland of major belief systems such as Hinduism, Buddhism, Sikhism and Jainism, while also being home to several indigenous faiths and tribal religions which have survived the influence of major religions for centuries.

Ever since its inception, the Census of India has been collecting and publishing information about the religious affiliations as expressed by the people of India. In fact, population census has the rare distinction of being the only instrument that collects this diverse and important characteristic of the Indian population.

Hindi is the most widely spoken language in northern and western parts of India. [65] The Indian census takes the widest possible definition of "Hindi" as a broad variety of "Hindi languages". [66] According to 2011 Census, 57.1% of Indian population know Hindi, [67] in which 43.63% of Indian people have declared Hindi as their native language or mother tongue. [68] [69] The language data was released on 26 June 2018. [70] Bhili/Bhilodi was the most spoken unscheduled language with 10.4 million speakers, followed by Gondi with 2.9 million speakers. 96.71% of India's population speaks one of the 22 scheduled languages as their mother tongue in the 2011 census.

The 2011 census report on bilingualism and trilingualism, which provides data on the two languages in order of preference in which a person is proficient other than the mother tongue, was released in September 2018. [71] [72] [73] The number of bilingual speakers in India is 31.49 crore, which is 26% of the population in 2011. [74] 7% of Indian population is trilingual. [75] Hindi, Bengali speakers are India's least multilingual groups. [76]

Dalit, meaning "broken/scattered" in Sanskrit and Hindi, is a name for people belonging to the lowest caste in India characterized as "untouchable". Dalits were excluded from the four-fold varna system of Hinduism and were seen as forming a fifth varna, also known by the name of Panchama. Dalits now profess various religious beliefs, including Hinduism, Buddhism, Sikhism, Christianity, Islam and various other belief systems.

Other Backward Class (OBC) is a collective term used by the Government of India to classify castes which are educationally or socially disadvantaged. It is one of several official classifications of the population of India, along with General Class, Scheduled Castes and Scheduled Tribes. The OBCs were found to comprise 52% of the country's population by the Mandal Commission report of 1980, and were determined to be 41% in 2006 when the National Sample Survey Organisation took place. There is substantial debate over the exact number of OBCs in India; answer to the question is straight forward right, yes obc and bc both are backward classes caste and treated equally in caste system. It is generally estimated to be sizable, but many believe that it is higher than the figures quoted by either the Mandal Commission or the National Sample Survey.

The Mandal Commission, or the Socially and Educationally Backward Classes Commission (SEBC), was established in India on 1 January 1979 by the Janata Party government under Prime Minister Morarji Desai with a mandate to "identify the socially or educationally backward classes" of India. It was headed by the late B.P. Mandal an Indian parliamentarian, to consider the question of reservations for people to redress caste discrimination, and used eleven social, economic, and educational indicators to determine backwardness. In 1980, based on its rationale that OBCs identified on the basis of caste, economic and social indicators comprised 52% of India's population, the Commission's report recommended that members of Other Backward Classes (OBC) be granted reservations to 27% of jobs under the Central government and public sector undertakings, thus making the total number of reservations for SC, ST and OBC to 49%.

Kerala is a state in south-western India. Most of Kerala's 34.8 million people are ethnicity Malayalis. Most of the Malayalam and English speaking Keralites derive their ancestry from Dravidian communities that settled in Kerala. Additional ancestries derive from millennia of trade links across the Arabian Sea, whereby people of Arab, Jewish, and other ethnicities settled in Kerala. Many of these immigrants intermarried with native Malayalam speakers resulting in formation of many Christians and Muslims in Kerala. A tiny number of Muslims thus take lineage from Arab settlers mixed with local population. 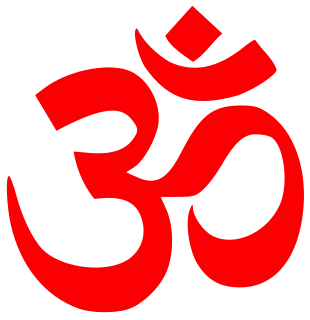 Hinduism is the largest religion in India, with 79.8% of the population identifying themselves as Hindus, that accounts for 966 million Hindus as of National Census of India in 2011 making it as the world's largest Hindu populated country with around 94% global Hindu population are being concentrated here. While 14.2% of the population follow Islam and the remaining 6% adhere to other religions. The vast majority of Hindus in India belong to Shaivite and Vaishnavite denominations. India is one of the three countries in the world where Hinduism is the majority.

The Biharis is a demonym given to the inhabitants of the Indian state of Bihar. Bihari people can be separated into three main Indo-Aryan ethnolinguistic groups, Bhojpuris, Maithils and Magadhis. They are also further divided into a variety of hereditary caste groups. In Bihar today, the Bihari identity is seen as secondary to caste/clan, linguistic and religious identity but nonetheless is a subset of the larger Indian identity.

Reservation in India is a system of affirmative action that provides representation for historically and currently disadvantaged groups in Indian society in education, employment and politics. Enshrined in Articles 15 and 16 of the Indian Constitution, it allows the Indian government to set quotas to ensure any "socially and educationally backward classes of citizens" is properly represented in public life. It is intended to realize the promise of equality enshrined in the Constitution of India.

Karnataka, with a total population of 61,100,000, is one of the major states in South India. Kannada is the official language of Karnataka. Other linguistic minorities in the state are Tulu, Kodava, Konkani and Urdu. Karnataka is also in the forefront of population control measures with the world's first two birth control clinics being set up in 1930 in the Mandya district.

The 2001 Census of India was the 14th in a series of censuses held in India every decade since 1871.

Delhi's ethnic groups are diverse. The Yamuna river's flood plains provide fertile alluvial soil suitable for agriculture but are prone to recurrent floods. The Yamuna, a sacred river in Hinduism, is the only major river flowing through Delhi. The original natives of Delhi are those whose ancestors lived in the Yamuna basin, a region which spreads radially from the capital up to a distance of approximately 200 kilometres. Today the migrant population consists largely of Punjabis, Bengalis and recently,' Biharis. 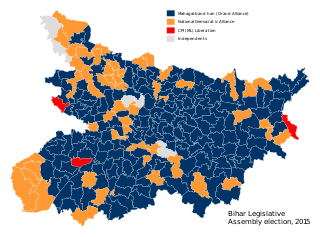 The 2021 Census of India, also the 16th Indian Census, will be taken in 2021. The 15th Indian Census taken in 2011, attempted to estimate the population based on Socio-Economic and Caste Status for the first time since 1931. However, as the enumeration was based on recording the respondents' declaration, it led to creation of hundreds of thousands of caste/subcaste categories. For the 16th Indian census, the government is instead considering enumeration based on a list of OBCs notified by each state.