The Hong Kong local elections are elections in Hong Kong for the members of District Councils. First held in 1982, the elections are held at 4-year intervals when the 18 district councils, totalling 412 elected members require renewal. The last election was on 22 November 2015. The elections are conducted by simple plurality, with an average constituency having a population of around 17,000 people. The councils range from 11 to 37 elected members, depending on that district's population. The Chief Executive may appoint up to a prescribed number of members to each council, totalling 102. The councils in the New Territories also have 27 ex officio members who are chairpersons of rural committees. 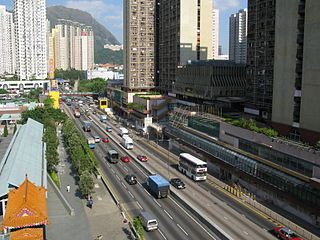 Lung Cheung Road is a major road in New Kowloon, Hong Kong.It forms part of Route 7 linking Kwun Tong Road at Ngau Chi Wan and Ching Cheung Road near Tai Wo Ping. It is a dual 3-lane carriageway running in the east-west direction for its entire length.

The Hong Kong Strategic Route and Exit Number System is a system adopted by the Transport Department of the Hong Kong Government to organise the major roads in the territory into Routes 1 to 10 for the convenience of drivers. When the system was first implemented in 2004, the government launched a major campaign to promote it to the public. One of the slogans was "Remember the Numbers; Make Driving Easier". 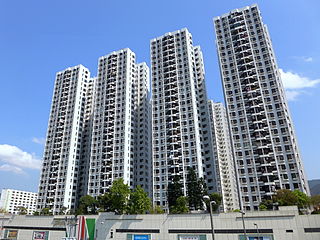 The 2013–14 Hong Kong FA Cup is the 39th season of the Hong Kong FA Cup. It will be the first time since the 2008–09 edition that lower divisions teams are involved in the competition. 4 teams from the preliminary round will be qualified for the proper round. The involvement of clubs from lower divisions means that the competition starts with a number of preliminary rounds. The 4 victorious teams from the Preliminary Quarter-finals will progress to the First Round proper.