The 2014 Asian Para Games (Korean : 2014년 장애인 아시아 경기대회/2014년 장애인 아시안 게임, romanized: Icheon sibsa-nyeon jangaein Asia gyeonggi daehoe/Icheon sibsa-nyeon jangaein Asian Geim), also known as the 2nd Asian Para Games, was an Asian disabled multi-sport event held in Incheon, South Korea, from 18 to 24 October 2014, 2 weeks after the end of the 2014 Asian Games. This was the first time South Korea hosted the games. Around 4,500 athletes from 41 countries competed in the games which featured 443 events in 23 sports. The games was opened by the Prime Minister Chung Hong-won at the Incheon Munhak Stadium. The final medal tally was led by China, followed by host South Korea and Japan, while Kazakhstan, Myanmar, Singapore, Syria and Qatar won their first ever Asian Para Games gold medal. 24 world and 121 Asian records were broken during the Games. [1]

Incheon was the second city to host both Asian Games and Para Games after Guangzhou. It was awarded the sporting event in September 2009 by the Asian Paralympic Committee, [2] and signed the Host Contract Agreement in January 2014 in Kuala Lumpur, Malaysia. [3] [4] Incheon Asian Para Games Organising Committee (IAPGOC) was formed to oversee the staging of the event.

The logo of the 2014 Asian Para Games was unveiled on 17 June 2013 and is an image of a flame that symbolises the games itself. The blue and green symbolises the determination of the athletes, while the pink and orange flame represents the caring personality of the Asian people in general. All the colours combined on the logo represents the harmony of the people of Asia including the disables. Overall the logo represents the passion and challenging spirit of the games participating athletes as well as the unity of Asian people.

The mascot of the 2014 Asian Para Games was unveiled on the same day as the logo and is a pair of black-faced spoonbill named, Jeonopi and Dnopi. They were chosen to highlight the games organiser commitment in environmental conservation. Jeonopi represents friendship with people in Asia and the world and the clean natural environment of host city Incheon, while Dnopi represents courage of the participating athletes and hope. [6] [7]

The medals of the event had the design of the flame at the front to express the passion and determination of the athletes. The braille letters of the event's name, "Incheon 2014 Asian Para Games is engraved on the back of the medal.

The Closing ceremony was held on 24 October 2014 at the Munhak Stadium, where the games was declared closed by Asian Paralympic President Dato' Zainal Abu Zarin. [10]

41 NPCs participated in the event. North Korea compete for the first time, while Bangladesh did not attend due to inactivity which resulted in the termination of its International Paralympic Committee membership the following year. [11] [12] 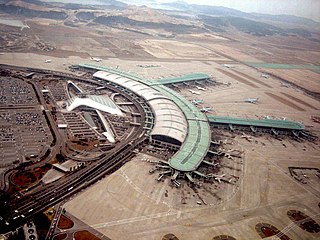 Incheon, officially the Incheon Metropolitan City (인천광역시), is a city located in northwestern South Korea, bordering Seoul and Gyeonggi to the east. Inhabited since the Neolithic, Incheon was home to just 4,700 people when it became an international port in 1883. Today, about 3 million people live in the city, making it South Korea's third most-populous city after Seoul and Busan. 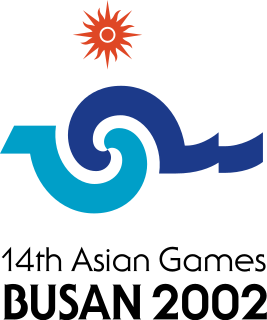 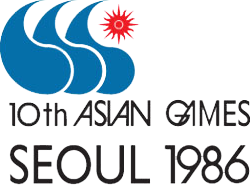 The 2014 Asian Games, officially known as the 17th Asian Games, was a pan-Asian multi-sport event held in Incheon, South Korea. This was the third time South Korea hosted the Asian Games, and its first time since 2002. Previously, it had also hosted the 1986 edition of the games.

The 4th Asian Indoor and Martial Arts Games, which is also counted as the 4th Asian Indoor Games and designated as AIGs 4, was held in Incheon, South Korea, from 29 June to 6 July 2013, despite the ongoing 2013 Korean crisis. It was initially slated for Doha, Qatar, after the country cancelled the last edition of Asian Indoor Games in 2011. However, Incheon was chosen as a replacement instead by the OCA. This event also acted as a test event and a prelude to the 2014 Asian Games. 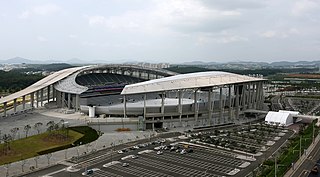 The Incheon Stadium, commonly known as the Incheon Asiad Main Stadium, is a stadium located in Incheon, South Korea. Completed in July 2014, it is used mostly for athletics meets and was the main venue of the 2014 Asian Games. The stadium has been designed with an initial capacity of roughly 60,000 spectators. After the 2014 Asian Games, capacity was reduced to 30,000 spectators. The stadium has an oval running track enclosing a regulation-size soccer field. Outside, there's a tennis court, a subsidiary stadium, and the 1,415.13㎡ Yeonhui Cricket Ground.

The 2006 FESPIC Games, officially known as the 9th and Final FESPIC Games, was an Asia-Pacific disabled multi-sport event held in Kuala Lumpur, Malaysia, from 25 November to 1 December 2006.

Japan participated in the 2014 Asian Games in Incheon, South Korea from 19 September to 4 October 2014.

The women's football tournament at the 2014 Asian Games was held in Incheon and three other cities in South Korea from September 14 to October 1, 2014. The opening match was played 5 days prior to the opening ceremony. In this tournament, 11 teams participated in women's competition.

Incheon Namdong Asiad Rugby Field is a multi-purpose stadium located in Incheon, South Korea. It is used for rugby and football matches, and is the home ground of the Incheon Hyundai Steel Red Angels of the WK League. The stadium also hosted the rugby sevens events at the 2014 Asian Games. 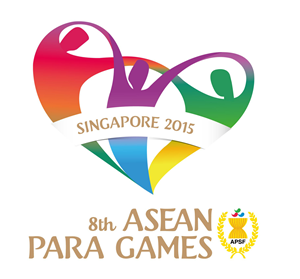