The 2016 World Cup of Golf (known as the 2016 ISPS Handa World Cup of Golf for sponsorship reasons) was a golf tournament played from 24–27 November at Kingston Heath Golf Club in Melbourne, Australia. [1] It was the 58th World Cup. [2] Twenty-eight countries competed as two-player teams. [3] The format was 72-hole stroke play; the first and third days were alternate shot, and the second and fourth days were four-ball play.

Jason Day, the individual champion of the 2013 World Cup of Golf, qualified automatically, representing Australia, and was allowed to select his partner as defined below. One player each from 27 other countries qualified based on their position in the Official World Golf Ranking on 1 August. The deadline for these players to commit was 11 August. [3]

The table below lists the teams in order of qualification (i.e. ranking of seeded player on 1 August 2016), together with their World Ranking at the time of the tournament.

The following players were eligible to be a seeded player but did not commit. The order is based on the World Rankings on 1 August 2016. Three countries with an eligible player did not compete: Argentina, Fiji and Paraguay. They were replaced by Chinese Taipei, India and Malaysia.

The WGC-Dell Technologies Match Play is a professional golf tournament hosted at the Austin Country Club in Texas since 2016, and is the only one of the four annual World Golf Championships to be contested using match play format.

The WGC-FedEx St. Jude Invitational is a professional golf tournament hosted at TPC Southwind in Memphis, Tennessee, and is one of the four annual World Golf Championships.

The PGA EuroPro Tour is a men's developmental professional golf tour. It was created in 2002 by the merger of two development tours, the EuroPro Tour and the PGA MasterCard Tour, as the Professional Golfers' Association and Barry Hearn's Matchroom Sport joined forces. 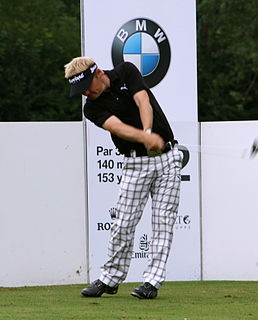 Søren Kjeldsen is a Danish golfer who plays on the European Tour.

The Australian Masters was an annual golf tournament on the PGA Tour of Australasia held in Victoria, Australia from 1979 to 2015.

The 2007 Omega Mission Hills World Cup took place from 22 November to 25 November at Mission Hills Golf Club in Shenzhen, China. It was the 53rd World Cup. 28 countries competed and each country sent two players. The team purse is $5,000,000 with $1,600,000 going to the winner. The Scottish team of Colin Montgomerie and Marc Warren won the tournament. They defeated the American team of Heath Slocum and Boo Weekley in a playoff on the third extra hole. This was the first time that Scotland won the World Cup. 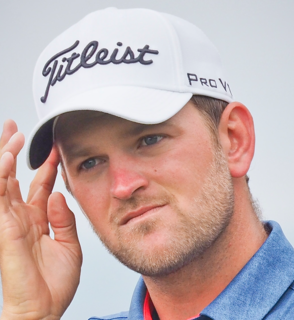 Bernd Wiesberger is an Austrian professional golfer who plays on the European Tour. He finished the 2019 season in third place on the Race to Dubai standings, his career best finish to date.

The 2013 ISPS Handa World Cup of Golf is a golf tournament that was played 21–24 November at Royal Melbourne Golf Club in Melbourne, Australia. It was the 57th World Cup. The format changed from being a team event to being primarily an individual event with a team component. Sixty players from 34 countries competed in the individual tournament and 26 teams competed for the team prize. The total purse was US$8 million, $7 million for the individual competition and $1 million for the teams. The event was a 72-hole stroke play tournament. Official World Golf Ranking points were award for the first time in the World Cup.

The 2016 EurAsia Cup presented by DRB-HICOM was the second edition of the EurAsia Cup, a team golf event contested between teams representing Asia and Europe. It was held from 15–17 January at the Glenmarie Golf and Country Club in Shah Alam, Selangor, Malaysia. The inaugural event in 2014 finished in a tie, and so the Cup was shared between the teams. For the 2016 edition, the team size was increased from 10 to 12 with a corresponding increase in the number of matches from 20 to 24.

This article summarizes the highlights of professional and amateur golf in the year 2016.

The 2018 World Cup of Golf is a golf tournament that was played from 22–25 November at Metropolitan Golf Club in South Oakleigh, Victoria, Australia. It was the 59th World Cup. The format is 72-hole stroke play; the first and third days were four-ball, and the second and fourth days were foursomes play.

The 2020 European Tour is the 49th season of golf tournaments since the European Tour officially began in 1972 and the 12th edition of the Race to Dubai.