Presidential elections were held in São Tomé and Príncipe on 18 July 2021. [1] As no presidential candidate received a majority of the vote, a second round was originally scheduled to be held on 8 August 2021. [2] However, following an objection to the first-round result, the second round was postponed to 29 August 2021, and later postponed again to 5 September 2021. [3] [4]

The President of São Tomé and Príncipe is elected using the two-round system for a five-year term. If no candidate receives more than 50% of the vote in the first round of voting, a run-off is held with the top two candidates. [7] The role of president is largely ceremonial, with power in the hands of the prime minister. [8]

Incumbent president Evaristo Carvalho did not seek re-election. [1] Former prime minister Patrice Trovoada had been mentioned as a potential candidate, despite corruption allegations; [11] he also did not file as a candidate. [1]

For the first round, the campaign took place in the two weeks prior to election day. [9] Most of the candidates denounced corruption in the country. In his 12 July national holiday speech, outgoing president Evaristo Carvalho denounced the practice of "bathing" ("banho"), or buying votes, as "exploitation of the poverty of citizens. [15] [10] The Union for Progress and Change in Principe, the majority party in the Príncipe island assembly since its founding in 2006, did not support a candidate. [16]

The campaign for the second round began on 26 August and lasted ten days plus. On the first day of the campaign, Minister of Health Edgar Neves warned of the exponential increase in the number of cases of COVID-19 and that a third wave of the pandemic was beginning in the country. [17]

According to the president of the National Electoral Commission, Fernando Maquengo, the campaign took place in an atmosphere of peace and tranquility. [18] The election was marked by protective measures related to the COVID-19 pandemic. [9] Gatherings were forbidden and social distancing was mandatory, [9] instructions that were not always respected by the candidates. [18]

Four election observation missions were sent, from the African Union, the Economic Community of Central African States (including representatives from Angola, Guinea-Bissau, Mali, and Cameroon) [19] the United States, and Japan. [9] In a preliminary report, African Union observers praised the "peaceful and calm environment" in which the second round took place. [20]

The second round was won by Carlos Vila Nova of the country's largest opposition party, Independent Democratic Action, who received 58% of the vote, defeating Guilherme Posser da Costa of the ruling MLSTP–PSD. [5] Turnout for the second round was around 65%. [6] The runoff was required after neither candidate reached 50% of the vote in the first round on 18 July, with Vila Nova receiving 39.5% and Posser da Costa 20.7%. [8]

Vila Nova said, "With the announcement of the preliminary results, I won those elections in a clear way and this result allows me to be considered as the elected President." [21]

The prime minister of Sao Tome and Principe, Jorge Bom Jesus, congratulated the President-elect, Carlos Vila Nova, on his victory in the second round of the presidential election last Sunday and said he was available for “all collaboration and loyalty”. [22] 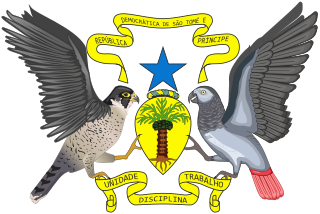 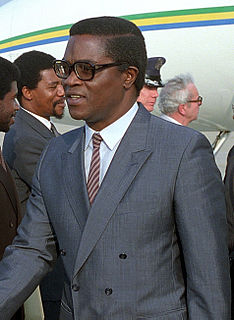 The Portuguese presidential election of 1991 was held on 13 January.

The Portuguese presidential election of 1986 was held on 26 January, the second round took place on 16 February.

The Portuguese presidential election of 1980 was held on 7 December.

The Portuguese presidential election of 2001 was held on 14 January.

A Portuguese presidential election was held on 22 January 2006 to elect a successor to the incumbent President Jorge Sampaio, who was term-limited from running for a third consecutive term by the Constitution of Portugal. The result was a victory in the first round for Aníbal Cavaco Silva of the Social Democratic Party candidate, the former Prime Minister, won 50.54 percent of the vote in the first round, just over the majority required to avoid a runoff election. It was the first time in which a right-wing candidate was elected President of the Republic since the 1974 Carnation Revolution.

The Portuguese presidential election of 1976 was held on 27 June.

Guilherme Posser da Costa is a São Toméan who served as the Prime Minister of São Tomé and Príncipe from 1999 to 2001. 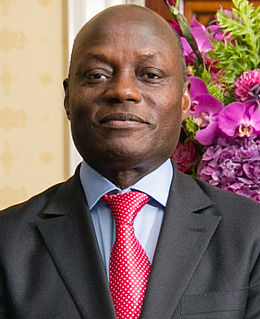 A Portuguese presidential election was held on 24 January 2016. This election chose the successor to the President Aníbal Cavaco Silva, who was constitutionally not allowed to run for a third consecutive term.

Presidential elections were held in São Tomé and Príncipe on 17 July 2016. Initial results suggested Evaristo Carvalho of Independent Democratic Action had been elected in the first round of voting, defeating incumbent President Manuel Pinto da Costa; however, the results was subsequently annulled, necessitating a second round between Carvalho and Pinto da Costa, which was held on 7 August. However, Pinto da Costa boycotted the second round after claiming the first round had been fraudulent, meaning Carvalho was elected unopposed.

Presidential elections were held in Portugal on 24 January 2021. The incumbent President, Marcelo Rebelo de Sousa, was reelected for a second term.

This national electoral calendar for 2021 lists the national/federal direct elections that were and are scheduled to be held in 2021 in all sovereign states and their dependent territories. By-elections are excluded, though national referendums are included. Specific dates are given where these are known.

Presidential elections are scheduled to be held in Cape Verde on 17 October 2021.

Elsa Garrido is a Sao Tomean politician and environmentalist. She is President of the Social Democratic Movement/Green Party of São Tomé and Príncipe, and presidential candidate in the 2021 São Toméan presidential election.