38 Parrots (Russian : 38 попугаев, translit.  Tridtsat vosem popugaev) is a series of ten children's cartoons produced in the Soviet Union between 1976 and 1991 by Soyuzmultfilm. Featuring animated puppets, the series portrays the amusing adventures of four friends: the talkative chimpanzee Martyshka, the shy young elephant Slonyonok, the eccentric parrot Popugai, and the thoughtful boa Udav.

The title of the series comes from the very first episode, where Udav has his length measured in parrots. In most episodes the heroes solve paradoxes related to language and meaning. In one, for example, they discuss the number of nuts it takes to make a whole pile. In another, they tackle the problem of how to convey a greeting without it disappearing in transit.

The year 1975 involved some significant events in television. Below is a list of television-related events which happened that year.

The year 1981 in television involved some significant events. Below is a list of television-related events during 1981. 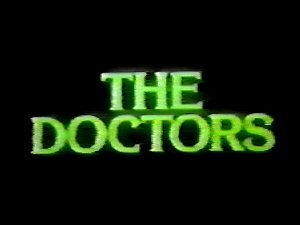 The Doctors is an American daytime soap opera television series which aired on NBC from April 1, 1963, to December 31, 1982. There were 5,155 episodes produced, with the 5,000th episode airing in May 1982. The series was set in Hope Memorial Hospital in a fictional town called Madison.

Shaun Paul Cassidy is an American singer, actor, writer and producer. Cassidy starred in the television series The Hardy Boys Mysteries (1977–1979), Breaking Away (1980–1981) and a stint on the daytime soap General Hospital (1987). In the 1980s and 90s, Cassidy worked almost exclusively as an actor in the theater, performing on Broadway and in the West End of London. Since the mid-1990s, Cassidy has been a writer and producer in television, creating and producing a number of television series, including American Gothic, Roar and Invasion. He is currently the consulting producer on NBC's medical drama New Amsterdam. Cassidy is the eldest son of Academy Award-winning actress Shirley Jones and Tony Award-winning actor Jack Cassidy. His older half-brother was David Cassidy. 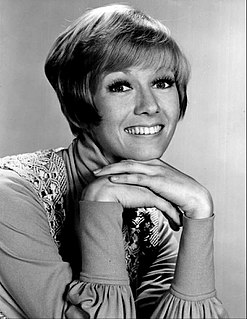 Sandra Kay Duncan is an American actress, comedian, singer and dancer, of stage and television. She is known for her performances in the Broadway revival of Peter Pan and in the sitcom The Hogan Family. Duncan has been nominated for three Tony Awards, two Emmy Awards, and two Golden Globe Awards. 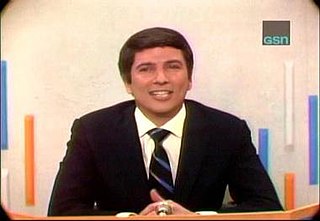 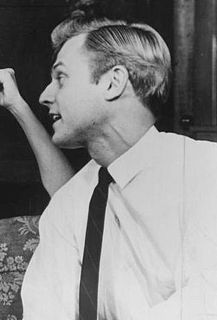 Ken Kercheval was an American actor, best known for his role as Cliff Barnes on the television series Dallas and its 2012 revival. 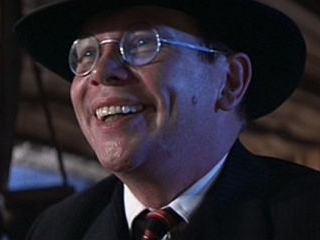 Ronald William Lacey was an English-born actor of Welsh descent. He made numerous television and film appearances over a 30-year period and is perhaps best remembered for his roles as Harris in Porridge, Gestapo agent Major Arnold Ernst Toht in Raiders of the Lost Ark and the Bishop of Bath and Wells in Blackadder II.

Mike Holoway is a British musician and actor. He was the drummer and percussionist in Flintlock and at the same time became an actor, notably in the cult TV series The Tomorrow People.

Rosie is a British sitcom written by Roy Clarke that was broadcast between 1977 and 1981. It was set in the fictitious Yorkshire town of Ravensbay, a name most probably derived from a combination of Ravenscar and Robin Hood's Bay, seaside villages near the seaside town of Scarborough, North Yorkshire where the series was filmed. The central character was PC Penrose ("Rosie"), a young and inexperienced police officer, played by Paul Greenwood. 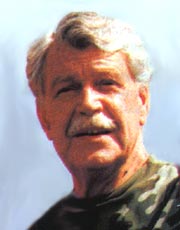 Vsevolod Dmitrievich Larionov was a Russian film and television actor and a People's Artist of the RSFSR, an honorary title granted to citizens of the Soviet Union.

Sergei Petrovich Nikonenko is a Russian actor. He performed in more than eighty films since 1961. 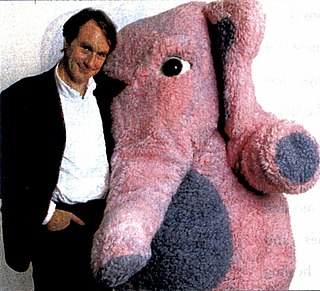 Ronald Victor Saunders is an Australian film and television producer, writer and director. He has worked in almost every genre of film and his career has spanned over 30 years. He is particularly known for specialising in children's television and for co-creating the successful Australian children's television series Johnson and Friends, with Ian Munro (director) and John Patterson (writer) and later on, The Girl from Tomorrow, Spellbinder and Magic Mountain.