The studio was established by SMEJ's animation production division, Aniplex, on May 9, 2005, to animate its anime series and productions. [3] [4] In 2006, it co-produced the original production Zenmai Zamurai , and in October of the same year, established a studio in Asagaya. In the following year, 2007, the studio produced its first series, Ōkiku Furikabutte .

Originally established to oversee the production of only a few of Aniplex's family-oriented series, the studio has since grown and expanded as a full-fledged studio involved in the production of a wide range of media and anime productions and other activities, which it has overseen. The studio has also expanded its international presence, participating in the noted international convention, Anime Expo 2007 (AX 2007), held in Long Beach, California, and having its own panel there. [5]

In 2010, A-1 Pictures worked in collaboration with a joint project of TV Tokyo's anime department and Aniplex called Anime no Chikara for the creation of original anime series. [6] Three anime series were produced that year for the project: Sound of the Sky , Night Raid 1931 and Occult Academy .

In April 2018, A-1 Pictures rebranded its Kōenji Studio as CloverWorks, giving it a unique brand identity, which made it distinguishable from its main Asagaya Studio. [7] [8] On October 1, 2018, CloverWorks separated from A-1 Pictures, although it still remains as a subsidiary under Aniplex. [9]

Funimation Global Group, LLC is an American entertainment company that specializes in the dubbing and distribution of East Asian media, most notably Japanese anime. The company was founded on May 9, 1994 by Gen Fukunaga and his wife Cindy in Silicon Valley, with funding by Daniel Cocanougher and his family, who became investors in the company, which then relocated to North Richland Hills, Texas. Funimation is one of the leading distributors of anime and other foreign entertainment properties in North America. It has licensed popular series, such as Dragon Ball, One Piece, YuYu Hakusho, My Hero Academia, Attack on Titan, Fairy Tail, Black Clover, Fruits Basket, Assassination Classroom, Cowboy Bebop, Tokyo Ghoul, and Code Geass among many others.

Bleach is a Japanese anime television series based on Tite Kubo's manga of the same name. It was produced by Studio Pierrot and directed by Noriyuki Abe. The series aired on TV Tokyo from October 2004 to March 2012, spanning 366 episodes. The story follows the adventures of Ichigo Kurosaki after he obtains the powers of a Soul Reaper—a death personification similar to the Grim Reaper—from another Soul Reaper, Rukia Kuchiki. His newfound powers force him to take on the duties of defending humans from evil spirits and guiding departed souls to the afterlife. The anime adaptation includes original storylines not found in the manga with repeated appearances and stories containing these original characters. 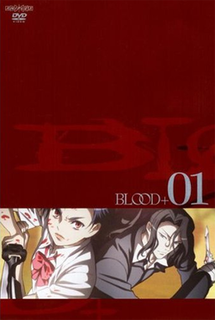 Blood+ is a Japanese anime television series produced by Production I.G and Aniplex and directed by Junichi Fujisaku. The series was broadcast on MBS and TBS from October 2005 to September 2006. Blood+ is licensed for international distribution in several regions through Sony Pictures' international arm, Sony Pictures Television International (SPTI).

Black Butler is a Japanese manga series written and illustrated by Yana Toboso. It has been serialized in Square Enix' shōnen manga magazine Monthly GFantasy since September 2006. The series follows Ciel Phantomhive, a twelve-year-old boy head of the Phantomhive household, an aristocratic family known as the Queen's Watchdog. He is tasked with solving crimes in London's underworld. Ciel has formed a contract with Sebastian Michaelis to seek revenge against those who tortured him and murdered his parents. Sebastian is a demon who has taken on the disguise of a butler, and in exchange for his services, he will be allowed to consume Ciel's soul.

Blue Exorcist is a Japanese dark fantasy manga series written and illustrated by Kazue Kato. The story revolves around Rin Okumura, a teenager who discovers he and his twin brother Yukio are the sons of Satan, born from a human woman, and he is the inheritor of Satan's powers. When Satan kills their guardian, Rin enrolls at True Cross Academy to become an exorcist under Yukio's tutelage in order to defeat his father Satan.

Sound of the Sky is a Japanese anime television series produced by A-1 Pictures and Aniplex and directed by Mamoru Kanbe. The 12-episode anime aired in Japan on the TV Tokyo television network between January 4, 2010 and March 22, 2010. The anime was also simulcast on Crunchyroll. Sound of the Sky was the debut project of Anime no Chikara. A manga adaptation illustrated by Yagi Shinba began serialization in the January 2010 issue of ASCII Media Works' Dengeki Daioh magazine. A visual novel developed by Compile Heart was released on the PlayStation Portable in May 2010.

Aniplex of America Inc. or Aniplex USA is the U.S. distribution enterprise of Aniplex, an anime and music production company owned by Sony Music Entertainment Japan. It was established in March 2005 in Santa Monica, California, with the goal of reinforcing the parent company's licensing business in the North American market. They operate the English language version of the Aniplex+ store, and from 2013 to 2017 operated a streaming service called Aniplex Channel through their website. The company most of the time only directly releases its titles in the Americas, however, some of its titles have been released in other territories by other distributors, such as Anime Limited, Manga Entertainment, MVM Films, Madman Anime Group, and Siren Visual.

Saekano: How to Raise a Boring Girlfriend, also known in the long form Saenai Heroine no Sodatekata and the short form Saekano, is a Japanese romantic comedy light novel series written by Fumiaki Maruto, with illustrations by Kurehito Misaki. Fujimi Shobo published thirteen volumes between July 2012 and October 2017 under their Fujimi Fantasia Bunko imprint. The story follows high school student Tomoya Aki, who recruits a trio of beautiful girls to help him develop a visual novel to sell at the Comiket convention.

Black Clover is a Japanese manga series written and illustrated by Yūki Tabata. The story centers around Asta, a young boy born without any magic power. This is unknown to the world he lives in because seemingly everyone has some sort of magic power. With his fellow mages from the Black Bulls, Asta plans to become the next Wizard King. It has been serialized in Shueisha's Weekly Shōnen Jump magazine since February 2015, with its chapters collected in 29 tankōbon volumes as of July 2021. 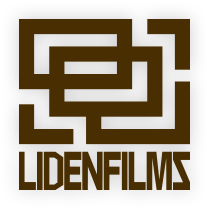 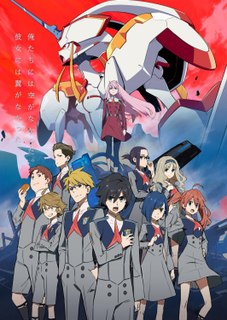 Darling in the Franxx, abbreviated as DarliFra, is a 2018 Japanese science fiction romance anime television series co-produced by A-1 Pictures and Trigger and animated by Trigger and CloverWorks that premiered in January 2018. The series was announced at Trigger's Anime Expo 2017 panel in July 2017. A manga adaptation by Kentaro Yabuki and another four-panel comic strip manga began serialization in January 2018.

Persona 5: The Animation is an anime television series produced by CloverWorks based on the Persona 5 video game by Atlus. The anime series is directed by Masashi Ishihama and written by Shinichi Inotsume, with Tomomi Ishikawa adapting Shigenori Soejima's original character designs for the animation. Atlus employee Kazuma Kaneko created the original demon designs, while music composer Shoji Meguro reprised his role from the game.

The ninth and final season of the Fairy Tail anime series was directed by Shinji Ishihara and produced by A-1 Pictures, CloverWorks, and Bridge. Like the rest of the series, it follows the adventures of Natsu Dragneel and Lucy Heartfilia of the fictional guild Fairy Tail. This season contains two story arcs: the first seven episodes continue the "Avatar" arc, which adapts material from the final chapter of the 49th volume to the second-to-last chapter of the 51st volume of the Fairy Tail manga by Hiro Mashima, depicting Natsu, Lucy, and Happy's journey to reorganize their disbanded guild; the remaining 44 episodes form the "Alvarez" arc, which adapts material from the last chapter of the 51st volume to the manga's conclusion, depicting the guild's war with the militaristic Alvarez Empire, and Natsu's final battle with his adversaries Zeref and Acnologia.

22/7 is a Japanese anime series created as part of the multimedia project between Yasushi Akimoto, Aniplex, and Sony Music Records. The series features the idol girl group of the same name.