Club Athletico Paranaense is a Brazilian football team from Curitiba in Paraná, founded on March 26, 1924. The team won the Campeonato Brasileiro Série A, Brazil's top football division, in 2001, the Copa Sudamericana in 2018 and the Copa do Brasil in 2019.

Goiás Esporte Clube is a Brazilian sports club, best known for its association football team, located in Goiânia, Goiás state. It's the biggest club of the Central-West Region. Goiás has won Brazilian's second tier Série B twice, also 28 Campeonato Goiano and 3 Copa Centro-Oeste. Goiás' football team has been a mainstay in premiere Brazilian league Série A and has been promoted to Latin America's Copa Libertadores twice and South America's Copa Sudamericana six times. Its main rivals are Vila Nova, Atlético Goianiense and Goiânia. Goiás has a wide advantage in matches between the two teams.

Futebol Clube Barreirense is a Portuguese sports club founded on 11 April 1911. The main sports are football and basketball. In both sports, the club has represented Portugal in European competitions. In basketball, the club won 2 national championships and 6 Portuguese Cups. The club also offers chess, gymnastics and kick-boxing.

Sporting Clube da Covilhã, commonly known as just Sporting da Covilhã, is Portuguese football club from the city of Covilhã that plays in the second-tier LigaPro. The club was founded in 1923. Their nickname is the Leões da Serra, meaning "Lions of the Mountain Range," due to Covilhã's location in the Serra de Estrela, the highest mountains in Portugal.

OFC Vihren is a Bulgarian football club from the town of Sandanski, currently playing in the South-West Third League. Sandanski's home ground is the Sandanski Stadium in Sandanski with a capacity of 6,000. Vihren Sandanski's team colours are green and white.

Club Sport Marítimo B is a Portuguese football club that currently plays in the Campeonato de Portugal. They are the reserve team of Club Sport Marítimo. They play their home games at the Campo da Imaculada Conceição in the suburb of Santo António in Funchal, Madeira.

Red Bull Brasil is a professional football club in Campinas, Brazil. The team competes in Campeonato Paulista Série A2, the second tier of the São Paulo state football league. Founded on 19 November 2007, the club is owned by Red Bull GmbH and plays at the Estádio Moisés Lucarelli, which it shares with Ponte Preta.

The BSWW World Ranking is a ranking system for men's national teams in beach soccer, calculated by the sport's developmental body, Beach Soccer Worldwide (BSWW). The rankings are currently led by Portugal who have held the number one spot since March 2020. 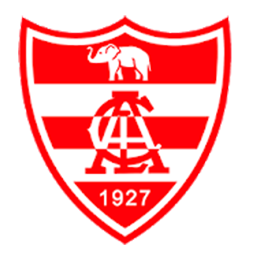 Clube Atlético Linense, commonly referred to as Linense, is a Brazilian professional association football club based in Lins, São Paulo. The team competes in the Campeonato Paulista Série A3, the third tier of the São Paulo state football league. 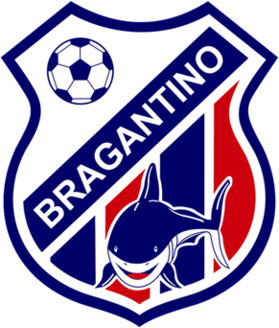