Albert Henry 'Chelly' Halsey (13 April 1923 [1] – 14 October 2014) was a British sociologist. He was Emeritus Professor of Social and Administrative Studies at the Department of Social Policy and Intervention, University of Oxford, and a Fellow of Nuffield College, Oxford.

Halsey 'worked in what he called the "political arithmetic" tradition throughout his career, with the dual tasks of documenting the state of society, and addressing social and political issues through "experimental social administration"' [2]

He presented the BBC's annual Reith Lectures in 1978.

Halsey was an adviser for Anthony Crosland; [3] and on education played an '"activist" role in policy development in the UK and internationally, through his work on educational reform...and as research adviser to Crosland at the DES with the introduction of comprehensive schooling in the UK'. [4] [5]

Generally accepted has been 'A. H. Halsey's assertion that in capitalist industrial societies "It is inevitable that the educational system should come into close relationship with the economy."' [6]

'Halsey's creed of "ethical socialism" springs from a lasting Anglican belief. His background was not just working class, but respectable working class'. [7]

Despite a hankering for social consensus in Britain, "as Halsey confesses, such a consensus became more difficult to sustain as the twentieth century proceeded; unfortunately the 'bases of social integration in Christian belief, national and imperial success, localised kinship and collective self-help institutions...were all to decay.'" [8]

In 1978 the BBC invited Halsey to present its annual Reith Lectures. Across a series of six radio lectures, titled "Change in British Society" he explored a sociological perspective on contemporary Britain. The lectures examined topics such as class, status, the rise of organisations, the nuclear family and fraternity.

Selected works co-authored by Halsey and others 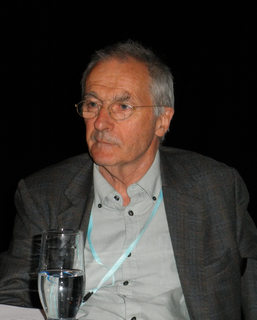 John Stephen Jones is a British geneticist and from 1995 to 1999 and 2008 to June 2010 was Head of the Department of Genetics, Evolution and Environment at University College London. His studies are conducted in the Galton Laboratory. He is also a television presenter and a prize-winning author on the subject of biology, especially evolution. He is a popular contemporary writer on evolution. In 1996 his work won him the Michael Faraday Prize "for his numerous, wide ranging contributions to the public understanding of science in areas such as human evolution and variation, race, sex, inherited disease and genetic manipulation through his many broadcasts on radio and television, his lectures, popular science books, and his once-regular science column in The Daily Telegraph and contributions to other newspaper media".

The Reith Lectures is a series of annual radio lectures given by leading figures of the day, commissioned by the BBC and broadcast on BBC Radio 4 and the BBC World Service. The lectures were inaugurated in 1948 by the BBC to mark the historic contribution made to public service broadcasting by Lord Reith, the corporation's first director-general. 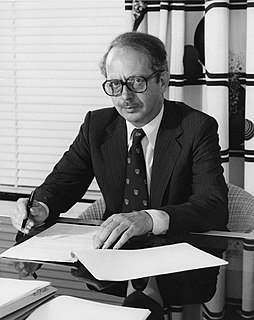 Ralf Gustav Dahrendorf, Baron Dahrendorf, was a German-British sociologist, philosopher, political scientist and liberal politician. A class conflict theorist, Dahrendorf was a leading expert on explaining and analysing class divisions in modern society. Dahrendorf wrote multiple articles and books, his most notable being Class Conflict in Industrial Society (1959) and Essays in the Theory of Society (1968).

Richard Henry Tawney was an English economic historian, social critic, ethical socialist, Christian socialist, and important proponent of adult education. The Oxford Companion to British History (1997) explained that Tawney made a "significant impact" in all four of these "interrelated roles". A. L. Rowse goes further by insisting that "Tawney exercised the widest influence of any historian of his time, politically, socially and, above all, educationally".

Gordon Marshall is a sociologist and former Director of the Leverhulme Trust in England.

Sir Robert Birley KCMG was an English educationalist who was head master of Charterhouse School, then Eton College, and an anti-apartheid campaigner. He acquired the nickname "Red Robert", as even his moderate liberal politics caused concern for the conservative members of the Eton school of governors. His predecessor, Claude Aurelius Elliott was appointed provost and in his capacity as chair of the board of governors, living next door to Birley, he was able to keep an eye on Robert.

The post-war consensus is a thesis that describes the political co-operation in post-war British political history, from the end of World War II in 1945 to the late-1970s, and its repudiation by Conservative Party leader Margaret Thatcher. Majorities in both parties agreed upon it. The consensus tolerated or encouraged nationalisation, strong trade unions, heavy regulation, high taxes, and a generous welfare state.

Thomas Humphrey Marshall (1893–1981) was an English sociologist who is best known for his essay "Citizenship and Social Class," a key work on citizenship that introduced the idea that full citizenship includes civil, political, and social citizenship.

The sociology of education is the study of how public institutions and individual experiences affect education and its outcomes. It is mostly concerned with the public schooling systems of modern industrial societies, including the expansion of higher, further, adult, and continuing education.

Geoffrey Alan Hosking is a British historian of Russia and the Soviet Union and formerly Leverhulme Research Professor of Russian History at the School of Slavonic and East European Studies (SSEES) at University College, London. He also co-founded Nightline.

Schooling in Capitalist America: Educational Reform and the Contradictions of Economic Life is a 1976 book by economists Samuel Bowles and Herbert Gintis. Widely considered a groundbreaking work in sociology of education, it argues the "correspondence principle" explains how the internal organization of schools corresponds to the internal organisation of the capitalist workforce in its structures, norms, and values. For example, the authors assert the hierarchy system in schools reflects the structure of the labour market, with the head teacher as the managing director, pupils fall lower down in the hierarchy. Wearing uniforms and discipline are promoted among students from working class, as it would be in the workplace for lower levels employees. Education provides knowledge of how to interact in the workplace and gives direct preparation for entry into the labour market.

The social structure of the United Kingdom has historically been highly influenced by the concept of social class, which continues to affect British society today.

Scott Lash is a professor of sociology and cultural studies at Goldsmiths, University of London. Lash obtained a BSc in Psychology from the University of Michigan, an MA in Sociology from Northwestern University, and a PhD from the London School of Economics (1980). Lash began his teaching career as a lecturer at Lancaster University and became a professor in 1993. He moved to London in 1998 to take up his present post as Director for the Centre for Cultural Studies and Professor of Sociology at Goldsmiths College.

The Future of Socialism is a 1956 book by Anthony Crosland. It was one of the most influential books in post-war British Labour Party thinking. It was the seminal work of the 'revisionist' school of Labour politics.

The British Journal of Sociology is a peer-reviewed academic journal that was established in 1950 at the London School of Economics. It represents the mainstream of sociological thinking and research and publishes high quality papers on all aspects of the discipline, by academics from all over the world.

Jerome Bernard Karabel is an American sociologist, political and social commentator, and Professor of Sociology at the University of California at Berkeley. He has written extensively on American institutions of higher education and on various aspects of social policy and history in the United States, often from a comparative perspective.

Anthony Francis Heath, CBE, FBA is a British sociologist who is a professor of sociology at Oxford University and a professorial fellow of Nuffield College, Oxford.

Jean Esther Floud was a prominent educational sociologist and later an academic. She was Principal of Newnham College, Cambridge, from 1972 to 1983.

Roger Keith Kelsall, commonly known by his middle name Keith, was a Scottish sociologist and academic. He held the first Chair in Sociological Studies at the University of Sheffield from 1960 to 1975.