ATV (known as Andina de Televisión), is a Peruvian television network founded in 1959 and relaunched in 1983. The network is the flagship property of Grupo ATV one of Peru's largest media and broadcasting companies.

What is known today as ATV started in 1969 with Alfonso Pereyra as its first manager. After unsuccessful attempts to run it in the early 1970s and subsequent political turmoil in Peru, the station was closed; however, it became a TV Perú local station for the capital area.

By 1981, the channel was under new leadership. Carlos Tizón Pacheco, who financed the 1980 presidential campaign of President Fernando Belaúnde Terry, and then-president of local auto firm PROMASA, took over the channel frequency with his firm Andina de Radiodifusión, S.A., with test broadcasting commencing on May 9 the same year. After two years the channel returned to broadcasting on April 18, 1983, with President Terry presiding.

Since then the station has quickly gained a Peruvian audience by showing foreign films and broadcasting dramas, usually from Brazil. Until 1992 the station was known as Canal 9 (Channel 9), after its Lima, Peru VHF frequency, up until 1986 it had only been a local station, with national broadcasting starting only in 1987.

On January 14, 1992, due to the interconnection via satellite at the national level, the then denominated Channel 9 changes its name to ATV (abbreviation of Andina de Televisión).

The station is among the most watched television stations in Peru, often obtaining high ratings from past TV shows such as Magaly TV, a magazine and gossip show hosted by Peruvian journalist Magaly Medina.

In November 2006, the Peruvian Minister of Transports and Communications published in Peru's official newspaper "El Peruano" a decree concerning Digital terrestrial television. In April 2007, ATV started to test their HD channel with American ATSC system on channel 30. Then when Peru adapted ISDB-T years later, ATV began testing transmissions in the capital in 2010. 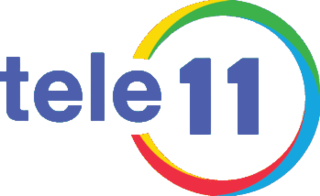 WLII-DT, virtual and VHF digital channel 11, branded on-air as TeleOnce, is a dual Univision/UniMás-affiliated television station serving San Juan, Puerto Rico that is licensed to Caguas. The station is owned by Burbank, California-based Liberman Media Group. WLII-DT's studios are located on Calle Carazo in Guaynabo, and its transmitter is located near the Bosque Estatal de Carite mountain reserve.

Television is one of the major mass media of Chile. It was introduced in 1957.

TV+ is a Chilean free-to-air television channel. Previously known as the Television Corporation of the Pontifical Catholic University of Valparaíso or UCV Televisión, it was the oldest television station in the country and the only regional network outside of Santiago that had nationwide coverage. It started broadcasting on an experimental level in the Pontifical University of Valparaíso's buildings in 1957 and was officially launched in August 1959. In 2017, it moved its offices to the Agua Santa district in Viña del Mar.

TV Perú is the flagship television network of Peruvian state broadcaster IRTP. It is Peru's first channel and the one to have the widest coverage area in the country.

Canal RCN is a Colombian free-to-air television network. It is a Colombian open television channel, belonging to the Ardila Lülle Organization. It was founded as a television content production company on March 23, 1967, and found its broadcasts as an independent channel on July 10, 1998. Its main shareholder is Carlos Ardila Lülle. It produced Yo soy Betty, la fea, one of the most successful Colombian telenovelas. 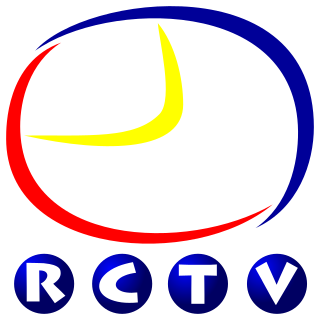 Cuba was the first Latin American country to begin television testing as on December 1946, station CM-21P conducted an experimental multi-point live broadcast. The first regular commercial broadcasting began in October 1950 by the small radio station Union Radio, soon followed by other stations. The broadcasts featured sport, soap operas, news, cooking shows, and comedy. Censorship was imposed following the 1952 coup by Fulgencio Batista, and again by the government of the Cuban revolution after their victory in 1959.

Trans TV is an Indonesian free-to-air television channel that is based in South Jakarta. The station is owned by Chairul Tanjung and was launched on 15 December 2001. Programming consists of newscasts, movies, drama series, variety shows, quiz shows and children's television series. Trans TV was Indonesia's main broadcaster of the 2018 FIFA World Cup, showing most group matches and all of the final matches, which led to the channel topping Indonesian television ratings as of 19 June 2018.

Telefe Rosario is an Argentine television station broadcasting on channel 5 from the city of Rosario, province of Santa Fe. As an affiliate of Telefe, its schedule consists of soap operas, movies, local news, entertainment shows and cartoons. It started broadcasting in color in 1980. 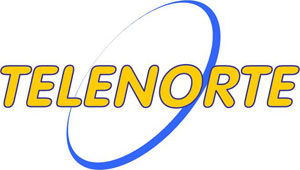 Telenorte was a Chilean Television network launched in 1966 and closed in 2001. The network had stations in Arica, Iquique, Antofagasta and La Serena.

Magaly Jesús Medina Vela is a Peruvian entrepreneur, presenter, radio and television producer; most known for the popular celebrity gossip show "Magaly TeVe", that ran from 1997 to 2012. In it, she talked about the lives and scandals of Peruvian celebrities from "Chollywood," a portmanteau of the words "Cholo" and "Hollywood," which she minted.

XHGK-TDT is a television station in Tapachula, Chiapas. XHGK broadcasts on virtual channel 13 and is part of the Telsusa regional network.

Luis Carlos Antonio Iberico Núnez is an Argentine-born Peruvian journalist and politician. Throughout his journalistic career, he served in various news stations during the 1980s and 1990s. He gained prominence for his fight against the Alberto Fujimori administration, denouncing several allegations of corruption involving the press. Alongside Fernando Olivera, he presented the first "Vladi-videos" that would prove the major corruption operations headed by Intelligence Chief Vladimiro Montesinos. His role in Fujimori's downfall would gain him support in a career in politics. 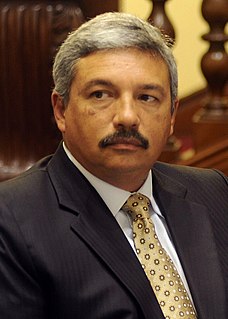 Alberto Ismael Beingolea Delgado is a Peruvian politician, who was the President of the Christian People's Party between 2017 and 2021. He was a former Congressman, representing Lima between 2011 and 2016. Before entering politics, he was a journalist and sports commentator.