A Glass of Beer

A Glass of Beer (Hungarian: Egy pikoló világos) is a 1955 Hungarian comedy film directed by Félix Máriássy and starring Éva Ruttkai, Tibor Bitskey and Elma Bulla. It is also known as A Half Pint of Beer.

Love is a 1971 Hungarian drama film directed by Károly Makk. Based on two short stories by Tibor Déry, Szerelem (1956) and Két asszony (1962), it stars Lili Darvas and Mari Törőcsik. The film was selected as the Hungarian entry for the Best Foreign Language Film at the 44th Academy Awards, but was not accepted as a nominee. 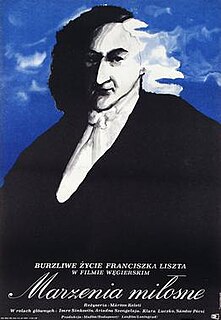 Dreams of Love – Liszt is a Hungarian-Soviet epic musical/drama produced and directed by Márton Keleti, based on the biography of the Hungarian composer and pianist Franz Liszt.

Cats' Play is a 1972 Hungarian drama film directed by Károly Makk. It was nominated for the Academy Award for Best Foreign Language Film and was entered into the 1974 Cannes Film Festival. It is based on the novel by István Örkény.

Éva Ruttkai was a Hungarian actress, well known from her work on stage, cinema, and television productions. She was the wife of Miklós Gábor, and later Zoltán Latinovits. 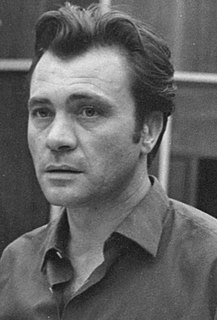 Tibor Bitskey was a Hungarian television and film actor.

Under the City is a 1953 Hungarian film directed by János Herskó. 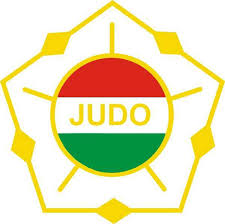