Aag (translation: Fire) is a 1994 Indian Hindi-language action drama film directed by K. Ravi Shankar. It is a remake of the Tamil film Maruthu Pandi . It marked the Cinematic debut of actress Sonali Bendre and she has won Filmfare Award for Lux New Face of the Year in 1995. [1]

Orphaned at a very young age, Raju lives a poor lifestyle with his unmarried sister, Laxmi, in India. Both are of marriageable age. One day Raju meets an attractive fellow-collegian, Parul, and after a few encounters with another fellow-collegian, Bobby, both fall in love. But Parul's uncle, Jagpal, has already arranged her marriage with Police Inspector Suryadev Singh. When Suryadev finds out that Parul is refusing to marry him, he arrests Raju on a charge of murder, holds him in a cell, and beats him mercilessly.

Laxmi, quite dramatically, takes a gun from a police officer, and helps Raju escape so as to prevent Parul from being forcibly married to Suryadev. They do manage to arrive in time, only to find out that Parul has consumed poison and killed herself. Raju is beside himself with rage, but is captured by the police, and watches helplessly as Parul is cremated. His horrors have not ended as Suryadev sexually assault's Laxmi and leaves her in a mentally unstable condition.

Raju takes Laxmi with him to a small village, where he hides her from other people as she has become visibly pregnant, and changes his name to Birju. He meets with a lovely village belle by the name of Bijli, who wants to marry him. What Raju does not know is that Bijli is a plainclothes policewoman, Inspector Barkha Sharma, who has been assigned to arrest him at any cost. She does confront him, and he confesses to killing Parul's uncle, Jagpal, and Barkha calls for reinforcements to escort Raju to jail. The Inspector in charge of the reinforcements is none other than Suryadev — and this time, he is determined to finish Raju once and for all. 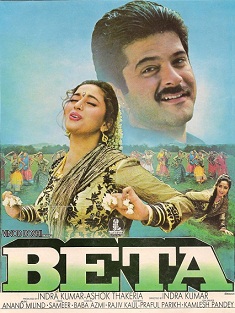 Sarfarosh (transl. Fervour) is a 1999 Indian action drama film written, produced and directed by John Matthew Matthan and starring Aamir Khan, Naseeruddin Shah, Sonali Bendre and Mukesh Rishi. John started working on Sarfarosh in 1992. Seven years were spent on the research, pre-production and production till it finally released in 1999. The film deals with an Indian police officer's quest to stop cross-border terrorism. 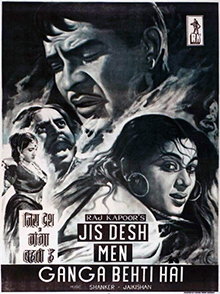 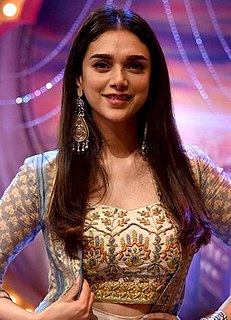 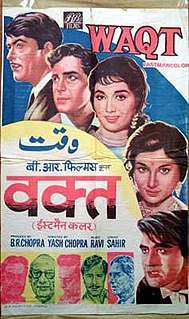 Waqt (transl. Time) is a 1965 Bollywood drama film, directed by Yash Chopra, and written by Akhtar Mirza and Akhtar-Ul-Iman. It made it onto the BFI's long list of films in consideration for their top ten of Indian films award. It was produced by B. R. Chopra and starred an ensemble cast including Sunil Dutt, Raaj Kumar, Shashi Kapoor, Sadhana, Balraj Sahni, Madan Puri, Sharmila Tagore, Achala Sachdev and Rehman. It pioneered the concept of films with multiple stars, starting a trend followed by other films. The film took the top spot at the box office in 1965. The plot of this movie re-introduced the lost and reunite formula in Bollywood, originally featured in the 1943 Ashok Kumar, Mumtaz Shanti starrer Kismat (fate). A happy family separated by Waqt (time) goes through a series of trials trying to reunite. The film was later remade into the Telugu as Bhale Abbayilu (1969) and in Malayalam as Kolilakkam (1981). 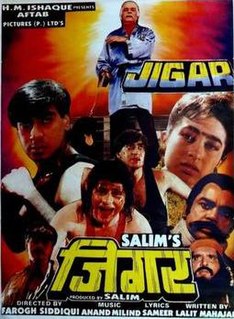 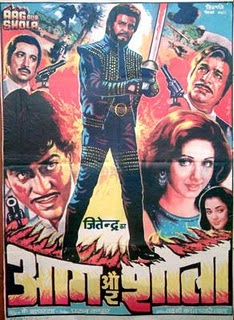 Aag Aur Shola is a 1986 Indian Hindi-language action romance film, produced by Prasan Kapoor under the Tirupati Pictures Enterprises banner, written by Kader Khan and directed by K. Bapaiah. It stars Jeetendra, Sridevi, Mandakini, Ashish Chanana and music composed by Laxmikant–Pyarelal. The film was a remake of the Tamil film Uyirullavarai Usha. 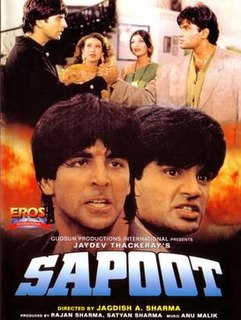 Bhai is a 1997 Indian Hindi gangster drama action film directed by Deepak Shivdasani, and written by Kader Khan. It starred Sunil Shetty, Pooja Batra, Sonali Bendre and Ashish Vidyarthi in lead roles. The film was a superhit at the box office. 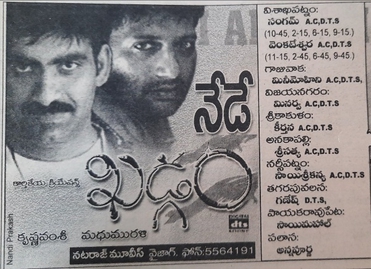 Qahar is a 1997 Indian Hindi action film directed and produced by Rajkumar Kohli. It stars Sunny Deol, Sunil Shetty, Armaan Kohli, Sonali Bendre, Rambha and Deepti Bhatnagar in pivotal roles. It was an average grosser at the box office. The film was a poor copy of the southern epic Thalapathi (1991)

Vishkanya is a 1991 Hindi action fantasy film of Bollywood, directed by Jag Mundhra and produced by Salila Parida. This is the debut movie of Indian actress, model Pooja Bedi and Riya Sen as the child actress. This film was released on 30 July 1991.