He was a grandson of Ali Turki, governor of Kef, and the nephew of Husayn I Bey. After the latter came to power in 1705, he was appointed governor of Sousse and then named heir apparent (1706). In 1724 he obtained the title of pasha from the Ottoman sultan. 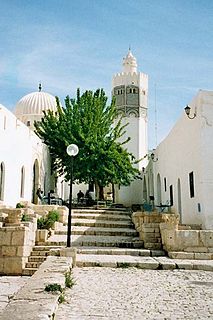 El Kef, also known as Le Kef, is a city in northwestern Tunisia. It serves as the capital of the Kef Governorate.

Sousse or Soussa is a city in Tunisia, capital of the Sousse Governorate. Located 140 km (87 mi) south of the capital Tunis, the city has 271,428 inhabitants (2014). Sousse is in the central-east of the country, on the Gulf of Hammamet, which is a part of the Mediterranean Sea. Its economy is based on transport equipment, processed food, olive oil, textiles, and tourism. It is home to the Université de Sousse.

Two years later, Husayn replaced him as heir with his son Muhammad; Ali therefore revolted, and, with the help of the dey of Algiers, defeated Husayn in 1735. [3] Soon after his entrance in Tunis, however, he was forced to pay a large indemnity to the Algerian troops camped under the city's walls, amounting to the load of 35 mules in silver, and to promise a yearly tribute of 50,000 rials to the dey.

The rial or piastre was the currency of Ottoman Tunis until 1891. It was subdivided into 16 kharub (caroub), each of 13 fals (burbe). The fals was further subdivided into 6 qafsi (burben). The nasri (asper) was worth 2 fals. The denomination was often either not given on coins or only indicated by a numeral. Some rial denominated coins have a numeral over the Arabic letter r, ر.

Husayn fled to Kairouan and tried to continue governing in Sousse and the Tunisian Sahel. Ali ordered his son Younes to besiege him. Husayn was captured and executed in 1740, but the latter's sons, Muhammad and Ali, fled and continued the civil war, one from Constantine and the other from Algiers.

Muhammad I ar-Rashid was the third leader of the Husainid Dynasty and the ruler of Tunisia from 1756 until his death.

Constantine (Arabic: قسنطينة‎ Qusanṭīnah, also spelled Qacentina or Kasantina, is the capital of Constantine Province in northeastern Algeria. During Roman times it was called Cirta and was renamed "Constantina" in honor of emperor Constantine the Great. It was the capital of the French department of Constantine until 1962. Located somewhat inland, Constantine is about 80 kilometres from the Mediterranean coast, on the banks of the tiny Rhumel River.

In 1741 Ali conquered the island of Tabarka from the Republic of Genoa, deporting 1,500 Christians to Tunis. In the same year he sent an expedition against the French Cap Nègre, which was captured by his son Younes. [4]

Tabarka is a coastal town located in north-western Tunisia, close to the border with Algeria. Tabarka's history is a colorful mosaic of Berber, Punic, Hellenistic, Roman, Islamic, Genoese and Turkish culture. The town is dominated by an offshore rock on which is remains a Genoese castle. Nationalist leader Habib Bourguiba, later president of post-independence Tunisia, was exiled here by the French colonial authorities in 1952. Tourist attractions include its coral fishing, the Coralis Festival of underwater photography, and its annual jazz festival. 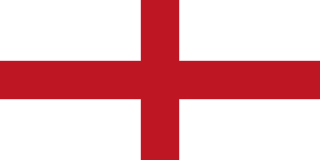 In his later years Ali had to face two rebellions. The first one was that led by Younes himself, who was able to seize Tunis, having the local authorities proclaim him bey. Ali besieged him in the citadel and forced him to flee to Algiers. The second came from the sons of Husayn, who were able to gain support from the dey of Algiers and invaded Tunisia with an army led by the dey of Constantine. The army reached Tunis, whose walls Ali had restored and strengthened with a ditch in the meantime. However, this did not prevent the Algerians from storming the city on 31 August 1756. Ali was deposed on 2 September and brought in chains to Algiers, where he was stripped naked and strangled twenty days later by partisans of his successor Muhammad I ar-Rashid. 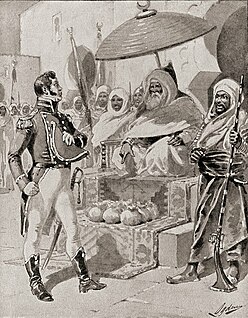 Dey, likely a local mispronunciation of the common Ottoman honorific title, bey, "lord", was the title given to the rulers of the Regency of Algiers (Algeria), Tripoli, and Tunis under the Ottoman Empire from 1671 onwards. Twenty-nine deys held office from the establishment of the deylicate in Algeria until the French conquest in 1830.

Muhammad III as-Sadiq GCB was the Husainid Bey of Tunis from 1859 until his death. Invested as Bey al-Mahalla on 10 June 1855, he succeeded his brother Muhammad II ibn al-Husayn on 23 September 1859. Named as divisional General in the Imperial Ottoman Army on 10 June 1855, he was promoted to the rank of Marshal on 10 December 1859. 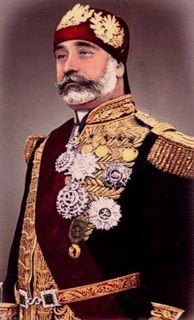 Muhammad El Hadi Bey, commonly referred to as Hédi Bey was the son of Ali III ibn al-Husayn and the fourteenth Husainid Bey of Tunis, ruling from 1902 until his death. 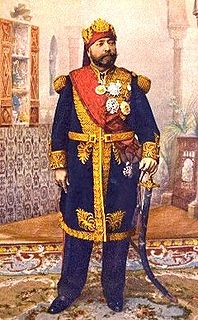 Muhammad V an-Nasir, commonly known Naceur Bey was the son of Muhammad II ibn al-Husayn and the fifteenth Husainid Bey of Tunis, ruling from 1906 until his death. He was named Divisional General of the Beylical army when he became Bey al-Mahalla on 11 June 1902, and assumed the rank of Marshal when he succeeded Muhammad IV al-Hadi on 11 May 1906. 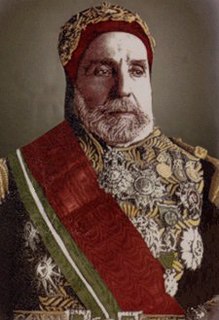 Ali Bey was the Husainid Bey of Tunis from 1882 until his death. He was the first ruler under the French protectorate. 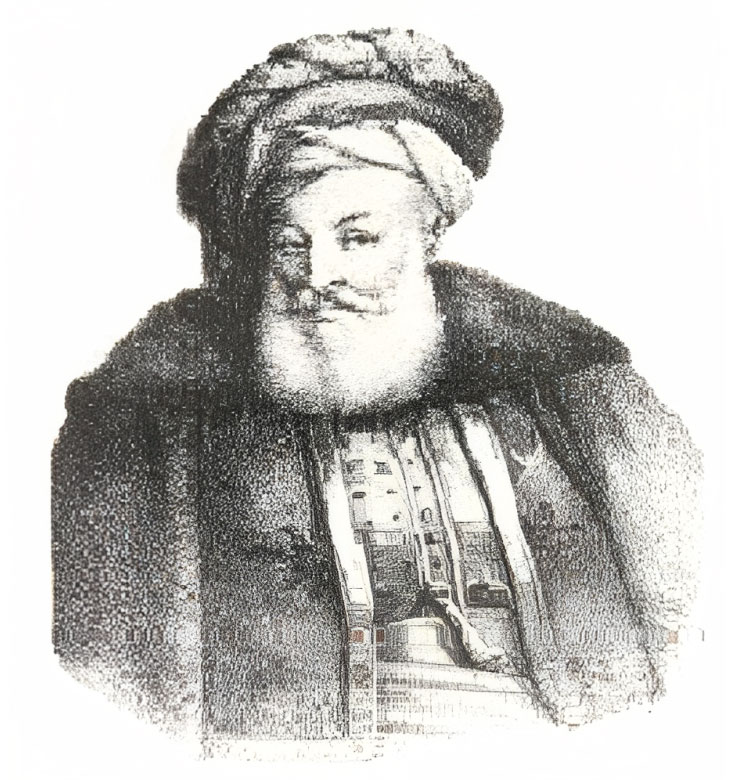 Ahmed Bey ben Mohamed Sherif, also known as Ahmed Bey or Hadj Ahmed Bey was the last Ottoman Bey of Constantine, in the Regency of Algiers, ruling from 1826 to 1848. He was the successor of Mohamed Menamenni Bey ben Khan. As head of state, he led the local population in a fierce resistance to the French occupation forces. In 1837 the territory was conquered by the French, who reinstated the Bey as ruler of the region. He remained in this position until 1848, when the region became a part of the colony of Algiers and the Bey was deposed. 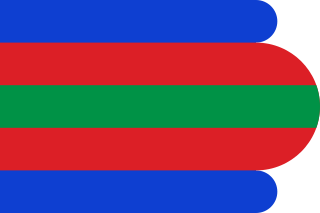 The Beylik of Tunis was a largely autonomous beylik of the Ottoman Empire founded on July 15, 1705, after the Husainid Dynasty led by Al-Husayn I ibn Ali at-Turki defeated the Turkish Deys, that controlled what is now Tunisia.

The Husainid dynasty is a former ruling dynasty of Tunisia, which was of Cretan Turkish origin. It came to power under al-Husayn I ibn Ali in 1705, succeeding the Muradid dynasty. After taking power, the Husainids ruled as Beys. Its succession to the throne was determined by agnatic seniority with the oldest member of the dynasty becoming Bey. The heir apparent to the Bey held the title Bey al-Mahalla. The Husainids originally ruled under the sovereignty of the Ottoman Empire. In 1881, with the Treaty of Bardo, Tunisia came under the control of France as a protectorate. Following independence from France on 20 March 1956, the Bey Muhammad VIII al-Amin assumed the title of King and reigned as such until the Prime Minister Habib Bourguiba deposed the dynasty and declared Tunisia a republic on 25 July 1957.

Al-Husayn I ibn Ali was the founder of the Husainid Dynasty, which ruled Tunisia until 1957.

The Muradid Dynasty (Mouradites) was a dynasty, which ruled over Tunisia from 1613 to 1705.

Hammuda Pasha Bey, died 1666 was the second Bey of the Tunisian Muradid dynasty. He reigned from 1631 until his death.

Ibrahim Bey, of his name Ibrahim Bey El-Greitli, chief of the Haraktas, was a bey of the province of Constantine, who reigned from July 1822 to December 1824. He was of Turkish origin.

Mourad II Bey, died 1675 in the palace of Bardo was the third Muradid Bey of Tunis from 1666 until his death. 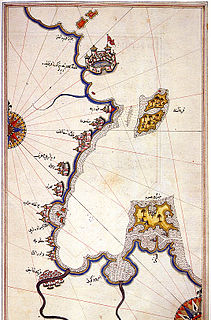 The Revolutions of Tunis or the Muradid War of Succession was a period of troubles and civil wars in Ottoman Tunisia. It ran from the death of the Muradid sovereign Murad II Bey in 1675 until the seizure of power by the Husainid sovereign Al-Husayn I ibn Ali at-Turki in 1705. The belligerents were Ali Bey al-Muradi and Muhammad Bey al-Muradi, their uncle Muhammad al-Hafsi al-Muradi, several Deys of Tunis, the Turkish militia in Tunis and the Dey of Algiers.

Ibrahim Sharif was Bey of Tunis from 1702 to 1705, during the period of crisis which brought an end to the Muradid dynasty and preceded the rise to power of Husayn I Bey.

The Mejba Revolt (1864–65) was a rebellion in Tunisia against the doubling of an unpopular poll tax imposed on his subjects by Sadok Bey. The most extensive revolt against the rule of the Husainid Beys of Tunis, it saw uprisings all over the country and came close to prompting military intervention by Britain and France. The revolt was suppressed with great brutality and the government became ever more seriously indebted to foreign creditors, backed by European governments, until it was finally unable to resist French occupation in 1881.