The Académie Royale de Peinture et de Sculpture (French : Académie royale de peinture et de sculpture, French pronunciation: ​ [akademi ʁwajal də pɛ̃tyʁ e də skyltyʁ] ; Royal Academy of Painting and Sculpture) was founded in 1648 and located in Paris, France. It was the premier art institution of France during the latter part of the Ancien Régime, until it was abolished in 1793, during the French Revolution. It included most of the important painters and sculptors, maintained almost total control of teaching and exhibitions, and afforded its members preference in royal commissions. [1]

In the 1640s, France's artistic life was still based on the medieval system of guilds like the Académie de Saint-Luc which had a tight grip on the professional lives of artists and artisans alike. Some artists had managed to get exemptions but these were based on favoritism rather than merit. [2] A few “superior men” who were “real artists” [3] suffered and felt humiliated under this system.

In view of increasing pressure by the Parisian guilds for painters and sculptors to submit to their control, the young but already very successful painter Charles Le Brun conceived a plan to free the true artists from the humiliating influence of mere artisans. He involved his two close friends, the brothers Louis and Henri Testelin, [4] to lobby for an independent organisation where membership was based on merit alone, following the examples of the Accademia delle Arti del Disegno in Florence and the Accademia di San Luca in Rome. [5]

Soon, the courtier Martin de Charmois and several more artists became involved and drafted a petition for the foundation of the Académie. Charmois assembled as many artists with royal patronage as he could to sign it, which a great number did. [6] With the support of Le Brun's patron Pierre Séguier, Chancellor of France, Charmois presented the petition to the nine-year-old King Louis XIV, his mother Anne of Austria who acted as regent and the whole Royal Council on 20 January 1648 at the Palais-Royal. All present approved and the foundation of the Académie Royale was granted. [7]

The promoters immediately got to work and still in January 1648 formulated statutes with 13 articles (approved in February and published on 9 March 1648), a key element of which was a public art school. [8] There were 22 founder members [9] who, in February 1648, elected 12 anciens (elders) who would be in charge of the academy in turn for a calendar month. [10] These first anciens were the painters Charles Le Brun, Charles Errard, François Perrier, Juste d' Egmont, Michel I Corneille, Henri Beaubrun, Laurent de La Hyre, Sebastien Bourdon, Eustache Le Sueur and the sculptors Simon Guillain, Jacques Sarazin and Gerard van Opstal. [11] Charmois was elected Chef (Head) of the Académy as stated in article XIII of the statutes. [12]

With revised statutes from 24 December 1654 the offices of chancelier and of four recteurs were created, and the title ancien was abandoned in favour of the title professeur (with the exact same duties for a calendar month in turn). [13]

Following the death of the Protecteur of the Académie, Cardinal Mazarin, in 1661, the office reverted to his predecessor Chancellor Séguier. [14] Later that year, Séguier named Jean-Baptiste Colbert, King Louis XIV's trusted minister, as Vice-protecteur. [15] Colbert took full strategic control and, working through Charles Le Brun, ensured that the arts were devoted to the glorification of the King. A "royal style" was enforced which in practice meant a classical style. [16]

The Académie experienced its greatest power during the involvement of Charles Le Brun [17] who, from its beginnings in 1648 until his death in 1690 occupied many positions within the Académie. After being an original ancien, in 1655 he was the first to be appointed chancellor of the Académie (from 1663 chancellor for life), he became rector from 1668 and director from 1683. [18] [19] Despite his short seven-year reign as director, Le Brun controlled a majority of decisions within the Académie. In February 1675 he ordered that no decision would be validated in the academy without his approval. [18]

Le Brun's involvement in the Académie and his position of first painter to the king, allowed him to dictate all painting, sculpture, and tapestry expectations. Specifically, for projects such as the Grande Galerie du Louvre, Académie artists found themselves carrying out designs originated by Le Brun. In addition, Le Brun admitted more members into the Académie then ever before. Between 1664-1683 107 artists became members of the Académie. In comparison, 89 artists were admitted between 1707-1720, and the 57 admitted in 1735-54. [17] Under Le Brun's influence the Académie became more accessible than ever before.

Le Brun's relationship with the Royal court allowed him the position of director after the death of Colbert in 1683. While still extremely influential, Le Brun began to lose power due to the rise of Pierre Mignard, in the years before his death in 1690.

On August 8, 1793, the Académie was suspended by the revolutionary National Convention, when the latter decreed the abolition of "toutes les académies et sociétés littéraires patentées ou dotées par la Nation".

The history of the early Académie royale is given in great detail by a contemporary who was involved in its foundation. The 17th century manuscript containing the account was published in 1853 by the French art historian Anatole de Montaiglon as

Montaiglon has identified the anonymous author as Henri Testelin, the academy's secretary from 1650 to 1681, but different names have been suggested by others. [20]

In addition to the Mémoires Montaiglon also published the minutes of the academy in ten volumes from 1875 to 1892:

From 2006 to 2015, a critical edition of the Conférences held at the Académie royale was published by Jacqueline Lichtenstein and Christian Michel as a collaborative Project of the German Center for Art History, the Académie des Beaux-Arts and the École Nationale Supérieure des Beaux-Arts in Paris [21] and made available online: 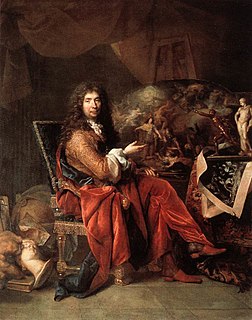 Charles Le Brun was a French painter, physiognomist, art theorist, and a director of several art schools of his time. As court painter to Louis XIV, who declared him "the greatest French artist of all time", he was a dominant figure in 17th-century French art and much influenced by Nicolas Poussin. 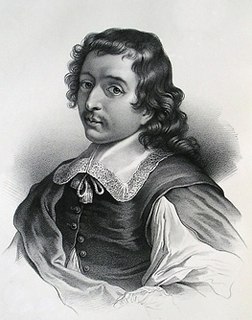 Eustache Le Sueur or Lesueur was a French artist and one of the founders of the French Academy of Painting. He is known primarily for his paintings of religious subjects. 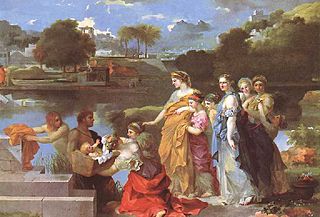 Sébastien Bourdon was a French painter and engraver. His chef d'œuvre is The Crucifixion of St. Peter made for the cathedral of Notre Dame.

From the seventeenth century to the early part of the twentieth century, artistic production in France was controlled by artistic academies which organized official exhibitions called salons. In France, academies are institutions and learned societies which monitor, foster, critique and protect French cultural production.

Michel Corneille the Elder was a French painter, etcher, and engraver.

Charles Errard the Younger was a French painter, architect and engraver, co-founder and later director of the Académie Royale de Peinture et de Sculpture. In 1666 Louis XIV's minister Jean-Baptiste Colbert sent him to found the Académie de France à Rome, where he was director until 1684. 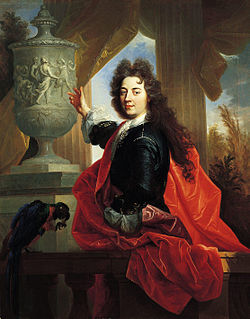 Pierre Lepautre was a French sculptor, a member of a prolific family of artists in many media, who were active in the 17th and 18th centuries. He was born and died in Paris.

François Perrier (1590–1650) was a French painter, draftsman, and printmaker. Perrier was instrumental in introducing into France the grand style of the decorative painters of the Roman Baroque. He is also remembered for his two collections of prints after antique sculptures, the Segmenta nobilium signorum et statuarum quae temporis dentem invidium evasere, and Icones et segmenta...quae Romae adhuc extant. These prints provided visual repertories of classical models for generations of European artists and connoisseurs. 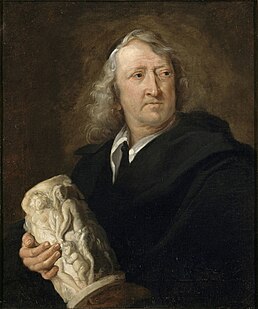 Gerard van Opstal or Gérard van Opstal, was a Flemish Baroque sculptor mainly active in Paris. He was known for his low-relief friezes with classical mythological themes and his expertise in carving ivory reliefs.

Jacqueline Lichtenstein was a French philosopher, art historian, and professor of aesthetics and the philosophy of art at the University of Paris IV - Paris-Sorbonne.

Portrait of Louis XIV in Coronation Robes was painted in 1701 by the French painter Hyacinthe Rigaud after being commissioned by the king who wanted to satisfy the desire of his grandson, Philip V, for a portrait of him. Louis XIV kept it hanging at Versailles. This portrait has become the "official portrait" of Louis XIV.

Nicolas Perignon or Pérignon, also known as Alexis-Nicolas Perignon, the Elder, was a French painter, draughtsman, and engraver. He specialized in portraits, rustic scenes, landscapes, and seascapes.

Louis Licherie de Beurie was a French painter and engraver in the Baroque style. He specialized in Biblical and historical scenes. 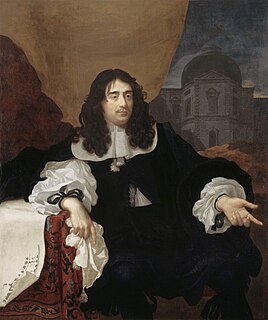 Pierre Rabon was a French portrait painter, who was active during the reign of Louis XIV.