listen ) English: Brazilian Academy of Letters) is a Brazilian literary non-profit society established at the end of the 19th century by a group of 40 writers and poets inspired by the Académie Française. The first president, Machado de Assis, declared its foundation on December 15, 1896, with the by-laws being passed on January 28, 1897. On July 20 of the same year, the academy started its operation.

According to its statutes, it is the pre-eminent Portuguese council for matters pertaining to the Portuguese language. The academy is considered the foremost institution devoted to the Portuguese language in Brazil. Its prestige and technical qualification gives it paramount authority in Brazilian Portuguese, even though it is not a public institution and no law grants it oversight over the language. The academy's main publication in this field is the Orthographic Vocabulary of the Portuguese Language (Vocabulário Ortográfico da Língua Portuguesa) which has five editions. The Vocabulary is prepared by the academy's Commission on Lexicology and Lexicography. If a word is not included in the Vocabulary, it is considered not to exist as a correct word in Brazilian Portuguese.

Since its beginning and to this day, the academy is composed of 40 members, known as the "immortals". These members are chosen from among citizens of Brazil who have published works or books with recognized literary value. The position of "immortal" is awarded for the lifetime. New members are admitted by a vote of the academy members when one of the "chairs" become vacant. The chairs are numbered and each has a Patron: the Patrons are 40 great Brazilian writers that were already dead when the academy was founded; the names of the Patrons were chosen by the Founders as to honour them post mortem by assigning patronage over a chair. Thus, each chair is associated with its current holder, her or his predecessors, the original Founder who occupied it in the first place, and also with a Patron.

The academicians use formal gala gilded uniforms with a sword (the uniform is called "fardão") when participating in official meetings at the academy. The body has the task of acting as an official authority on the language; it is charged with publishing an official dictionary of the language. Its rulings, however, are not binding on either the public or the government.

The initiative to establish the Academy was taken by Lúcio de Mendonça  [ pt ] and was realised in preparatory meetings that began on December 15, 1896, under the presidency of Machado de Assis. The statuses of the Brazilian Academy of Letters and the membership of the 40 founding fathers were approved at these meetings, on January 28, 1897. On July 20 of the same year, the inaugural session was held at the Pedagogium's facility in the centre of Rio de Janeiro.

Without appointed headquarters or financial resources, the solemn meetings of the academy were held at the hall of the Royal Portuguese Cabinet of Reading, at the premises of the former National Gymnasium and at the Noble Hall of the Ministry of the Interior. The joint sessions were held at the law firm of Rodrigo Octávio, the Academy's first secretary's, at Quitanda Street, 47.

In 1904, the academy obtained the left wing of the Brazilian Silogeo, a governmental building that housed other cultural institutions. It remained there until moving to its own headquarters in 1923.

In 1923, thanks to the initiative of its president at the time, Afrânio Peixoto and of the then-French ambassador, Raymond Conty, the French government donated the French Pavilion building to the Academy. The building had been built for the Independence of Brazil's Centenary International Exposition by the architect Ange-Jacques Gabriel, between 1762 and 1768 and was a replica of the Petit Trianon of Versailles.

These facilities have been inscribed as Brazilian Cultural heritage since November 9, 1987 by the State Institute of Cultural Heritage (INEPAC), of the Municipal Secretary of Culture of Rio de Janeiro. To the present day, its halls continue to host regular meetings, solemn sessions, commemorative meetings and inauguration sessions of the new academics, as well as the traditional Thursdays' tea. They are also open to the public for guided tours or for special cultural programs, such as chamber music concerts, book launches, conference cycles and theatre plays.

In the buildings' first floor hall stands the decorated marble floor, a French crystal chandelier, a large white porcelain vase from Sèvres and four English bas-reliefs. Inside the building, the following premises stand out:

On the second floor, one can find the Sessions Room, the Library the Tea Room. The Tea Room is the academics' meeting point before the Plenary Session, on Thursdays. The Library is used by scholars and researchers and holds a collection of Manuel Bandeira.

During periods like the Vargas' totalitarian dictatorship or the Brazilian military government, the academy's neutrality in choosing proper members dedicated to the literary profession was compromised with the election of politicians with few or no contributions to literature, such as ex-president and dictator Getúlio Vargas in 1943. [1] The Academy is also accused of not having defended culture expression and freedom of speech during both Vargas' Era and during the Military dictatorship. Both of these ruling periods imposed heavy censorship on Brazilian culture, including Brazilian literature. [1]

According to its statuses, the Academy aims to promote the "culture of the national language". It comprises 40 effective and perpetual members, known as "immortals". These members are Brazilian citizens with published works of relevant literary value. Besides these members, the Academy also comprises 20 correspondent members.

All members go through a solemn session, in which dress the Academy's official garment for the first time. During the ceremony, the new member makes a speech remembering her or his predecessor and all previous members that occupied the chair.

The Academy, which was a traditionally male institution, elected its first female member on November 4, 1977 – the novelist Rachel de Queiroz. This groundbreaking election of the novelist opened the path for other female members. The academy now accounts for four women members (10% of its total membership), one of which, Nélida Piñon, served as president in 1996–97.

Thanks to revenues over $4 million a year, the academy is financially stable. It owns a skyscraper with 28 floors (Palácio Austregésilo de Athayde) in the centre of Rio, which the academy rents for office space, generating 70% of its current revenue. The rest comes from rental of other buildings, which were inherited from book editor Francisco Alves  [ pt ], in 1917, and from other financial investments. This comfortable situation allows the payment of a "jeton" to each academician.

The academy's main publication in this field is the Orthographic Vocabulary of the Portuguese Language (Vocabulário Ortográfico da Língua Portuguesa) of which there are five editions. The Vocabulary is prepared by the academy's Commission on Lexicology and Lexicography. If a word is not included in the Vocabulary, it is considered not to exist as a correct word in Brazilian Portuguese.

The Orthographic Vocabulary, however, is not a dictionary, as it contains words and their grammatical categories, but not the definition or meaning of the words listed. Thus, unlike the French Academy, the Royal Spanish Academy and other foreign institutions dedicated to the care of a national language, the Brazilian Academy of Letters hasn't published an official dictionary. It has, however, published a School Dictionary of the Portuguese Language (Dicionário Escolar da Língua Portuguesa), with students as its target customers, in 2009.

The academy does plan to publish a full and official Dictionary. For the time being, however, other dictionaries such as the Aurélio and the Houaiss remain more prestigious than the School Dictionary, in spite of the fact that the latter is sometimes marketed by booksellers as the "ABL's Dictionary", due to its being authored by the academy. Both the Houaiss and the Aurélio Dictionaries, however, were first compiled by members of the academy Antônio Houaiss and Aurélio Buarque de Holanda Ferreira, respectively. The preparation of an official dictionary of the Portuguese language is a stated goal of the Brazilian Academy of Letters. [2]

Gallery of the Immortals 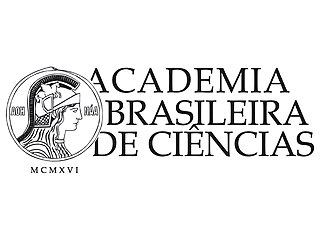 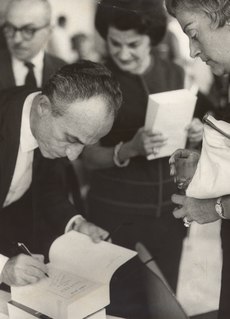 Antônio Houaiss was a Brazilian lexicographer, diplomat, writer and translator.

The Portuguese Language Orthographic Agreement of 1990 is an international treaty whose purpose is to create a unified orthography for the Portuguese language, to be used by all the countries that have Portuguese as their official language. It was signed in Lisbon, on 16 December 1990, at the end of a negotiation, begun in 1980, between the Sciences Academy of Lisbon and the Brazilian Academy of Letters. The signatories included official representatives from all of the Portuguese-language countries except East Timor, which was under Indonesian occupation at the time, but later adhered to the Agreement, in 2004.