Acts of Parliament, sometimes referred to as primary legislation , are texts of law passed by the legislative body of a jurisdiction (often a parliament or council). [1] In most countries with a parliamentary system of government, acts of parliament begin as a bill, which the legislature votes on. Depending on the structure of government, this text may then be subject to assent or approval from the executive branch.

A draft act of parliament is known as a bill. In other words, a bill is a proposed law that needs to be discussed in the parliament before it can become a law.

In territories with a Westminster system, most bills that have any possibility of becoming law are introduced into parliament by the government. This will usually happen following the publication of a "white paper", setting out the issues and the way in which the proposed new law is intended to deal with them. A bill may also be introduced into parliament without formal government backing; this is known as a private member's bill.

In territories with a multicameral parliament, most bills may be first introduced in any chamber. However, certain types of legislation are required, either by constitutional convention or by law, to be introduced into a specific chamber. For example, bills imposing a tax, or involving public expenditure, are introduced into the House of Commons in the United Kingdom, Canada's House of Commons, Lok Sabha of India and Ireland's Dáil as a matter of law. Conversely, bills proposed by the Law Commission and consolidation bills traditionally start in the House of Lords.

Once introduced, a bill must go through a number of stages before it can become law. In theory, this allows the bill's provisions to be debated in detail, and for amendments to the original bill to also be introduced, debated, and agreed to.

In bicameral parliaments, a bill that has been approved by the chamber into which it was introduced then sends the bill to the other chamber. Broadly speaking, each chamber must separately agree to the same version of the bill. Finally, the approved bill receives assent; in most territories this is merely a formality and is often a function exercised by the head of state.

In some countries, such as in France, Belgium, Luxembourg, Spain and Portugal, the term for a bill differs depending on whether it is initiated by the government (when it is known as a "draft"), or by the parliament (a "proposition", i.e., a private member's bill).

In Australia, the bill passes through the following stages:

See also: List of Acts of Parliament of Canada

In Canada, the bill passes through the following stages:

The committee considers each clause of the bill, and may make amendments to it. Significant amendments may be made at the committee stage. In some cases, whole groups of clauses are inserted or removed. However, if the Government holds a majority, almost all the amendments which are agreed to in committee will have been tabled by the Government to correct deficiencies in the bill or to enact changes to policy made since the bill was introduced (or, in some cases, to import material which was not ready when the bill was presented).

The debate on each stage is actually debate on a specific motion. For the first reading, there is no debate. For the second reading, the motion is "That this bill be now read a second time and be referred to [name of committee]" and for third reading "That this bill be now read a third time and pass." In the Committee stage, each clause is called and motions for amendments to these clauses, or that the clause stand part of the bill are made. In the Report stage, the debate is on the motions for specific amendments.

Bills being reviewed by Parliament are assigned numbers: 2 to 200 for government bills, 201 to 1000 for private member's bills, and 1001 up for private bills. They are preceded by C- if they originate in the House of Commons, or S- if they originate in the Senate. For example, Bill C-250 was a private member's bill introduced in the House. Bills C-1 and S-1 are pro forma bills, and are introduced at the beginning of each session in order to assert the right of each Chamber to manage its own affairs. They are introduced and read a first time, and then are dropped from the Order Paper.

In the Irish Parliament, the Oireachtas, bills pass through the following stages. [6] Bills may be initiated in either the Dáil or the Seanad, and must pass both houses.

In New Zealand, the bill passes through the following stages:

A draft piece of legislation is called a bill; when this is passed by Parliament it becomes an Act and part of statute law. There are two types of bill and Act, public and private. Public Acts apply to the whole of the UK or a number of its constituent countries – England, Scotland, Wales and Northern Ireland. Private Acts are local and personal in their effect, giving special powers to bodies such as local authorities or making exceptions to the law in particular geographic areas. [7]

In the United Kingdom Parliament, each bill passes through the following stages:

In the Scottish Parliament, [9] bills pass through the following stages:

There are special procedures for emergency bills, member's bills (similar to private member's bills in the UK Parliament), committee bills, and private bills.

In Singapore, the bill passes through these certain stages before becoming into an Act of Parliament.

Titles and citation of acts

Acts passed by the Parliament of England did not originally have titles, and could only be formally cited by reference to the parliamentary session in which they were passed, with each individual act being identified by year and chapter number. Descriptive titles began to be added to the enrolled acts by the official clerks, as a reference aid; over time, titles came to be included within the text of each bill. Since the mid-nineteenth century, it has also become common practice for acts to have a short title, as a convenient alternative to the sometimes lengthy main titles. The Short Titles Act 1892, and its replacement the Short Titles Act 1896, gave short titles to many acts which previously lacked them.

The numerical citation of acts has also changed over time. The original method was based on the regnal year (or years) in which the relevant parliamentary session met. This has been replaced in most territories by simple reference to the calendar year, with the first act passed being chapter 1, and so on.

In the United Kingdom, legislation is referenced by year and chapter number. Each act is numbered consecutively based on the date it received royal assent, for example the 43rd act passed in 1980 would be 1980 Chapter 43. The full reference includes the (short) title and would be The Magistrate's Court Act 1980 C. 43. The Parliament of Canada is the federal legislature of Canada, seated at Parliament Hill in Ottawa, and is composed of three parts: the King, the Senate, and the House of Commons. By constitutional convention, the House of Commons is dominant, with the Senate rarely opposing its will. The Senate reviews legislation from a less partisan standpoint and may initiate certain bills. The monarch or his representative, normally the governor general, provides royal assent to make bills into law.

An appropriation, also known as supply bill or spending bill, is a proposed law that authorizes the expenditure of government funds. It is a bill that sets money aside for specific spending. In some democracies, approval of the legislature is necessary for the government to spend money.

A private member's bill is a bill introduced into a legislature by a legislator who is not acting on behalf of the executive branch. The designation "private member's bill" is used in most Westminster system jurisdictions, in which a "private member" is any member of parliament (MP) who is not a member of the cabinet (executive). Other labels may be used for the concept in other parliamentary systems; for example, the label member's bill is used in the Scottish Parliament and the New Zealand Parliament, the term private senator's bill is used in the Australian Senate, and the term public bill is used in the Senate of Canada. In legislatures where the executive does not have the right of initiative, such as the United States Congress, the concept does not arise since bills are always introduced by legislators. 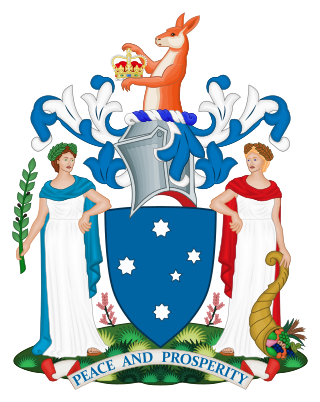 The Parliament of Victoria is the bicameral legislature of the Australian state of Victoria that follows a Westminster-derived parliamentary system. It consists of the King, represented by the Governor of Victoria, the Legislative Assembly and the Legislative Council. It has a fused executive drawn from members of both chambers. The parliament meets at Parliament House in the state capital Melbourne. The current Parliament was elected on 26 November 2022, sworn in on 20 December 2022 and is the 60th parliament in Victoria.

The Civil Marriage Act is a federal statute legalizing same-sex marriage across Canada. At the time it became law, same-sex marriage had already been legalized by court decisions in all Canadian jurisdictions except Alberta, Prince Edward Island, the Northwest Territories, and Nunavut.

A reading of a bill is a stage of debate on the bill held by a general body of a legislature. 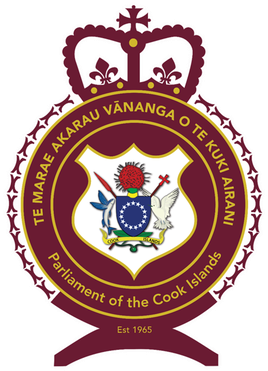 The European Union (Withdrawal) Act 2018 is an Act of the Parliament of the United Kingdom that provides both for repeal of the European Communities Act 1972, and for parliamentary approval to be required for any withdrawal agreement negotiated between the Government of the United Kingdom and the European Union. The bill's passage through both Houses of Parliament was completed on 20 June 2018 and it became law by Royal Assent on 26 June.