Verrill was born on February 9, 1839 in Greenwood, Maine, the son of George Washington Verrill and Lucy (Hillborn) Verrill. As a boy he showed an early interest in natural history, building collections of rocks and minerals, plants, shells, insects and other animals. When he moved with his family to Norway, Maine at age fourteen he attended secondary school at the Norway Liberal Institute. [1]

Verrill started college in 1859 at Harvard University and studied under Louis Agassiz. He graduated in 1862 with a B.A. He went on scientific collecting trips with Alpheus Hyatt and Nathaniel Shaler in the summer of 1860 to Trenton Point, Maine and Mount Desert Island [2] and in the summer of 1861 to Anticosti Island and Labrador. [3] In 1864 Verrill made reports on mining, or prospective mining, properties in New Hampshire, New York, and Pennsylvania. [4] Two years after graduation from Harvard, he accepted a position as Yale University's Sheffield Scientific School first Professor of Zoology, [5] :8 and taught there from 1864 until his retirement in 1907.

In 1861 while under the guidance of Louis Agassiz at Harvard he was sent to Washington D.C. to obtain specimens from the Smithsonian institution and promote friendly relations and interest between the scientific men of Washington and those of the Harvard Museum of Comparative Zoology. [6] Under the direction of Spencer Fullerton Baird, Verrill spent almost three months working on the coral collections of the Smithsonian. The process of overhauling the collection required identifying various species, selecting type specimens and making up a set of duplicates to be sent back north to Harvard. [6] While in Washington he became acquainted with many scientists and formed lifelong friendships with a number of them. [7]

The friendship that Verrill and Baird developed, led to the appointment of Verrill as assistant to the Commissioner of Fish and Fisheries in 1871. [8] In this role, which he held till 1887, Verrill was responsible for marine investigations and all invertebrate collections. [9] The estimated several hundred thousand specimens collected between 1871 and 1887 were sent to New Haven for Verrill to sort, identify, catalogue and label. [9] As partial compensation for his work, after the first set of type specimens was sent to the Smithsonian, he was allowed to keep the first set of duplicates as personal property. Upon retirement he sold this personal collection to the Yale Peabody Museum of Natural History, where they now form part of the Invertebrate Zoology collection. [9]

Between 1868–70 he was professor of comparative anatomy and entomology in the University of Wisconsin. From 1860 Verrill investigated the invertebrate fauna of the Atlantic coast, with special reference to the corals, annelids, echinoderms, and mollusks, and became the chief authority on the living cephalopods, especially the giant squid of the North Atlantic.

His Report upon the Invertebrate Animals of Vineyard Sound (1874), with Sidney Irving Smith, whose sister he married, is a standard manual of the marine zoology of southern New England.

In later life he explored with his students the geology and marine animals of the Bermuda Islands. Besides many memoirs and articles on the subjects mentioned above, he published The Bermuda Islands (1903; second edition, 1907). [10]

Verrill published more than 350 papers and monographs, and described more than 1,000 species of animals in virtually every major taxonomy group. He was a member of the Connecticut Academy of Arts and Sciences.

Verrill married Flora Louisa Smith in 1865. They had six children. Their son, Hyatt Verrill, became an author, illustrator and explorer.

Jean Louis Rodolphe Agassiz FRS(For) FRSE was a Swiss-born American biologist and geologist recognized as an innovative and prodigious scholar of Earth's natural history. Agassiz grew up in Switzerland. He received doctor of philosophy and medical degrees at Erlangen and Munich, respectively. After studying with Cuvier and Humboldt in Paris, Agassiz was appointed professor of natural history at the University of Neuchâtel. He emigrated to the United States in 1847 after visiting Harvard University. He went on to become professor of zoology and geology at Harvard, to head its Lawrence Scientific School, and to found its Museum of Comparative Zoology.

Libbie Henrietta Hyman, was a U.S. zoologist. She wrote numerous works on invertebrate zoology and the widely used A Laboratory Manual for Comparative Vertebrate Anatomy.

William Healey Dall was an American naturalist, a prominent malacologist, and one of the earliest scientific explorers of interior Alaska. He described many mollusks of the Pacific Northwest of America, and was for many years America's preeminent authority on living and fossil mollusks. 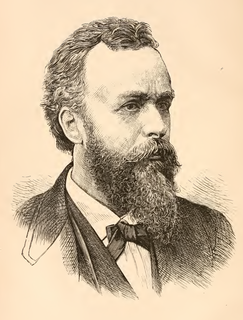 Edward Sylvester Morse was an American zoologist, archaeologist, and orientalist. He is considered the "Father of Japanese archaeology."

George Robert Crotch (1842–1874) was a British entomologist and an authority on Coleoptera (beetles). He was the grandson of the English composer and organist William Crotch.

William Stimpson was a noted American scientist. He was interested particularly in marine biology. Stimpson became an important early contributor to the work of the Smithsonian Institution and later, director of the Chicago Academy of Sciences.

Thomas Barbour was an American herpetologist. From 1927 until 1946, he was director of the Harvard Museum of Comparative Zoology (MCZ) founded in 1859 by Louis Agassiz at Harvard University in Cambridge, Massachusetts. 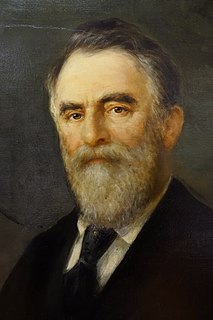 Frederic Ward Putnam was an American anthropologist and biologist.

Alpheus Hyatt Verrill, known as Hyatt Verrill, was an American zoologist, explorer, inventor, illustrator and author. He was the son of Addison Emery Verrill, the first professor of zoology at Yale University.

Charles Schuchert was an American invertebrate paleontologist who was a leader in the development of paleogeography, the study of the distribution of lands and seas in the geological past. 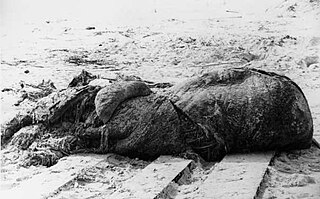 The St. Augustine Monster is the name given to a large carcass, originally postulated to be the remains of a gigantic octopus, that washed ashore on the United States coast near St. Augustine, Florida in 1896. It is sometimes referred to as the Florida Monster or the St. Augustine Giant Octopus and is one of the earliest recorded examples of a globster. The species that the carcass supposedly represented has been assigned the binomial names Octopus giganteus and Otoctopus giganteus, although these are not valid under the rules of the ICZN.

James Henry Emerton was an American arachnologist and illustrator. 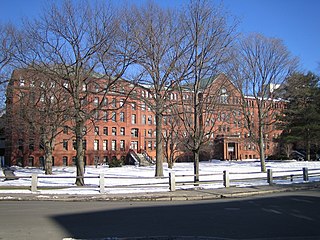 The Harvard Museum of Natural History is a natural history museum housed in the University Museum Building, located on the campus of Harvard University in Cambridge, Massachusetts.

Charles Emerson Beecher was an American paleontologist most famous for the thorough excavation, preparation and study of trilobite ventral anatomy from specimens collected at Beecher's Trilobite Bed. Beecher was rapidly promoted at Yale Peabody Museum, eventually rising to head that institution.

"Quiet, unassuming, modest in a very marked degree, simple, without affectation, entirely free from all eccentricities, conscientious and painstaking in every thing he had to do. In the words of Professor Chittenden, Director of the Sheffield Scientific School '.. .. to those who knew Professor Beecher intimately no words of appreciation will be deemed too extravagant, for close association only brought more clearly to view the many mental traits that testified to the strength of character and of mind that helped to make Professor Beecher one of the strong men of the Scientific School.' "

"The Parable of the Sunfish" is an anecdote with which Ezra Pound opens ABC of Reading, a 1934 work of literary criticism. Pound uses this anecdote to emphasize an empirical approach for learning about art, in contrast to relying on commentary rooted in abstraction. While the parable is based on students' recollections of Louis Agassiz's teaching style, Pound's retelling diverges from these sources in several respects. The parable has been used to illustrate the benefits of scientific thinking, but more recent literary criticism has split on whether the parable accurately reflects the scientific process and calls into question Pound's empirical approach to literature. 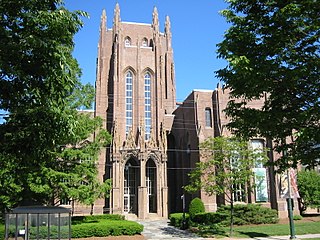 The Peabody Museum of Natural History at Yale University is among the oldest, largest, and most prolific university natural history museums in the world. It was founded by the philanthropist George Peabody in 1866 at the behest of his nephew Othniel Charles Marsh, the early paleontologist. Most known to the public for its Great Hall of Dinosaurs, which includes a mounted juvenile Brontosaurus and the 110-foot-long (34 m) mural The Age of Reptiles, it also has permanent exhibits dedicated to human and mammal evolution; wildlife dioramas; Egyptian artifacts; and the birds, minerals and Native Americans of Connecticut.

Asterias rollestoni is a common starfish native to the seas of China and Japan, and not known from the far north or the American coasts of the eastern Pacific.

Asterias rathbuni is a starfish native to the Pacific coasts of Alaska in the United States and Far East Russia. There are two subspecies.