Bleekman was born on March 26, 1846, in Salisbury, Herkimer County, New York. [1] During the American Civil War, he served with the 2nd Ohio Cavalry of the Union Army. Battles he took part in include the Battle of Hanover Court House, the Battle of Malvern Hill, the Battle of the Wilderness, the Battle of Spotsylvania Court House and the entirety of Wilson's Raid. Bleekman mustered out of service in 1865 after suffering a severe leg injury. Afterwards, he attended Albert College before moving to Tomah, Wisconsin in 1869.

Bleekman married twice. He and his first wife, Eliza, had one son before her death. Bleekman and his second wife, Alice, would have three children. He died on June 27, 1908, in La Crosse, Wisconsin. [2]

Bleekman was elected to the Assembly in 1872 before representing the 4th district of the Senate from 1874 to 1875. Later, he was District Attorney of Monroe County, Wisconsin from 1876 to 1878. Bleekman was a Republican. 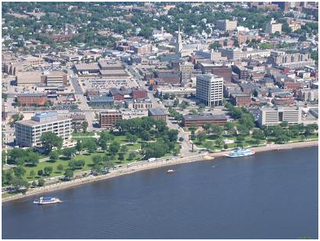 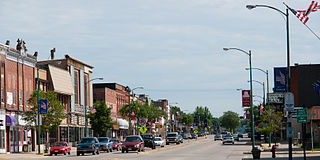 Ronald James Kind is an American politician serving as the U.S. Representative for Wisconsin's 3rd congressional district, since 1997. He is a member of the Democratic Party. The district is located in the western part of the state and is anchored by La Crosse, Eau Claire, Platteville, Stevens Point, Wisconsin Rapids, Prescott, and River Falls.

Timothy Burns was an American politician and the Democratic third Lieutenant Governor of Wisconsin from 1851 until his death while in office in 1853. 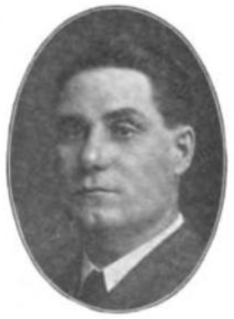 Thomas Morris was an American lawyer and politician in the U.S. state of Wisconsin. He served in the Wisconsin State Senate and was the 22nd Lieutenant Governor of Wisconsin from 1911 until 1915.

Jennifer Shilling is an American politician.

Bradley Pfaff is an American politician and government official. A Democrat, he is member-elect of the Wisconsin State Senate for the 32nd senate district, taking office in January 2021. The 32nd district comprises La Crosse and Crawford counties, as well as most of Vernon County and the southern half of Monroe County.

The 4th District of the Wisconsin Senate is located in Southern Wisconsin, and is composed of parts of Milwaukee County.

Steve Doyle is a lawyer and Democratic member of the Wisconsin State Assembly, first elected to represent the 94th district in 2011. He was reelected in 2012, 2014, and 2016. He represents suburban La Crosse County including Onalaska, Holmen, West Salem and Bangor.

Jill Billings is a former teacher, member of the La Crosse County board of supervisors, and Democratic member of the Wisconsin State Assembly, first elected to represent the 95th district in a 2011 special election. She represents the City of La Crosse and small portions of the Towns of Shelby and Campbell.

The 32nd District of the Wisconsin Senate is located in western Wisconsin, and is composed of all of Crawford and La Crosse Counties, almost all of Vernon, and part of Monroe County.

Theodore Rodolf was a member of the Wisconsin State Assembly.

Rodney J. Satter was a former member of the Wisconsin State Assembly.

William H. Hull was an American lawyer and politician. He was the 9th Speaker of the Wisconsin State Assembly.

The 2014 Wisconsin Fall General Election was held in the U.S. state of Wisconsin on November 4, 2014. Wisconsin's Governor, Lieutenant Governor, Attorney General, Secretary of State, and State Treasurer were all up for election, as well as Wisconsin's eight seats in the United States House of Representatives. The November general election in 2014 also featured a statewide referendum on an amendment to the Constitution of Wisconsin. The 2014 Wisconsin Fall Primary Election was held on August 12, 2014.

Alexander Ernest Frederick was a Republican attorney, minister, politician, and animal welfare advocate, who served as a member of the Wisconsin State Assembly and as Wisconsin's first and only State Humane Officer.

A recall election in the state of Wisconsin is a procedure by which voters can remove an elected official from office through a direct vote before his or her term has ended.

Marc Julian Bradley is an American politician and businessman. A Republican, he is member-elect for the 28th district of the Wisconsin State Senate. The 28th district comprises southwestern suburbs of Milwaukee, including Franklin, Greenfield, Greendale, and Hales Corners, as well as the towns and villages of southeastern Waukesha County, part of the town of East Troy, and the village and town of Waterford. When he takes office in January 2021, he will be the first black Republican to serve in the Wisconsin Senate and only the second black Republican to serve in the Wisconsin Legislature.