She was born Lottie Adelina Preston in Carlisle, Cumberland on 23 January 1872 to parents George Matthew Tilbury (aka Preston) of Southampton and Anna de Lara. Her grandfather was David Laurent de Lara, a Dutch-born illumninator, [1] who, according to Adelina de Lara, was the son of the Spanish Count Laurent de Lara. [2] Her mother was the sister-in-law of Sir Landon Ronald. She was given the performing name of Adelina de Lara after a visit to a music shop with her father, to secure her first engagement. The music shop proprietor considered the name Adelina Preston far too ‘English’ to perform under and thus suggested her mother's maiden name as a suitable replacement. She first appeared in public at the age of six, and gave recitals throughout the UK until the age of twelve.

She was educated at the Hoch Conservatory in Frankfurt under Iwan Knorr, and studied piano with Fanny Davies and Clara Schumann, whose work she championed for most of her life. She was close friends with Johannes Brahms through her studies. As an adult, Adelina de Lara performed in public for the first time following her studies in 1891 and continued for over seventy years, making her final appearance on 15 June 1954 at the Wigmore Hall London. She made many recordings for the BBC and appeared on BBC Television on her 82nd birthday.

During World War II she played for Dame Myra Hess at the National Gallery and later in life, Sir Adrian Boult. In 1951 Adelina was appointed an Officer of the Order of the British Empire (OBE). The late Queen Elizabeth, the Queen Mother was both an admirer and a friend and sent good wishes for concerts on many occasions. She also worked as a teacher, her students including Eileen Joyce and many other distinguished pianists. She composed many pieces which have included ballads, song cycles, some larger-scaled works as a symphony, a Concerto for Strings (1938) and a suite In The Forest (1949) and many works for piano including two concertos and a Symphonic Danse Fantasy for piano and Strings. [3] There were also two suites for strings, including 'In The Forest', which was performed in 2005, in Gloucester Cathedral by the Gloucester Academy of Music.

Adelina de Lara's autobiography entitled Finale was published in 1955 and she died at the age of 89 in Woking, Surrey on 25 November 1961.

Some of Adelina de Lara's descendants are also professional musicians. She was married to Thomas Johnson Shipwright, and after her son Denis Shipwright divorced his first wife her grandson Edward, a tenor, took his mother's maiden name (Hain) as his surname. [4] Her relations include:

Martha Argerich is an Argentine-Swiss classical concert pianist. She is widely considered one of the greatest pianists of all time.

This article is about music-related events in 1872. 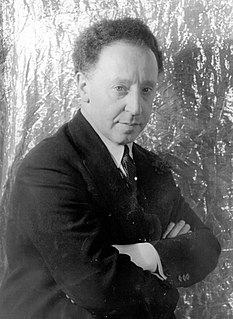 Arthur Rubinstein was a Polish-American classical pianist. He is widely regarded as one of the greatest pianists of all time. He received international acclaim for his performances of the music written by a variety of composers and many regard him as the greatest Chopin interpreter of his time. He played in public for eight decades. 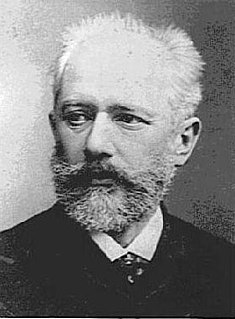 The Piano Concerto No. 1 in B♭ minor, Op. 23, was composed by Pyotr Ilyich Tchaikovsky between November 1874 and February 1875. It was revised in the summer of 1879 and again in December 1888. The first version received heavy criticism from Nikolai Rubinstein, Tchaikovsky's desired pianist. Rubinstein later repudiated his previous accusations and became a fervent champion of the work. It is one of the most popular of Tchaikovsky's compositions and among the best known of all piano concertos. 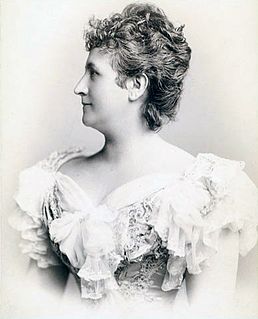 María Teresa Gertrudis de Jesús Carreño García was a Venezuelan pianist, soprano, composer, and conductor. Over the course of her 54-year concert career, she became an internationally renowned virtuoso pianist and was often referred to as the "Valkyrie of the Piano". One of her teachers and friends was composer Regina Watson. Carreño was an early adopter of the works of one of her students, American composer and pianist Edward MacDowell (1860–1908) and premiered several of his compositions across the globe. She also frequently performed the works of Norwegian composer and pianist Edvard Grieg (1843–1907). Carreño composed approximately 75 works for solo piano, voice and piano, choir and orchestra, and instrumental ensemble. Several composers dedicated their compositions to Carreño, including Amy Beach and Edward MacDowell.

Janina Fialkowska, is a Canadian classical pianist. A specialist of the Classic and Romantic repertoires, for more than thirty years she has appeared regularly with professional orchestras around the world, often performing the music of contemporary Polish composers including Lutosławski and Panufnik.

Geoffrey Peter Bede Hawkshaw Tozer was an Australian classical pianist and composer. A child prodigy, he composed an opera at the age of eight and became the youngest recipient of a Churchill Fellowship award at 13. His career included tours of Europe, America, Australia and China, where he performed the Yellow River Concerto to an estimated audience of 80 million people. Tozer had more than 100 concertos in his repertoire, including those of Mozart, Beethoven, Liszt, Brahms, Tchaikovsky, Medtner, Rachmaninoff, Bartók, Stravinsky, Prokofiev and Gerhard.

Eileen Alannah Joyce CMG was an Australian pianist whose career spanned more than 30 years. She lived in England in her adult years.

Valda Rose Aveling OBE was an Australian pianist, harpsichordist and clavichordist. Her repertoire was very wide, including composers as diverse as William Byrd, Jan Sweelinck, Sergei Rachmaninoff and Béla Bartók.

Phyllis Sellick, OBE was a British pianist and teacher, best known for her partnership with her pianist husband Cyril Smith. 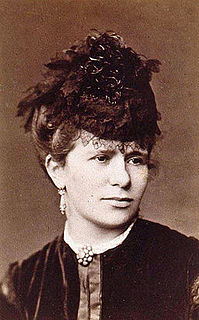 Marie Jaëll was a French pianist, composer, and pedagogue. Marie Jaëll composed pieces for piano, concertos, quartets, and others, She dedicated her cello concerto to Jules Delsart, and was the first pianist to perform all the piano sonatas of Beethoven in Paris. She did scientific studies of hand techniques in piano playing and attempted to replace traditional drilling with systematic piano methods. Her students included Albert Schweitzer, who studied with her while also studying organ with Charles-Marie Widor in 1898-99. She died in Paris.

This is a summary of 1961 in music in the United Kingdom, including the official charts from that year.