Aeque principaliter ("equally important") is a Latin term used by the Roman Catholic Church to indicate a merger of two or more dioceses in which – to avoid questions of predominance – the dioceses are all given equal importance. Such a merger often followed a merger in persona episcopi .

In persona episcopi is a Latin expression used by the Roman Catholic Church to indicate a union of two or more dioceses in which the dioceses are administered by a single bishop but undergo no alteration to their diocesan structures. In its mildest form such a union can be temporary, but in other cases it can be an intermediate step towards a union aeque principaliter or a full union.

The Italian Catholic Diocese of Prato in Tuscany, has existed since 1954. Its see is Prato Cathedral. The diocese is a suffragan of the Archdiocese of Florence.

Cannae is an ancient village of the Apulia region of south east Italy. It is a frazione of the comune (municipality) of Barletta, a former bishopric and presently a Latin Catholic titular see.

The Archdiocese of Gniezno is the oldest Latin Catholic archdiocese in Poland, located in the city of Gniezno. The ecclesiastical province comprises the suffragan dioceses of Bydgoszcz and Włocławek.

Priverno is a town, comune and former Latin Catholic bishopric in the province of Latina, Lazio, central Italy. It was called Piperno until 1927.

The diocese of Gravina and Montepeloso is a former ecclesiastical territory of the Roman Catholic Church in Apulia, southern Italy. Since 1986 it has formed part of the merged diocese of Altamura-Gravina-Acquaviva. Gravina in Apulia was the seat of the episcopal see from the ninth century. 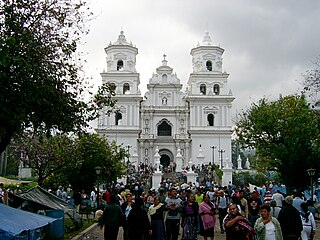 The Roman Catholic Diocese of Zacapa is a Latin suffragan diocese in the ecclesiastical province of the Archdiocese of Guatemala.

The Diocese of Cingoli was a Roman Catholic diocese in Italy. It was founded in the 5th century. Nothing is heard of the diocese or of its bishops after the sixth decade of the 6th century. The time and reason for its cease is speculative. It was contained within the Papal States. The diocese was always immediately subject to the Holy See (Papacy).

The Italian Catholic diocese of Fabriano-Matelica in the Marche has existed under this name since 1986. It is a suffragan of the archdiocese of Ancona-Osimo. 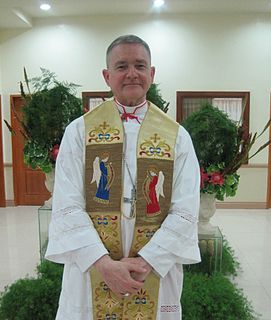 The Diocese of Scala is a bishopric centred on Scala in Italy. No longer a residential see, it is included in the Catholic Church's list of titular sees. It was established as a diocese in 987. On 31 July 1603 it was merged aeque principaliter with the diocese of Ravello. On 27 June 1818 the Diocese of Scala was suppressed by Pope Pius VII's bull De utiliori and all its territories were incorporated into the archdiocese of Amalfi. It is now the seat of a titular archbishopric, currently held by Archbishop Edward Joseph Adams, Apostolic Nuncio to Great Britain.

The Diocese of Sezze was a Latin Catholic bishopric with see in Sezze, in the Province of Latina, central Italy, about 65 kilometres (40 mi) south of Rome and 10 kilometres (6 mi) from the Mediterranean coast..

The Catholic Diocese of Tudela was a modern Latin bishopric with see in Tudela, Navarre, northern Spain, which existed 1783-1851 and again 1889-1956, each time being split off from the Pamplona see or reunited with it.

The Roman Catholic Diocese of Civita(-Tempio) was a Latin Catholic bishopric in the Gallura region of northern Sardinia.

Orte Cathedral or the Basilica of Santa Maria Assunta, Orte, is the main Roman Catholic church of Orte, located in front of the Piazza della Libertà, in the province of Viterbo, region of Lazio, Italy. It is dedicated to the Assumption of the Virgin Mary. It was the episcopal seat of the bishops of Orte, which in 1437 was united aeque principaliter with the diocese of Civita Castellana, and merged into it in 1986; it is now a co-cathedral. It is an immemorial minor basilica.