In the 19th century, he was recognized as one of the most influential intellectuals of his time. His work is part of Brazil's most prestigious literature and contains a strong message of social criticism. 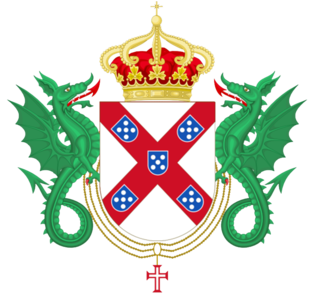 Afonso Alves Martins Júnior, known professionally as Afonso Alves, is a Brazilian former professional footballer, who played as a striker for Atlético Mineiro, Örgryte, Malmö FF, Heerenveen, Middlesbrough, Al-Sadd, on loan and then permanently at Al-Rayyan and concluding his career at Al-Gharafa.

Buritis is a municipality in northern Minas Gerais state in Brazil. It is located just south of the Urucuia River, which is a tributary of the São Francisco River.

Arinos is a municipality in northern Minas Gerais state in Brazil. Arinos is located east of the Federal District on the Urucuia River, a major tributary of the São Francisco. The city is 333 km from Brasília.

Dom Afonso was the Prince Imperial and heir apparent to the throne of the Empire of Brazil. Born in Rio de Janeiro, he was the eldest child of Emperor Dom Pedro II and Dona Teresa Cristina of the Two Sicilies, and thus a member of the Brazilian branch of the House of Braganza.

Faculdade de Direito da Universidade Federal de Minas Gerais is the university's oldest unit, and even appeared before UFMG. Recognized internationally, it is considered a center of excellence in legal education, professional training with great ability and critical view. The qualification of teachers - most have the title of doctor - and the high level of students ensure the recognition of its progress.

Jango is a 1984 Brazilian documentary film directed by Sílvio Tendler. 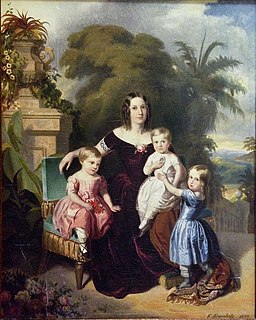 Dom Pedro Afonso was the Prince Imperial and heir apparent to the throne of the Empire of Brazil. Born at the Palace of São Cristóvão in Rio de Janeiro, he was the second son and youngest child of Emperor Dom Pedro II and Dona Teresa Cristina of the Two Sicilies, and thus a member of the Brazilian branch of the House of Braganza. Pedro Afonso was seen as vital to the future viability of the monarchy, which had been put in jeopardy by the death of his older brother Dom Afonso almost three years earlier.

Alberto Venancio Filho is a Brazilian lawyer. He was born on January 23, 1934 in the city of Rio de Janeiro. He is the sixth occupant of Chair nº 25 at the Brazilian Academy of Letters, to which he was elected on July 25, 1991, in succession to Afonso Arinos de Melo Franco. He was received on April 14, 1992 by the academic Américo Jacobina Lacombe. The academics received Father Fernando Bastos de Ávila and Celso Lafer.