Agenzia Giornalistica Italia (AGI – Italian Journalist Agency) is an Italian news agency. It is one of the main news agencies in the country.

The Agenzia Giornalistica Italia was founded in 1950. [1] The agency is based in Rome. [2] In its initial phase it had a left-wing political stance. [3] Then the agency became part of Ente Nazionale Idrocarburi (ENI) in 1960. [3] The agency focuses on news about economics and industry. [4]

It has collaborations with the international news agencies, including Associated Press, Dow Jones and ITAR TASS. [3] It launched cooperation with the Vietnam News Agency in June 2014. [4] With Il Sole 24 Ore and China Radio International has launched AGI China 24, a Chinese news agency in Italian language, mainly for Italian entrepreneurs in China, translating also Xinhua articles and bulletins. [ clarification needed ] 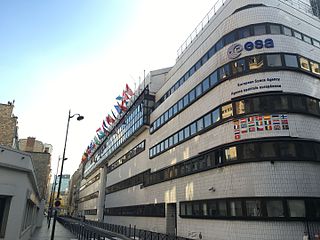 The European Space Agencypronunciation (help·info) is an intergovernmental organisation of 22 member states dedicated to the exploration of space. Established in 1975 and headquartered in Paris, ESA has a worldwide staff of about 2,200 in 2018 and an annual budget of about €6.68 billion in 2020.

The Shanghai Cooperation Organisation (SCO), or Shanghai Pact, is a Eurasian political, economic, and security alliance, the creation of which was announced on 15 June 2001 in Shanghai, China by the leaders of China, Kazakhstan, Kyrgyzstan, Russia, Tajikistan, and Uzbekistan; the Shanghai Cooperation Organisation Charter, formally establishing the organisation, was signed in June 2002 and entered into force on 19 September 2003. The original five nations, with the exclusion of Uzbekistan, were previously members of the Shanghai Five group, founded on 26 April 1996. Since then, the organisation has expanded its membership to eight countries when India and Pakistan joined SCO as full members on 9 June 2017 at a summit in Astana, Kazakhstan. The Heads of State Council (HSC) is the supreme decision-making body in the SCO, it meets once a year and adopts decisions and guidelines on all important matters of the organisation. Military exercises are also regularly conducted among members to promote cooperation and coordination against terrorism and other external threats, and to maintain regional peace and stability. The SCO is the largest regional organisation in the world in terms of geographical coverage and population, covering three-fifths of the Eurasian continent and nearly half of the human population.

The Italian Space Agency is a government agency established in 1988 to fund, regulate and coordinate space exploration activities in Italy. The agency cooperates with numerous national and international entities who are active in aerospace research and technology.

Radio Free Asia (RFA) is a United States government–funded, nonprofit international broadcasting corporation that broadcasts and publishes online news, information and commentary to readers and listeners in East Asia. Its self-stated mission is "to provide accurate and timely news and information to Asian countries whose governments prohibit access to a free press."

The Italian Radicals is a liberal political party in Italy which describes itself as "liberale, liberista [and] libertario", where liberale refers to political liberalism, liberista denotes economic liberalism and libertario represents a form of cultural liberalism concerning moral issues.

AGI or Agi may refer to:

The Agenzia Nazionale Stampa Associata is the leading wire service in Italy. ANSA is a not-for-profit cooperative, whose members and owners are 36 leading news organizations in Italy. Its mission is the distribution of fair and objective news reporting.

Opus Dei: An Objective Look Behind the Myths and Reality of the Most Controversial Force in the Catholic Church is a book written by American journalist John Allen, Jr. about the Prelature of the Holy Cross and Opus Dei, commonly known as Opus Dei, published in 2005. While the book received mixed reviews, there were more positive reviews than negative. Two journalists referred to it as "widely considered as the definitive book on Opus Dei." On the other hand, some said Allen "applied a daub of whitewash." Agenzia Giornalistica Italiana (AGI), a major Italian news agency, described his work as having an "empirical approach" and that his book is of "great historical and journalistic interest."

The Vietnam News Agency (VNA), a governmental agency, is the official state news provider of the Socialist Republic of Vietnam. 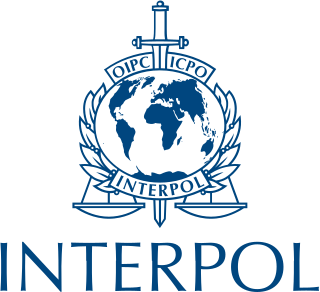 The International Criminal Police Organisation, more commonly known as INTERPOL, is an international organization that facilitates worldwide police cooperation and crime control. Headquartered in Lyon, France, it has seven regional bureaus worldwide and a National Central Bureau in all 194 members states, making it the world's largest police organization.

RCS MediaGroup S.p.A., based in Milan and listed on the Italian Stock Exchange, is an international multimedia publishing group that operates in daily newspapers, magazines and books, radio broadcasting, new media and digital and satellite TV. It is also one of the leading operators in the advertisement sales & distribution markets.

Adnkronos is an Italian news agency. 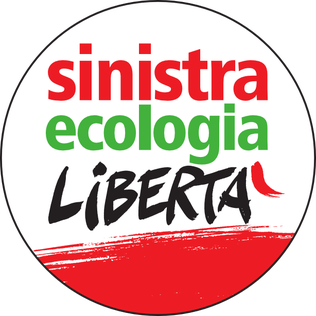 Left Ecology Freedom was a democratic socialist political party in Italy whose bulk was formed by former members of the Communist Refoundation Party.

Carlo Petrini was an Italian professional football player and coach.

Trinità dei Monti is an independent think tank based in Rome, Italy. It was de facto founded by Pierluigi Testa in February 2012. The group is composed of more than 400 members. 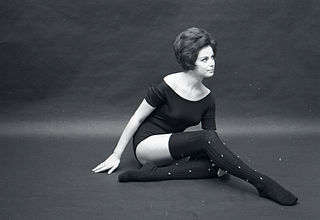 This is a list of Italy's representatives and their placements at the Big Four international beauty pageants, considered the most important in the world.