Born in Cheltenham, Nicholls was the daughter of a director of Cavendish House, a prestigious store in the town. She received her early education at Bedford High School where she started singing lessons with Dr H. Alfred Harding. In 1894, she won a scholarship to the Royal College of Music where her teacher was Albert Visetti. During her student years she took the part of Dido in Purcell's Dido and Aeneas , and sang three times in front of Queen Victoria at private functions.

Nicholls' voice matured into an impressive, dramatic-sized instrument. Her operatic roles ranged from major Wagner and Mozart parts through to the Dewman in Humperdinck's Hänsel und Gretel.

Among her celebrated Wagnerian assumptions were Venus in Tannhäuser , Sieglinde in Die Walküre , Brünnhilde in Siegfried . In 1908, she participated in a notable production of Wagner's Ring Cycle, led by the eminent Hans Richter.

Nicholls sang with the Quinlan Opera Company during its 1912 tour of Australia. She was a frequent performer at the Royal Opera House, Covent Garden until 1924, and was a principal of the British National Opera Company, appearing under the baton of Sir Thomas Beecham and other leading conductors of the day. In 1904, she married the conductor-composer, Hamilton Harty, who was to become famous as the director of the Hallé Orchestra. Harty was knighted in 1925 and Nicholls was styled subsequently as Lady Harty. He had frequently accompanied her on piano at song recitals, but his health deteriorated in the 1930s, and he and his wife became estranged. Harty died in 1941.

As well as being a conductor, Harty was a composer, and Nicholls was the debut soloist in one of his compositions, Ode to a Nightingale , which was heard at the 1907 Cardiff Festival. This work was repeated the same year at The Proms in London's Albert Hall. As well as performing in opera and delivering songs, Nicholls sang in many oratorios, including Parry's Judith and Bach's St Matthew Passion . Sir Henry Wood, the conductor and impresario, described her as "a great artist with a beautiful voice (which) seemed to have been made for Bach's arias".

Nicholls died in London, aged 82, but her pure, strong, well-trained and steady voice can still be heard on a handful of gramophone recordings of songs and arias which she made between circa 1909 and circa 1921. These have been remastered and reissued on CD in recent years (most comprehensively by Truesound Transfers, catalogue number TT-3041). Unfortunately, none of her Bach, Mozart or Wagner interpretations figure in her short discography. The pre-1925 acoustic recording process found it difficult to capture powerful voices such as the one possessed by Nicholls and, according to discographers, she refused to approve most of her discs for public release because of their inadequate sound.

Edda Moser is a German operatic soprano. She was particularly well known for her interpretations of music by Mozart. Her 1973 recital LP Virtuose Arien von WA Mozart received the Grand Prix du Disque.

Gundula Janowitz is a German-born Austrian lyric soprano singer of operas, oratorios, lieder, and concerts. She is one of the most renowned opera singers of the 20th century and was pre-eminent in the 1960s and 1970s.

Júlia Várady is a German soprano of Hungarian origin born in Nagyvárad, Hungary, who started out as a mezzo-soprano. 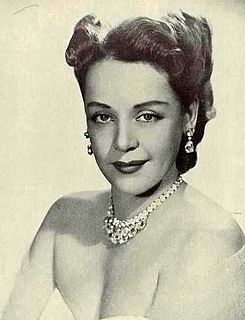 Eleanor Steber was an American operatic soprano. Steber is noted as one of the first major opera stars to have achieved the highest success with training and a career based in the United States. 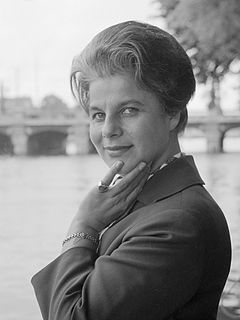 Jennifer Vyvyan was a British classical soprano who had an active international career in operas, concerts, and recitals from 1948 up until her death in 1974. She possessed a beautifully clear, steady voice with considerable flexibility in florid music. She was praised for her subtle phrasing and her dramatic gifts enabled her to create vivid individual portrayals. Although she sang a broad repertoire, she is particularly remembered for her association with the works of Benjamin Britten; notably singing roles created for her in the world premieres of several of his operas with the English Opera Group. 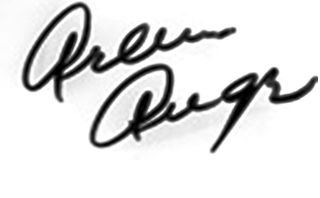 Joyce Arleen Auger was an American soprano, admired for her coloratura voice and interpretations of works by Bach, Handel, Haydn, Monteverdi, Gluck, and Mozart.

Sigurður Bragason is an Icelandic baritone.

Miriam Licette was an English operatic soprano whose career spanned 35 years, from the mid-1910s to after World War II. She was also a singing teacher, and created the Miriam Licette Scholarship.

Gwendoline Florence Catley was an English coloratura soprano who sang in opera, concert and revues. She often sang on radio and television, and made numerous recordings of songs and arias, mostly in English. She was renowned for the clarity and agility of her voice particularly in florid parts, and her English diction was outstanding.

Rachel Nicholls is an English soprano in opera and concert.

Herbert Heyner was a noted English baritone. Heyner appeared in a handful of operas, and a number of broadcast operas, but his stage appearances were predominantly in oratorio and songs. He sang in some notable performances of Sir Edward Elgar's oratorios under the composer's baton. He sang in Britain, France, Germany, the United States and Canada, and he sang at The Proms 59 times between 1909 and 1937, in songs and operatic arias.

Patricia Johnson is an English operatic mezzo-soprano. She made an international career and is known for her dramatic voice and her stage presence. She appeared in leading roles of the repertory, such as Carmen and Eboli, and created new roles, such as the Baronin Grünwiesel in Henze's Der junge Lord, and the Princess in Nicolas Nabokov's Love's Labour's Lost.