Agostino Brunias (c. 1730 – 2 April 1796) was a London-based Italian painter from Rome. Strongly associated with West Indian art, he left England at the height of his career to chronicle Dominica and the neighboring islands of the Lesser Antilles.

Brunias was born in Rome c. 1730; [1] the exact date is uncertain. His first name has been spelled in various ways including Abraham, Alexander, August, or Austin, while his surname has been recorded as Brunais and Brunyas. [2]

After Brunias met the Scottish architect Robert Adam, who was on a Grand Tour of Europe, he studied the "magnificent ruins of Italy" between 1756 and 1758. He became employed as a draughtsman by Adam, joining him in England in 1758, and painted for many of Adam's elegant buildings in England. Adam, praising his works, called Brunias a "bred painter". His murals and paintings covered the interior walls of many stately homes. [1] [2] [3] Surviving examples of Brunias' early work include five paintings in the classical style (1759-1760), which were commissioned to decorate the breakfast room at Kedleston Hall, now housed at the Victoria and Albert Museum. [5] By 1762, Brunias was residing in Broad Street, Carnaby Market, London [3] and in 1763 and 1764, he exhibited at the Free Society of Artists in London. [2]

At the end of 1764, Brunias left London for the British West Indies under the employ of Sir William Young, 1st Baronet. Young was at that time President of the Commission for the Sale of Ceded Lands in Dominica, Saint Vincent, Grenada and Tobago, following the Treaty of Paris. In 1768 Young was appointed Lieutenant Governor of Dominica, and then in 1770 was appointed Governor of Dominica, then one of Britain's newest colonies in the Lesser Antilles.

Brunias accompanied Young on his travels through the West Indies, providing him with subject matter including indigenous Carib life and evolving 18th-century creole cultures. His first sketches of the West Indies were done in Bridgetown in 1765, one of which was turned into a popular engraving titled "Barbados Mulatto Girl." Following Sir William Young, Brunias settled in settled in Dominica's capital, Roseau. [1] From the West Indies, Brunias submitted two drawings to the Society of Artists' exhibition of 1770 in London. [2] [6]

Brunias returned to England around 1773 or 1775. In 1777 and 1779, three of his West Indian paintings were shown at the Royal Academy. [7] He followed this accomplishment by publishing engravings of his West Indian paintings, some of which were "by his own hand. [8] [7] [2] During this time he created wall paintings of "Caribbean aborigines" for the Ante Library at Stowe House. [1]

During Brunias' absence from the West Indies, Dominica and St. Vincent were occupied by the French; Britain did not regain the colonies until the Treaty of Versailles was signed in 1783. Brunias was finally able to return to Dominica in 1784, and remained there until his death on the island of Dominica in 1796. [1]

During the Haitian Revolution in the 1790s, Toussaint Louverture, liberator of Haiti and one of Brunias' supporters, wore eighteen buttons on his waistcoat which were each decorated with a different hand-painted miniature reproduction of Brunias' West Indian scenes. [9] [10]

Engravings of his designs continued to be published posthumously. Harvard University's Fogg Museum, Yale Center for British Art and Tate (London) own examples of his works. [2] His work has also been acquired by the Victoria and Albert Museum, [11] Cooper Hewitt, Smithsonian Design Museum, [12] and The Brooklyn Museum. [13]

In 1808, artist and critic Edward Edwards summarized Brunias body of work as consisting of "decorative subjects for panels and ceilings, both in colours and chiaroscuro," and of West Indian subject matter. [8] He was particularly adept at painting 'Negro festivals', dances, markets, and other related cultural traditions and producing paintings showing interaction between indigenous Caribs and colonial settlers.

Brunias in his collected works is shown to be predominantly a figure painter, with strong classical influences. Although he occasionally painted landscapes and other subject matter, classical figures are repeated in his early work as well as his West Indian pieces. [15]

Although Brunias was initially commissioned to depict upper-class plantation life, his works assumed what was considered to be a subversive political role in the Caribbean, endorsing a free, anti-slavery society, and exposing the artificiality of racial hierarchies in the West Indies. His paintings of Dominica, St. Vincent, St. Kitts, and Barbados provide a valuable insight into life on these islands during the colonial period. One of his works, Free Women of Color with their Children and Servants in a Landscape (c. 1764–96), an oil painting on canvas, depicts colonial women of color as privileged and prosperous, and is now in the Brooklyn Museum. It depicts the influence of the diverse European, Caribbean, and African cultures prevalent in the 18th century Caribbean. [9]

At the same time, several critics have argued that Brunias' images of communities of color romanticized and obscured the realities of colonial domination and plantation slavery. [15] [3] [1]

Born in Italy and achieving success in England, Agostino Brunias spent more than twenty-five years in the Caribbean, where he primarily resided in Dominica. He is also known to have lived in St. Vincent, and he spent time on Barbados, Grenada, St. Kitts, and Tobago.

He started a family in Dominica around 1774, shortly before he returned to England, and was then separated from them by war. From church records it seems that his children's mother was a "free mulatto woman" and they had at least two children. After being reunited with his family after nearly ten years, he remained with them in Roseau until his death. [1]

He died on 2 April 1796 at the age of 66, and was buried in the Catholic cemetery on the site of the present-day Roseau Cathedral. [3]

The History of Dominica concerns the history of this Caribbean island. 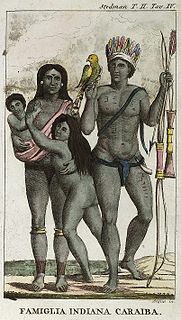 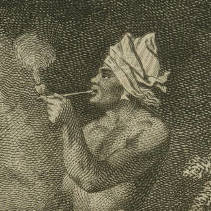 Joseph Chatoyer, also known as Satuye, was a Garifuna (Carib) chief who led a revolt against the British colonial government of Saint Vincent in 1795. Killed that year, he is now considered a national hero of Saint Vincent and the Grenadines, and also of Belize and Costa Rica. Vincentian politician Camillo Gonsalves described him in 2011 as his country's "sole national hero".

A tignon is a type of headcovering. A large piece of material tied or wrapped around the head to form a kind of turban that somewhat resembles the West African gele. It was worn by Creole women of African descent in Louisiana beginning in the Spanish colonial period, and continuing to a lesser extent to the present day.

Phyllis Byam Shand Allfrey was a West Indian writer, socialist activist, newspaper editor and politician of the island of Dominica in the Caribbean. She is best known for her first novel, The Orchid House (1953), based on her own early life, which in 1991 was turned into a Channel 4 television miniseries in the United Kingdom.

Lennox Honychurch is Dominica's most noted historian and a politician. He is well known for writing 1975's The Dominica Story, the 1980s textbook series The Caribbean People, and the 1991 travel book Dominica: Isle of Adventure. He was largely responsible for compiling the exhibit information for The Dominica Museum in Roseau. Honychurch is the grandson of writer and politician Elma Napier. 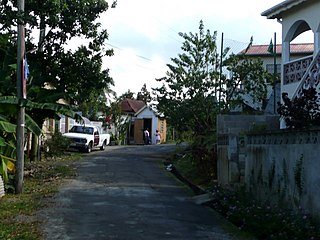 Vieille Case, sometimes spelled as Vielle-Case, is a village on the north coast of Dominica. The Commonwealth of Dominica in the West Indies was first inhabited by the Kalinago tribe referred to by the Europeans as Caribs. Itassi is the Kalinago name for the area in Dominica which is now known as Vieille Case. 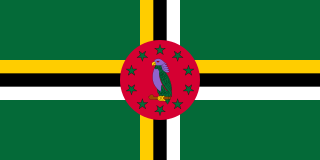 Dominica, officially the Commonwealth of Dominica, is an island country in the Caribbean. The capital, Roseau, is located on the western side of the island. It is geographically situated as part of the Windward Islands chain in the Lesser Antilles archipelago in the Caribbean Sea. The island is located near Guadeloupe to the northwest and Martinique to the south-southeast. Its area is 750 km2 (290 sq mi), and the highest point is Morne Diablotins, at 1,447 m (4,747 ft) in elevation. The population was 71,293 at the 2011 census.

Raymond Breton was a French Dominican missionary and linguist among the Caribbean Indians, and in particular the Garifuna.

The Baháʼí Faith in Dominica begins with a mention by ʻAbdu'l-Bahá, then head of the religion, in 1916 as Latin America being among the places Baháʼís should take the religion to. The island of Dominica was specifically listed as an objective for plans on spreading the religion in 1939 by Shoghi Effendi, who succeeded ʻAbdu'l-Baha as head of the religion. In 1983, William Nedden is credited with being the first pioneer to Dominica at the festivities associated with the inaugural election of the Dominican Baháʼís National Spiritual Assembly with Hand of the Cause, Dhikru'llah Khadem representing the Universal House of Justice. Later research records Ivor Ellard arrived two days before, April 17, 1966. The first Baháʼí Local Spiritual Assembly of Dominica was elected in 1976. Since then, Baháʼís have participated in several projects for the benefit of the wider community, and in 2001 various sources report between less than 1.4% and up to 1.7% of the island's approximately 70,000 citizens are Baháʼís.

The Cathedral of Our Lady of Fair Haven of Roseau, originally known in French as Église de Notre-Dame du Bon Port du Mouillage de Roseau, is a Roman Catholic cathedral in Roseau, the capital city of Dominica in the Caribbean. The church is the see of the Diocese of Dominica, suffragan diocese of the Archdiocese of Castries, Saint Lucia. 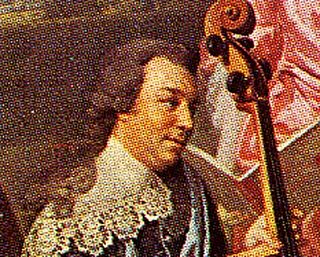 Sir William Young, 1st Baronet (1724/5–1788) was a British politician and sugar plantation owner. He served as President of the Commission for the Sale of Lands in the Ceded Islands, and was appointed the first non-military Governor of Dominica in 1768. 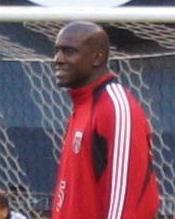 Cadell and Davies was a publishing company established in London in 1793. The business was formed when bookseller and publisher Thomas Cadell the elder (1742–1802) bequeathed his business to his son Thomas Cadell the younger (1773–1836) and the elder Cadell's apprentice William Davies. Cadell & Davies shut down after Davies death in 1819. Cadell continued in business until his own death in 1836. Yale University has a collection of the firm's papers and correspondence. 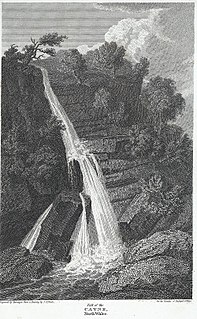 Major Samuel Barenger was a British engraver also known by his signature M.S. Barenger and S Barenger. His work was included in Cadell and Davies' Britannia depicta. One of his engravings was included in an 1809 publication featuring the architectural antiquities of Great Britain. According to the Benezit Dictionary of British Graphic Artists and Illustrators published by Oxford University Press he was active in London and exhibited in the Suffolk Street Gallery in 1823. He was also part of an 1821 exhibition in Soho Square. His works dates from 1807 until the 1830s. Two of his engravings based on his brother's paintings were included in the 1824 "Annals of Sporting".