"Aishiteru" (愛してる; I Love You) is the 6th single by Mika Nakashima. Billed as a 'St. Valentine EP for the Lovers,' this single peaked on the Oricon weekly charts at #4 and sold roughly 104,680 copies.

Round Table is a Japanese pop band known mostly for their Anime soundtracks. They are most popularly known in the Anime demographic for their hit single, "Let Me Be With You" - the opening song for the anime Chobits. The band was formed in 1997 with Katsutoshi Kitagawa and Rieko Ito as band members. In 2002, Nino joined as a guest vocalist. Nino provides the main vocals for the songs while Kitagawa provides backing vocals. Since then their songs have often been credited as "ROUND TABLE featuring Nino". The name of the album April came from Nino's birth-month.

Ōtarō Maijō is a Japanese novelist from Fukui Prefecture. Winner of the 19th Mephisto Prize for Smoke, Soil, and Sacrifices, and the 16th Mishima Yukio Prize for Asura Girl. His short story, "Drill Hole in the Brain" was translated into English as part of Del Rey's Faust anthology, and described by the Anime News Network as the "crowning glory" of the anthology. 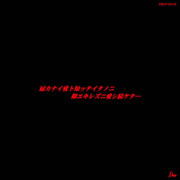 "Todokanai Ai to Shitteita no ni Osaekirezu ni Aishitsuzuketa..." is a single released by Gackt on August 10, 2005 under Nippon Crown. It peaked at third place on the Oricon weekly chart and charted for nine weeks. It was used as a theme song for the TV drama Keiyaku Kekkon (契約結婚). It was certified gold by RIAJ.

"Sayonara Baby" (Sayonaraベイベー) is Miliyah Kato's thirteenth single, released on September 24, 2008. On its first day the song debuted at #10. The song's second A-side, "Koi Shiteru", samples the song "I Love Your Smile". "Sayonara Baby" has been certified Platinum for Chaku Uta Full downloads of over 250,000.

"Eternally" is a song by Japanese musician Utada Hikaru, from her 2001 album Distance. It was re-arranged in 2008 as "Eternally " for use in the Maki Horikita starring Fuji TV drama Innocent Love. It was released as a digital single on October 31, 2008, and eventually released onto CD in March 2009, on an EMI compilation album I: Zutto, Zutto, Aishiteru. 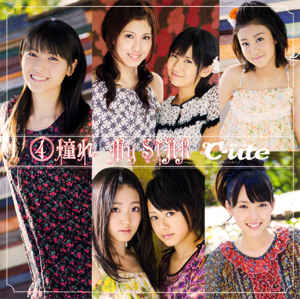 4 Akogare My Star is the fourth album by the J-pop idol group Cute, released on January 28, 2009 in a limited edition version and a regular edition version. The album's track list features eleven songs, including three single releases: "Namida no Iro", "Forever Love", and "Edo no Temari Uta II".

Heavenly Forest is a 2006 Japanese romance and drama film based on the novel Renai Shashin: Mō Hitotsu no Monogatari written by Takuji Ichikawa. It was also released as a manga. The film was directed by Takehiko Shinjo, and focuses on the relationship that evolves between a photographer named Makoto, and two of his female university classmates, Shizuru and Miyuki.

"Kiss Me Aishiteru" is the 15th major single by the Japanese idol group Cute and their first single of 2011, released on February 23, 2011. 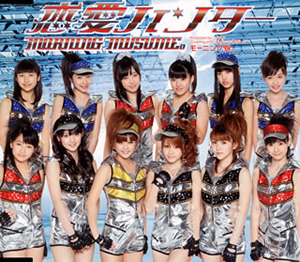 "Ren'ai Hunter" is the 49th single by the Japanese female idol group Morning Musume, released in Japan on April 11, 2012.

Aishiteru is the 15th single of the Japanese pop singer Miho Komatsu under Giza studio label. It was released 5 December 2001. The single reached #28 in its first week and sold 9,390 copies. It charted for 2 weeks and sold 11,860 copies.

The following is a discography for Megumi Nakajima.

Nana Azuki is a Japanese musical lyricist and keyboardist under Giza Studio label. She is a former member of the Japanese pop band Garnet Crow, primarily as the lead songwriter and keyboardist. 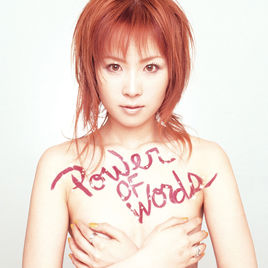 Power of Words is the second studio album by Japanese singer and songwriter Rina Aiuchi. It was released on 15 May 2002 by Giza Studio. The dance music-influenced J-pop album has spawned six singles, including four Japan top 5 singles: "Navy Blue", "Forever You: Eien ni Kimi to", "I Can't Stop My Love for You", and "Can You Feel the Power of Words?". The album topped on the Oricon albums chart in its first week and charted for 13 weeks on the chart, making it Aiuchi's best-selling album.

Memory Love is a 2017 Taiwanese television series created and produced by SETTV. It stars Andy Chen, Mandy Wei, Jolin Chien, Mandy Tao, Kris Shen and Nylon Chen as the main cast. Filming began on 11 July 2017 and ended in 27 November 2017. It was first broadcast on 6 August 2017 on TTV and airs every Sunday night from 10pm to 11.30pm.

"I Believe You ~Ai no Hana~" is a song by Japanese singer-songwriter Rina Aiuchi. It was released on 7 May 2008 through Giza Studio, as the fourth single from her sixth studio album Trip. The single reached number seventeen in Japan and has sold over 8,303 copies nationwide. The song served as the theme songs to the Japanese television show, Koisuru Hanikami.