People with the surname Zaidi trace their origins to the Islamic Holy City of Mecca, located in present-day Saudi Arabia. Descendants of Zaid ibn Ali are known as Sayyid and Sayyida, an honorific title bestowed upon to the descendants of Muhammad. The Zaidi surname is derived from Zaid ibn Ali, the son of Imam Ali ibn al-Husayn Zayn al-'Abidin, who was the great grandson of the Prophet Muhammad. Descendants of Zaid ibn Ali who chose to move away from the Arabian Peninsula and have the surname Zaidi are commonly located in Iraq, Iran, Afghanistan,India and Pakistan.

Wasit Governorate is a governorate in eastern Iraq, south-east of Baghdad and bordering Iran. Prior to 1976 it was known as Kut Province. Major cities include the capital Al Kut, Al-Hai and Al-Suwaira. The governorate contains the Mesopotamian Marshes of Shuwayja, Al-Attariyah, and Hor Aldelmj. Its name comes from the Arabic word meaning "middle," as the former city of Wasit lay along the Tigris about midway between Baghdad and Basra. Wasit city was abandoned after the Tigris shifted course. 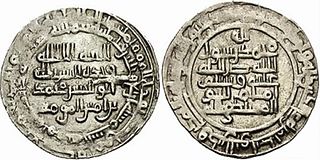 Abdallah ibn al-Muktafi, better known by his regnal name al-Mustakfi bi-llah was the Abbasid Caliph in Baghdad from 944 to 946. He was installed by Tuzun, a Turkish general who deposed and blinded the previous Caliph al-Muttaqi.

Wasit is a place in Wasit Governorate, south east of Kut in eastern Iraq.

An Numaniyah is a city on the Tigris river in Iraq, located roughly 140 kilometres (87 mi) southeast of Baghdad in the Wasit Province. It is the site of one of four national training centers for the Iraqi Army.

The Sadaat Amroha or Amrohi Syed Urdu: امروہی سید‎) are a community of Sayyids, historically settled in the town of Amroha, in the Indian state of Uttar Pradesh. Many members of the community migrated to Pakistan after independence and settled in Karachi, Sindh.

Ahrar or al ahrar, singular al hurr, or variants, may refer to:

Al-Nu'maniya District is a district of the Wasit Governorate, Iraq. It includes the Al-Ahrar subdistrict. Its seat is An Numaniyah town.

Badra District is a district of the Wasit Governorate, Iraq. Its seat is the city of Badra.

Kut District is a district of the Wasit Governorate, Iraq. Its seat is the city of Kut.

Al-Mada'in District is a district of the Baghdad Governorate, Iraq. It includes the city of Salman Pak, which incorporates the ancient ruins of Al-Mada'in, and the oldest freestanding mud brick arch in the world. Other metropolitan areas include Jisr Dyala, an urban district that borders the Baghdad city district of (???), the northern village of Nahrawahn with its major brickworks, and the central village of Wahedah that sits astride the Basrah Highway into Wasit Province.

Wasit University is one of the Iraqi Universities established in 2003 in Al Kut, Wasit, Iraq.

Adnan Taess Akkar Al-Mntfage is an Iraqi middle-distance runner. At the 2012 Summer Olympics, he competed in the Men's 800 metres.

Abū al-Husayn Bajkam al-Mākānī, referred to as Bajkam, Badjkam or Bachkam, was a Turkish military commander and official of the Abbasid Caliphate. A former ghulam of the Ziyarid dynasty, Bajkam entered Abbasid service following the assassination of the Ziyarid ruler Mardavij in 935. During his five-year tenure at the Caliphate's court at Baghdad, he was granted the title of amir al-umara, consolidating his dominance over the Caliphs ar-Radi and al-Muttaqi and giving him absolute power over their domains. Bajkam was challenged throughout his rule by various opponents, including his predecessor as amir al-umara, Muhammad ibn Ra'iq, the Basra-based Baridis, and the Buyid dynasty of Iran, but he succeeded in retaining control until his death. He was murdered by a party of Kurds during a hunting excursion in 941, shortly after the accession of al-Muttaqi as Caliph. Bajkam was known both for his firm rule and for his patronage of Baghdad intellectuals, who respected and in some cases befriended him. His death led to a void in central power, resulting in a brief period of instability and fighting in Baghdad.

Maarat Saidnaya, or Maaret Saidnaya is a mountainous village in Al-Tall District of Damascus's Countryside Rif Dimashq Governorate, Syria. It sets on the plains of the Qalamun Mountains that are overlooked by nearby city of Saidnaya at 1,200 metres above sea level, 28 kilometres (17 mi) north of the city of Damascus. According to the Syria Central Bureau of Statistics (CBS), Maarat Saidnaya had a population of 3,084 in the 2004 census. Its inhabitants are predominantly Melkite Catholics.

Al-Suwaira is a city in Al-Suwaira District, Wasit Governorate, Iraq. It is located on the west bank of the Tigris, 35 km south of Baghdad. It is surrounded by fruit groves and palm orchards. It has a population of 77,200, predominantly Shia Arabs.