Alton Lavan (September 13, 1946 – April 23, 2018) was an American football player and coach. He served as the head football coach at Delaware State University from 2004 to 2010. Lavan was also as the interim head football coach at Eastern Michigan University for the final three games of the 2003 season, after replacing Jeff Woodruff. [1] He played college football at Colorado State University and professionally with the Atlanta Falcons of the National Football League (NFL). [2]

Raised in Newark, New Jersey, Lavan played prep football at South Side High School, which has since be renamed as Malcolm X Shabazz High School. [3] 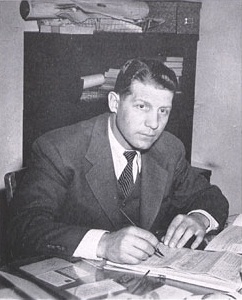 Tony De'Angelo Simmons is a former American football player. He played in the National Football League for the New England Patriots, Cleveland Browns, Indianapolis Colts, Houston Texans and New York Giants. He has also played for the Edmonton Eskimos, BC Lions of the Canadian Football League and the Triangle Razorbacks in Denmark and the Békéscsaba Raptors in Hungary.

Tyrone Anthony Wheatley Sr. is an American football coach and former player who is the head coach at Morgan State University. He played professionally as a running back for 10 seasons in the National Football League (NFL) and was one of the most successful high school and collegiate athletes in Metropolitan Detroit history. In high school, he was a member of state-champion teams in both track and field and football, and he was named Michigan's track and field athlete of the year and football athlete of the year in the same academic year. He earned All-America track honors in both high school and college. Following his graduation as one of Michigan's best high school athletes, he attended the University of Michigan on an athletic scholarship and earned first-team All-Big Ten Conference honors on Big Ten Champion football and track teams. He ranks among the Wolverines' all-time rushing leaders in numerous categories, and his name appears in several places in the Big Ten football record book. He was named to All-Big Ten teams in football and track and field a total of four times, and he earned portions of seven Big Ten championships.

Sean Joseph Morey is a former American football wide receiver in the National Football League (NFL). He played college football at Brown. He was drafted by the New England Patriots in the seventh round of the 1999 NFL Draft. Morey also played for the Philadelphia Eagles, Pittsburgh Steelers and Arizona Cardinals. He earned a Super Bowl ring with the Steelers in Super Bowl XL against the Seattle Seahawks.

Thomas Vincent Darden is a former American football safety and punt returner who played for the Cleveland Browns of the National Football League (NFL). In the NFL, he was a three-time All-Pro free safety. He earned a Pro Bowl selection in 1978. He holds most Cleveland Browns franchise interception records. He was an All-American defensive back for the Michigan Wolverines football team and made one of the more memorable interceptions in college football history. After retiring from football, Darden pursued careers as a sports agent, security provider and business consultant.

Dr. Martin Luther King, Jr. High School is located at 3200 East Lafayette Boulevard in Detroit, Michigan; the building is operated by the Detroit Board of Education. King's district encompasses Downtown and Midtown Detroit; it also includes Lafayette Park, the Martin Luther King Apartments and Riverfront Condominiums. The Brewster-Douglass Housing Projects were zoned to MLK prior to their demolition. In addition it includes the three Wayne State University housing complexes that permit families with children.

The San Jose State Spartans are the intercollegiate athletic teams that represent San José State University. SJSU sports teams compete in the Mountain West Conference at the NCAA Division I FBS level. San Jose State is one of seven universities in the state of California to participate in NCAA Division I FBS athletics, along with the University of California, Fresno State, San Diego State, Stanford, UCLA, and USC. SJSU has participated in athletics since it first fielded a baseball team in 1890.

Marquise Walker is a former professional American football wide receiver and punt returner who signed to play in the National Football League (NFL). He played college football at the University of Michigan where he set many of the school's receiving records and became an 2001 College Football All-American. In 2001, he led the Big Ten Conference in receptions. In 2004, Braylon Edwards surpassed most of his school records. In high school, Walker set several important New York State Public High School Athletic Association (NYSPHSAA) football records for receptions and reception yardage. All of these records have since been broken. Walker is remembered for a pair of spectacular one-handed catches during the 2001 NCAA Division I-A football season.

Steven Craig Morrison is a retired professional American football linebacker who played for the Indianapolis Colts of the National Football League (NFL) from 1995 to 1998. He is currently the associate head coach/linebackers coach at Bowling Green Falcons football. He previously served as the linebackers coach for the Eastern Michigan Eagles football team, on the coaching staff at Western Michigan, and as the linebackers coach at Syracuse Orange football. Prior to these professional experiences, he had excelled in college football as an All-Big Ten Conference inside linebacker from 1990 to 1994 for the Michigan Wolverines, whom he served as captain. In high school, he had been a Detroit Free Press first-team All-State (Michigan) and second-team All-Midwest selection in football and an All-American in lacrosse.

The Delaware State Hornets football is a Division I FCS football team representing the historically black Delaware State University (DSU), and are full-members of the Mid-Eastern Athletic Conference (MEAC). They are a five-time conference champion and made their first-ever FCS playoff appearance in 2007. They play at the 7,193-seat Alumni Stadium located in Dover, Delaware. The facility opened in 1957 as a multi-purpose for football, and track and field.

The 2003 Eastern Michigan Eagles football team represented Eastern Michigan University in the 2003 NCAA Division I-A football season. Eastern Michigan competed as a member of the Mid-American Conference (MAC) West Division. The team was coached by Jeff Woodruff in his final season at EMU. Following the 38–10 loss to Central Michigan, Woodruff, who had compiled a 9–34 record in 3 3⁄4 seasons, was fired on November 3. Running backs coach Al Lavan was named the interim coach while the school conducted a national search for the new permanent coach, and under his leadership the team won two of their final three games. After the end of the season, Northwestern running backs coach Jeff Genyk was hired as the new EMU head coach.

Tony E. Lombardi is an American football player and coach. He is the defensive backs coach at the University of Wisconsin–Stout, a position he has held since 2016. Lombardi served as the interim head football coach at Eastern Michigan University for one game in 1999.