Bruce Alan Campbell (born April 22, 1957), credited professionally as Alan Campbell, is an American actor who is best known for his roles as Derek Mitchell in the 1987–1992 CBS series Jake and the Fatman and as E.Z. Taylor on the short-lived 1984–1985 Three's Company spin-off Three's a Crowd . [1]

Campbell was born Bruce Alan Campbell on April 22, 1957 in Homestead, Florida, the son of Edward John Campbell, a farmer, and Audrey Carolyn Griner (1930–2015), a homemaker.[ citation needed ] Campbell attended Tulane University and graduated with a BA in business from the University of Miami.

On television, Campbell became known to viewers when he co-starred with John Ritter on the short-lived Three's Company spin-off Three's a Crowd (1984–1985) in which he played the comedic role of E.Z. Taylor, Jack Tripper's "surfer dude" assistant chef at his bistro. He also co-starred for five seasons with William Conrad and Joe Penny as Assistant District Attorney Derek Mitchell on the CBS crime drama Jake and the Fatman (1987–1992). Campbell has guest starred on numerous television shows including The Facts of Life , Matlock , All My Children , Law & Order , Law & Order: SVU , Homicide: Life on the Street , as well as the web series, Submissions Only and Then We Got Help!.

Campbell was also an established stage actor having appeared on Broadway, Off-Broadway and regional theater. In 1994, he made his Broadway debut in the New York premiere of Andrew Lloyd Webber's musical Sunset Boulevard starring opposite Glenn Close and Alice Ripley, and received a Best Actor in a Musical Tony Award nomination for his performance as Joe Gillis, a role he reprised from the musical's 1993 US premiere in Los Angeles starring opposite Close, again, and Judy Kuhn. He also starred in Susan Stroman's 2000 Tony Award-winning musical Contact at the Vivian Beaumont Theater, Lincoln Center, and its final performance was broadcast by PBS as part of its Live from Lincoln Center series on September 1, 2002. His most current Broadway role was playing Sam Carmichael in the hit musical Mamma Mia! from 2014 until production ceased in September 2015.

His Off-Broadway credits include Adrift In Macao , Book of Days , Avow and Hello Again . He has appeared in several regional theatrical productions of Race , Death and the Maiden , 12 Angry Men , Hay Fever , Of Thee I Sing , Oleanna , Beauty and the Beast , Johnny Guitar , Bells Are Ringing , On Shiloh Hill, Boogie Woogie Rumble of a Dream Deferred and Breakfast at Tiffany's , and productions of I Love My Wife and The Nerd .

Campbell was married to actress Nova Ball from 1987 to 1990. On October 10, 1999, he married actress Lauren Kennedy, with whom he appeared in Sunset Boulevard on Broadway. They are divorced and have one child, Riley Rose Campbell.

On April 24, 2008, Campbell and Kennedy opened the Lauren Kennedy and Alan Campbell Theater, which establishes a home for a burgeoning theater program at Barton College, a small liberal arts school in Wilson, North Carolina. 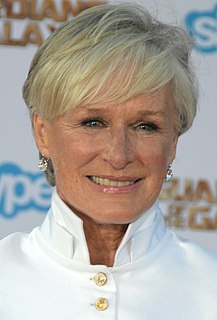 Glenn Close is an American actress. "Long considered one of the great actresses of our time", she is the recipient of numerous accolades, including three Primetime Emmy Awards, three Tony Awards, and three Golden Globe Awards. She has also been nominated eight times for an Academy Award, holding the record for the most nominations in an acting category without a win. With her eighth nomination in 2021, she became one of the five most-nominated actresses in Academy history. In 2016, she was inducted into the American Theater Hall of Fame, and in 2019, Time magazine named her one of the 100 most influential people in the world. 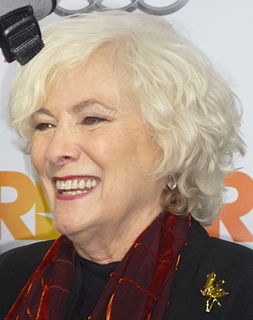 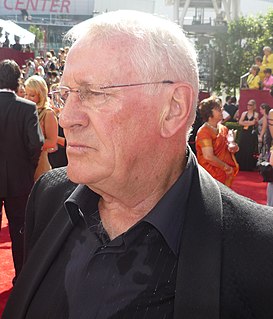 Leonard Joseph Cariou is a Canadian actor and stage director, best known for his portrayal of Sweeney Todd in the original cast of Sweeney Todd: The Demon Barber of Fleet Street, for which he won the Tony Award for Best Actor in a Musical, and for playing the patriarch Henry Reagan, NYPD Police Commissioner (retired), in the multi-generational television series Blue Bloods on CBS. 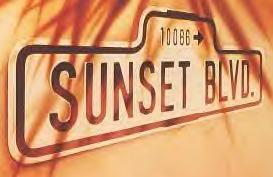 Sunset Boulevard is a musical with music by Andrew Lloyd Webber, and lyrics and book by Don Black and Christopher Hampton, based on Billy Wilder's 1950 film of the same title. 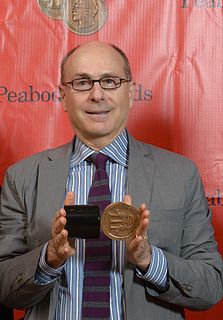 George Hearn is an American actor and singer, primarily in Broadway musical theatre. 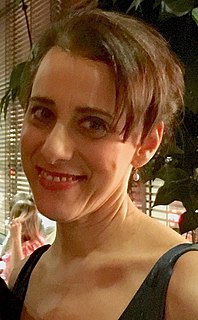 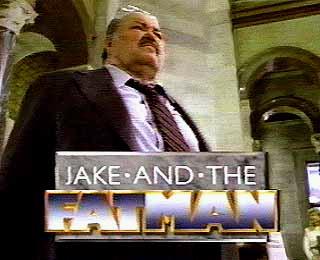 Anthony Crivello is an American actor and singer. He has appeared in the original cast of a number of Broadway shows, including Les Misérables, Kiss of the Spider Woman, Golden Boy, Marie Christine, and The News. In 1993, he won the Tony Award for Best Featured Actor in a Musical for his performance as Valentin in Kiss of the Spider Woman. 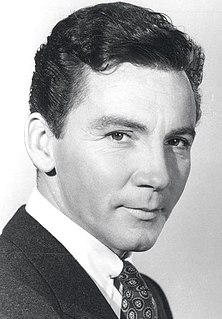 Cameron Mitchell was an American film, television, and stage actor. He began his career on Broadway before transitioning into feature films in the 1950s, appearing in several major motion pictures. He later became known for his roles in numerous exploitation films in the 1970s and 1980s.

Hello Again is a musical with music, lyrics and book by Michael John LaChiusa. It is based on the 1897 play La Ronde by Arthur Schnitzler. It focuses on a series of love affairs among ten characters during the ten different decades of the 20th century. 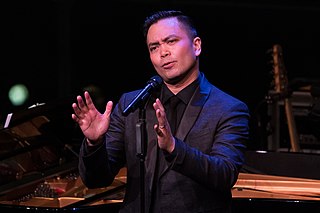 Jose Llana is a Filipino-American singer and actor best known for his roles on Broadway.

Uwe Kröger is a musical star in the German-speaking countries of the world. Besides starring on stage, Kröger has taken part in galas and concerts, as well as making television and film appearances. He has released cast recordings and solo CDs.

Lauren Kennedy is an American actress, and singer who has performed numerous times on Broadway. She is now the producing artistic director of Theatre Raleigh in her home state of North Carolina.

Harry Frederick Gerard Hadden-Paton is a British actor. He is perhaps best known for his television role as Herbert Pelham, 7th Marquess of Hexham, in the television series Downton Abbey.

Jim Walton is an American actor, most notable for his leading performance in the original production of Stephen Sondheim's Merrily We Roll Along as Franklin Shephard. 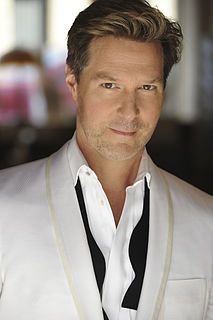 Ron Bohmer is an American actor and singer best known for his musical theatre roles on Broadway and as a recording artist and singer-songwriter. He has starred in numerous Broadway productions, including The Scarlet Pimpernel, Les Misérables, and Fiddler on the Roof, and toured the United States playing such parts as the Phantom in The Phantom of the Opera, and Joseph Smith in The Book of Mormon. As a concert soloist he has performed with symphony orchestras around the world.

Paul Blake is a Tony Award-nominated theatre producer, writer and director. He served as lead producer of Beautiful: The Carole King Musical alongside co-producers Sony/ATV and Mike Bosner, which premiered on Broadway in 2014 garnering seven Tony Award Nominations including Best Musical and winning in 2 categories. At the time of its final performance it was the 27th longest-running show in the history of Broadway.