In 1877 he earned his degree from University of Breslau, afterwards serving as an assistant to Pier Andrea Saccardo at the botanical garden in Padua. Beginning in 1882 he was privat-docent at the University of Modena, becoming director of the Stazione Agraria Modena during the following year. In 1887 he was appointed professor of botany at the University of Genoa. [1] [2]

Later he traveled to Ceylon and Java, where he conducted investigations of Myxomycetes in the laboratories at the Buitenzorg botanical gardens. While in Indonesia, he also took part in a scientific excursion to the Krakatau island group. [1]

The mycological genus Penzigia was named in his honor in 1888 by Pier Andrea Saccardo. His name is also associated with the genera Penzigina (author: botanist Otto Kuntze, 1891) and Penzigiella (author: painter/bryologist Max Fleischer, 1906). [3]

The standard author abbreviation Penz. is used to indicate this person as the author when citing a botanical name. [5] 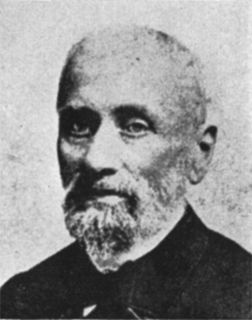 Giovanni Passerini was an Italian botanist and entomologist, born on June 16, 1816 in Pieve di Guastalla. He died on April 17, 1893 in Parma.

Otto Stapf FRS was an Austrian born botanist and taxonomist, the son of Joseph Stapf, who worked in the Hallstatt salt-mines. He grew up in Hallstatt and later published about the archaeological plant remains from the Late Bronze- and Iron Age mines that had been uncovered by his father. 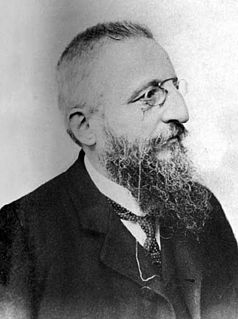 Pier Andrea Saccardo was an Italian botanist and mycologist.

Alessandro Trotter was an Italian botanist and entomologist who pioneered in cecidology, the study of plant galls.

Thuemenella is a genus of fungi in the family Xylariaceae. The genus was circumscribed in 1898 by Albert Julius Otto Penzig and Pier Andrea Saccardo.

Domenico Viviani was an Italian botanist and naturalist.

Andreas Voss was a German botanist and horticulturist.

Hermann Friedrich Bonorden was a German physician and mycologist. During his career he served as a Regimentarzt in Köln.

François-Xavier Gillot was a French physician, mycologist and botanist.

Élie Marchal was a Belgian botanist and mycologist.

Alexandre François Malbranche was a French pharmacist, botanist and mycologist. He is known for his botanical and mycological studies associated with Normandy,

Casimir Roumeguère was a French botanist and mycologist.

Giovanni Battista Traverso was an important mycologist and plant pathologist on the early 1900s. He was born in Pavia, Italy on October 25, 1878 and died on January 22, 1955. He was interested in the flora since his early years what could be seen on his prints that he gave to the catalog of the vascular plants of Pavia in 1898.

Paul Dietel was a German mycologist. 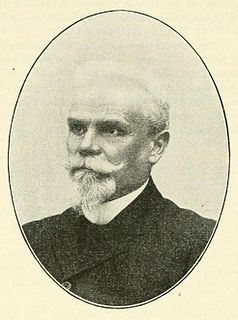 Giuseppe Cuboni was an Italian botanist and agronomist, known for his pioneer work in the field of plant pathology.

Augusto Napoleone Berlese was an Italian botanist and mycologist. He was the brother of entomologist Antonio Berlese 1863–1927, with whom he founded the journal Rivista di patologia vegetale in 1892. 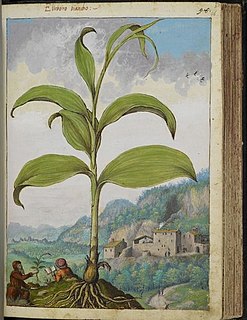 Gherardo Cibo also known by the alias of Ulisse Severini da Cingoli was an artist and a herbalist from Italy. The herbarium that he began in 1532 is the oldest surviving example of the method invented in Italy by his contemporaries and is preserved in Rome. His illustrations of plants show plants in the foreground with landscapes and details of people and places in the background.