Sévigny was born in Tingwick, Quebec. He opened a law practice in Quebec City in 1905. Two years later, he was a candidate for the Quebec Conservative Party in a provincial by-election, but was defeated. He was elected to the House of Commons of Canada in the 1911 federal election. His election was facilitated by an informal alliance between the Conservatives and the Nationalists led by Henri Bourassa because of Sevigny's sympathy with Bourassa's views.

In Parliament, Sevigny became a supporter of Canadian participation in World War I despite the strong opposition of most Quebecers, and became a staunch Conservative. He was appointed Deputy Speaker in 1915, and in 1916, he became Speaker of the House of Commons of Canada.

Prime Minister Robert Borden was facing an increasing divisive crisis over conscription with the country divided between English Canadians who supported the measure and French-Canadians who fervently opposed it. In early 1917, Borden asked Sevigny to leave the Speaker's chair and join the Cabinet to help the government persuade Quebecers of the government's case.

Sévigny was appointed Minister of Inland Revenue, and was required by the laws of the time to resign his seat and run in a by-election. He was re-elected by a margin of only 257 votes.

In June, Borden introduced conscription and, of the French Canadian Members of Parliament, only three voted for the conscription bill, including Sévigny.

Borden formed a Union government with dissident Liberals and called a general election in 1917 on the conscription issue. The country divided largely along linguistic lines: the Conservative candidates were wiped out in Quebec in a rout that cost Sévigny his seat. Borden's coalition dominated the election in English Canada, however, and he was returned with a strong majority.

Sir Robert Laird Borden, was a Canadian lawyer and politician who served as the eighth prime minister of Canada, in office from 1911 to 1920. He is best known for his leadership of Canada during World War I. 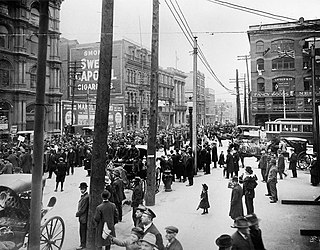 The Conscription Crisis of 1917 was a political and military crisis in Canada during World War I. It was mainly caused by disagreement on whether men should be conscripted to fight in the war, but also brought out many issues regarding relations between French Canadians and English Canadians. Almost all French Canadians opposed conscription; they felt that they had no particular loyalty to either Britain or France. Led by Henri Bourassa, they felt their only loyalty was to Canada. English Canadians supported the war effort as they felt stronger ties to the British Empire. On January 1, 1918, the Unionist government began to enforce the Military Service Act. The act caused 404,385 men to be liable for military service, from which 385,510 sought exemption.

Joseph Pierre Albert Sévigny, PC, OC, CD, VM, ED was a Canadian soldier, author, politician, and academic. He is best known for his involvement in the Munsinger Affair.

Edgar Nelson Rhodes, was a Canadian parliamentarian from Nova Scotia.

Joseph-Aldric Ouimet, was a Canadian parliamentarian.

Esioff-Léon Patenaude,, often called E.L. Patenaude was a Canadian statesman who served as the 17th Lieutenant Governor of Quebec. Born in Saint-Isidore, Quebec, in 1875, he studied law at Université de Montreal and was called to the Quebec bar in 1899. He established a successful law practice and was soon drawn to politics, serving as a chief organizer for the Conservative Party of Canada in Montreal. 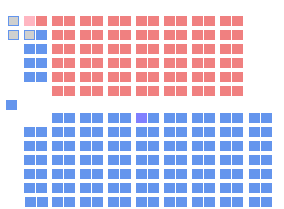 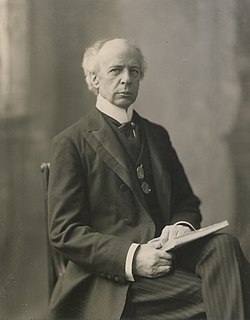