Albert Steffen (December 10, 1884, Wynau, Switzerland – July 13, 1963, Dornach, Switzerland) was a poet, painter, dramatist, essayist, and novelist. He joined the Theosophical Society in Germany in 1910, and the Anthroposophical Society in 1912 and became its president after the death of its founder, Rudolf Steiner, in 1925. Steffen was chief editor of the society's journal, Das Goetheanum, from 1921–1963. [1]

Steffen wrote many plays (Hiram and Solomon, Manes' Experience of Death), novels (Oasis of Humanity, The Renewal of the Association), and essays (The Artist Between West and East). Other than a volume of poetry published with the American poet Percy MacKaye, containing both of their poetry translated by each other, [2] few of his works have appeared in English.

His earliest works, predating his encounter with anthroposophy, already manifest a spiritual awareness. His later works, which reflect a vision of the world permeated by metaphysical powers of good and evil, draw on a wide range of esoteric European and Asian traditions. [1] 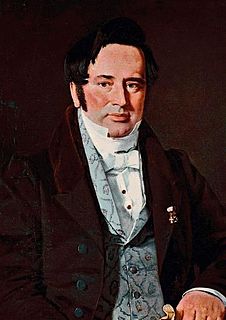 Adam Gottlob Oehlenschläger was a Danish poet and playwright. He introduced romanticism into Danish literature. 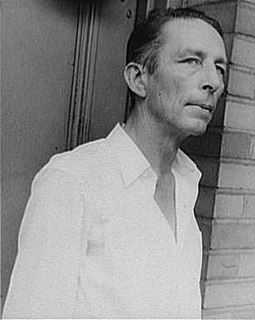 John Robinson Jeffers was an American poet, known for his work about the central California coast. Much of Jeffers' poetry was written in narrative and epic form. However, he is also known for his shorter verse and is considered an icon of the environmental movement. Influential and highly regarded in some circles, despite or because of his philosophy of "inhumanism", Jeffers believed that transcending conflict required human concerns to be de-emphasized in favor of the boundless whole. This led him to oppose U.S. participation in World War II, a stance that was controversial after the U.S. entered the war. 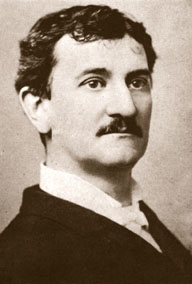 James Morrison Steele MacKaye was an American playwright, actor, theater manager and inventor. Having acted, written, directed and produced numerous and popular plays and theatrical spectaculars of the day, he became one of the most famous actors and theater producers of his generation. 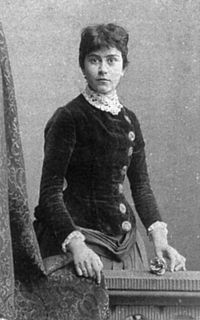 Else Lasker-Schüler was a German Jewish poet and playwright famous for her bohemian lifestyle in Berlin and her unique poetic genius. She was one of the few women affiliated with the Expressionist movement. Lasker-Schüler fled Nazi Germany and lived out the rest of her life in Jerusalem.

Wilson Pugsley MacDonald was a popular Canadian poet who "was known mainly in his own time for his considerable platform abilities" as a reader of his poetry. By reading fees, and by selling his books at readings, he was able to make a living from his poetry alone. In the 1920s he was so popular "that his fame eclipsed that of Robert Service and Pauline Johnson".

Dornach is a municipality in the district of Dorneck in the canton of Solothurn in Switzerland.

"A Defence of Poetry" is an essay by the English poet Percy Bysshe Shelley, written in 1821 and first published posthumously in 1840 in Essays, Letters from Abroad, Translations and Fragments by Edward Moxon in London. It contains Shelley's famous claim that "poets are the unacknowledged legislators of the world".

Ernst Meister was a German poet and writer.

Friedrich Hiebel was an Austrian anthroposophist, journalist and writer.

Anna Hempstead Branch was an American poet. She was regarded as a major poet during her life and William Thomas Stead called her "the Browning of American poetry".

Caliban by the Yellow Sands is a play by Percy MacKaye, published in 1916.