Albrecht, Duke of Bavaria (Albrecht Luitpold Ferdinand Michael; 3 May 1905 – 8 July 1996 [1] ) was the son of the last crown prince of Bavaria, Rupprecht, and his first wife, Duchess Marie Gabrielle in Bavaria. He was the only child from that marriage that reached adulthood. His paternal grandfather was Ludwig III of Bavaria, the last king of Bavaria, who was deposed in 1918.

Following the First World War, Albrecht's grandfather King Ludwig was deposed. Albrecht and the family moved from Bavaria to the Austrian Tyrol. [1]

Prior to the Second World War, his family, the House of Wittelsbach, were opposed to the regime of Nazi Germany and refused to join the Nazi Party. The decision meant that Prince Albrecht, who had been studying forestry, was unable to complete his studies. [1] In 1940 Albrecht took his family to his estate at Sárvár, Vas, Hungary. In October 1944, after Germany had occupied Hungary in March, the Wittelsbachs were arrested and imprisoned in the Sachsenhausen concentration camp at Oranienburg, Brandenburg. In April 1945 they were moved to the Dachau concentration camp, where they were liberated by the United States Army. [1]

Albrecht became head of the deposed royal family of Bavaria with the death of his father on 2 August 1955. As the eldest son of the eldest son of Archduchess Maria Theresa of Austria-Este (1849–1919), recognized by Jacobites as "Queen Mary IV (of England) and III (of Scotland)", [2] he was also the dynastic representative and heir-general of England, Scotland and Ireland's last Stuart king, James II and VII, deposed in 1688. [3]

In 1959 Albrecht, in an official ceremony, returned the Greek crown jewels (originally made for a Bavarian prince who reigned as Greece's first modern monarch, King Otto) to the Greek nation, accepted by King Paul of Greece.

In 1980 Albrecht presided over sumptuous ceremonies in Bavaria celebrating the 800th anniversary of the founding of the House of Wittelsbach. [4]

Albrecht was a prolific hunter and deer researcher, collecting 3,425 sets of antlers, now partially shown in a permanent exhibition on his research activities in the former royal castle at Berchtesgaden. He also wrote two books on "the habits of deer" [1] for which he (and his second wife) received honorary doctorates by the biological faculty of the Ludwig Maximilian University of Munich. While visiting Brazil in 1953 he encountered Brazilian Mastiffs and took some to Germany, introducing the dog breed to Europe.

Albrecht died on 8 July 1996, aged 91, at Berg Castle, 20 kilometres (12 mi) southwest of Munich, where he had lived reclusively for decades. His funeral at Theatine Church, Munich was conducted by Friedrich Wetter, the Archbishop of Munich. [1] He was buried on a family graveyard he himself had installed in 1977 at Andechs Abbey.

Albrecht married Countess Maria Draskovich of Trakostjan (8 March 1904 in Vienna – 10 June 1969 in Wildbad Kreuth) on 3 September 1930 in Berchtesgaden. [5] Daughter of Count Dionys Maria Draskovich von Trakostjan and Princess Juliana Rose von Montenuovo (a great-granddaughter of Marie-Louise of Austria, sometime Empress of the French), she belonged to a family of the Croatian nobility known since 1230 and made Imperial counts in 1631. [6] Although Albrecht's father allowed the wedding, a Wittelsbach family council concluded that the marriage was non-compliant with the dynasty's marital tradition as set out in its historical house laws, [6] and the names of the couple's four children were excluded from the Almanach de Gotha . [5] In 1948, however, a juridical consultation advised that the head of the house has sole authority to determine the validity of marriages within the House of Wittelsbach, prompting Crown Prince Rupprecht to recognize Albrecht's marriage as dynastic on 18 May 1949. [4] [6]

On 21 April 1971 in Weichselboden, Albrecht married Countess Marie-Jenke Keglevich of Buzin (23 April 1921 in Budapest – 5 October 1983 in Weichselboden), daughter of Count Stephan Keglevich de Buzin and Countess Klára Zichy of Zich and Vásonkeö. They had no children. [6]

At the time of his death, Albrecht had four children from his first marriage, fifteen grandchildren and twenty-six great-grandchildren. His children are:

Ludwig III was the last king of Bavaria, reigning from 1913 to 1918. He served as regent and de facto head of state from 1912 to 1913, ruling for his cousin, Otto. After the Bavarian parliament passed a law allowing him to do so, Ludwig deposed Otto and assumed the throne himself. He led Bavaria into World War I, and lost his throne along with the other rulers of the German states at the end of the war. 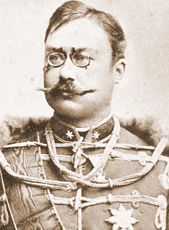 Rupprecht, Crown Prince of Bavaria, Duke of Bavaria, Franconia and in Swabia, Count Palatine by (the) Rhine was the last heir apparent to the Bavarian throne. During the first half of the First World War he commanded the 6th Army on the Western Front. From August 1916, he commanded Army Group Rupprecht of Bavaria, which occupied the sector of the front opposite the British Expeditionary Force. 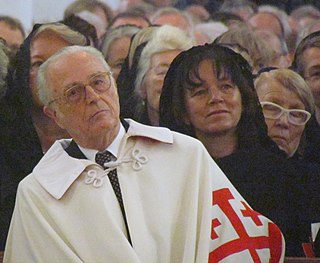 Franz, Duke of Bavaria is head of the House of Wittelsbach, the former ruling family of the Kingdom of Bavaria. His great-grandfather King Ludwig III was the last ruling monarch of Bavaria until deposed in 1918. 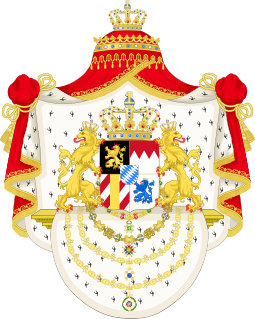 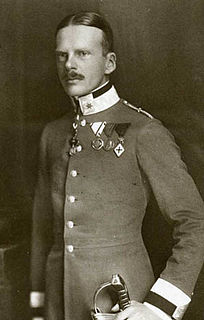 Prince Georg of Bavaria was a member of the Bavarian Royal House of Wittelsbach and a Catholic priest. 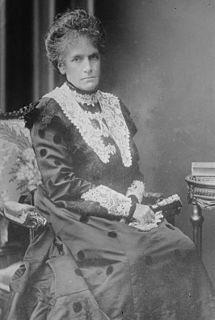 Prince Ludwig Ferdinand of Bavaria, was a member of the Bavarian Royal House of Wittelsbach and a General of Cavalry. Following his marriage to Infanta María de la Paz of Spain, he also became Spanish infante.

Infanta Marie Anne of Portugal was Grand Duchess of Luxembourg as the wife of Grand Duke Guillaume IV and the country's regent in the name of their daughter, Grand Duchess Marie-Adélaïde. She was a member of the House of Braganza.

The Kingdom of Bavaria was abolished in 1918. The current head of its formerly ruling House of Wittelsbach is Franz, Duke of Bavaria.

Max-Emanuel Ludwig Maria Herzog in Bayern as the younger son of Albrecht, Duke of Bavaria, is the heir presumptive to both the headship of the former Bavarian royal house and the Jacobite succession. He was born a Prince of Bavaria, as a member of the royal line of the House of Wittelsbach, but has been using the title "Herzog in Bayern" or Duke in Bavaria, since he was adopted as an adult by his great-uncle, Duke Ludwig Wilhelm in Bavaria, the last bearer of that title of a junior branch of the House of Wittelsbach, from whom he inherited considerable estates at Tegernsee Abbey, Banz Abbey and Kreuth.

Duchess Marie Gabrielle in Bavaria was the youngest daughter of Duke Karl Theodor in Bavaria and his second wife, Infanta Maria Josepha of Portugal. She married Prince Rupprecht of Bavaria in 1900 but died before he became Crown Prince. Through her second son Albrecht, Marie Gabrielle was the grandmother of the present Duke of Bavaria, Franz. 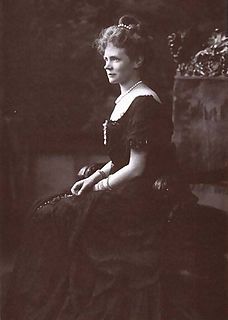 Duchess Amalie Maria in Bavaria was born in Munich, Kingdom of Bavaria, the only child of Duke Karl-Theodor in Bavaria and his first wife Princess Sophie of Saxony. Amalie was a member of the House of Wittelsbach and a Duchess in Bavaria by birth. She was a member of the House of Württemberg, Duchess of Urach and Countess of Württemberg through her marriage to Wilhelm, 2nd Duke of Urach. She was called by the French version of her name, Amélie, and was lifelong friends with her cousin, Archduchess Marie Valerie of Austria.

Countess Maria Draskovich von Trakostjan was the first wife of Albrecht, Duke of Bavaria, head of the House of Wittelsbach and claimant to the abolished throne of the Kingdom of Bavaria from 1955 to 1969, as well as the Jacobite pretender to the English throne.

Countess Marie-Jenke Keglevich of Buzin was the second wife of Albrecht, Duke of Bavaria, head of the House of Wittelsbach and pretender to the Kingdom of Bavaria from 1955 to 1996 as well as Jacobite pretender to the thrones of England, Scotland, Ireland, and France.

Alfred, 2nd Prince of Montenuovo and Grandee of Spain was one of the highest court officials of Emperor Franz Joseph I of Austria. Among his ancestors were members of the House of Habsburg and the Medici family.

Princess Elisabeth, Duchess in Bavaria, is the wife of Prince Max, Duke in Bavaria, heir presumptive to both the former Bavarian Royal House and the Jacobite Succession.

Monarchism in Bavaria after 1918 was driven by the belief that a monarchy would be the best form of government for the German state of Bavaria, despite the abolition of the Bavarian monarchy in 1918. The Bavarian monarchy ended with the declaration of a Bavarian Republic, after the Anif declaration by King Ludwig III on 12 November 1918 as a consequence of Germany's defeat in the First World War.