Alcalde ( /ælˈkældi/ ; Spanish:  [alˈkalde] ) is the traditional Spanish municipal magistrate, who had both judicial and administrative functions. An alcalde was, in the absence of a corregidor, the presiding officer of the Castilian cabildo (the municipal council) and judge of first instance of a town. Alcaldes were elected annually, without the right to reelection for two or three years, by the regidores (council members) of the municipal council. The office of the alcalde was signified by a staff of office, which they were to take with them when doing their business. [1] [2] A woman who holds the office is termed an Alcaldesa.

Alcalde was also a title given to Indian officials inside the Spanish missions, who performed a large variety of duties for the Franciscan missionaries. [4]

The office of the alcalde evolved during the Reconquista as new lands were settled by the expanding kingdoms of León and Castile. As fortified settlements in the area between the Douro and Tagus rivers became true urban centers, they gained, from their feudal lords or the kings of Leon and Castile, the right to have councils. Among the rights that these councils had was to elect a municipal judge (iudex in Latin and juez in Spanish). These judges were assisted in their duties by various assistant judges, called alcaldes, whose number depended on the number of parishes the town had. [5] The title alcalde was borrowed from the Arabic al-qaḍi (قاضي), meaning "the judge." [6]

The word alcalde originally was used for simple judges, as in Andalusian Arabic. Only later was it applied to the presiding municipal magistrate. [7] This early use continued to be reflected in its other uses, such as alcaldes del crimen, the judges in the audiencias ; Alcaldes de la Casa y Corte de Su Majestad, who formed the highest tribunal in Castile and also managed the royal court; alcaldes mayores, a synonym for corregidor; and alcaldes de barrio, who were roughly the equivalent of British parish constables. Because of this, the municipal alcalde was often referred to as an alcalde ordinario.

By the end of the fourteenth century the definite form of the Castilian municipal council, the ayuntamiento or cabildo , had been established. The council was limited to a maximum of twenty-four members (regidores), who may be appointed for life by the crown, hold the office as an inherited possession or be elected by the citizens ( vecinos ) of the municipality. (Many cabildos had a mix of these different types of regidores.) The number of magistrates, now definitely called alcaldes, was limited to one or two, depending on the size of the city and who were elected annually by the regidores. To ensure control over cabildos, the Castilian monarchs often appointed a corregidor, who took over the role of the presiding officer of the council. The cabildo was taken to the Americas and Philippines by the Spanish conquistadors. Towns and villages in the Americas with the right to a council (villas and lugares in the Recopilación de las Leyes de Indias , 1680) had one alcalde. Cities (ciudades) had two, which was the maximum number anywhere. Early in the conquest, adelantados had the right to appoint the alcaldes in the districts they settled, if they could attract the legally specified number of settlers to the area. This right could be inherited for one generation, after which the right of election returned to the municipal council.

In modern Spanish, the term alcalde is equivalent to a mayor, and is used to mean the local executive officer in municipalities throughout Spain and Latin America. For example, the title alcalde continued to be used in the Spanish-speaking American Commonwealth of Puerto Rico after the occupation of the island during the Spanish–American War in 1898. In the autonomous Spanish cities of Ceuta and Melilla, however, the alcaldes-presidentes have greater powers than their peninsular colleagues.

Because the United States incorporated parts of the former Viceroyalty of New Spain, the office had some influence in the local political and legal developments of those areas and is mentioned in judicial cases. This title continued to be in use in the Southwest United States after the Mexican–American War until a permanent political and judicial system could be established. [8] Alcaldes were notorious for their support for rule of law and opposition to vigilantes. [9] In nineteenth-century California, Stephen Johnson Field, later an associate justice of the U.S. Supreme Court, once served as the only alcalde of Marysville, California, a town established in 1850 during the Gold Rush by immigrants, who temporarily used the Spanish and Mexican form of municipal government. In Texas, the position of county judge was based on that of the alcalde which had existed in the state prior to the Texas Revolution. Like the alcaldes before them, county judges under the Texas Constitution wield both judicial and chief executive functions. Although in larger counties today the county judge usually functions solely as county chief executive, in smaller counties, the role of the county judge continues to have many of the combined judicial and administrative functions of the alcalde.

The city of Sonoma, California has a tradition to name an honorary title of Alcalde/Alcaldesa, to preside over ceremonial events of the city, with "mayor" being the official position of city governor.

In Belize, any rural community may appoint an alcalde. The alcalde serves both judicial and administrative functions and is paid a small stipend by the government. The alcalde is responsible for managing communal land, judging disputes, and determining punishment for petty crimes. This type of local government is most commonly used by Maya communities in southern Belize. [10]

The Mayor of Madrid presides over the Madrid City Council, the government body of the capital city of Spain. The mayor has the duty of boosting the local policies, it directs the action of the other executive bodies, leads the Local Executive Administration and is accountable to the Plenary for its political management. 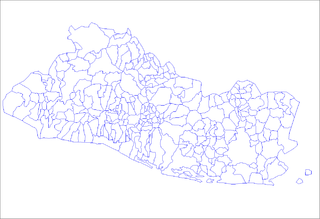 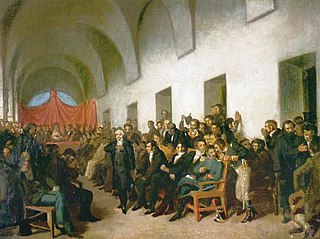 A regidor is a member of a council of municipalities in Spain and Latin America. Portugal also used to have the same office of regedor.

A corregidor was a local administrative and judicial official in Spain and in its overseas empire. They were the representatives of the royal jurisdiction over a town and its district. 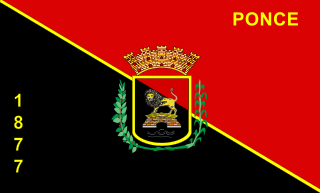 The Mayor of Ponce is the head of government of Ponce, Puerto Rico. The current mayor is María Meléndez, also known as "Mayita".

Alcalde ordinario refers to the judicial and administrative officials in the cabildos in the Spanish Viceroyalties in the Americas during the times of the Spanish Empire in the 16th through 19th centuries Spanish West Indies Empire. Always existing in pairs, they were called Alcalde de primer voto and Alcaldes de segundo voto. The alcalde ordinario was a judicial magistrate who, with some exceptions, was responsible for the administration of civil and criminal justice within their municipal jurisdiction. 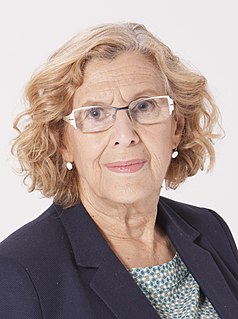 Manuela Carmena Castrillo is a retired Spanish lawyer and judge who served as Mayor of Madrid from June 2015 to June 2019. She was a member of the General Council of the Judiciary.

Local government in Spain refers to the government and administrative powers exercised by what the Constitution calls "local entities", principally municipalities, but there are also various forms of supra-municipal bodies such as provincial councils and cabildos and sub-municipal bodies such as comarcas. Together, these local entities make up the third tier of government, the first tier being the state (Spain) and the second tier the regions. Spain adheres to the European Charter of Local Self-Government although it declares itself not bound to the full extent by the requirement for direct elections of all local authorities.

An alcalde mayor was a regional magistrate in the Spanish Viceroyalties in the Americas during the times of the Spanish Empire in the 16th through 19th centuries Spanish West Indies Empire. These regional officials had judicial, administrative, military and legislative authority. Their judicial and administrative functions superseded those of an alcalde. Their area of territorial jurisdiction was called an alcaldía mayor. Judicial appeals from the decisions of an alcalde mayor were heard by an audiencia.

The concejo abierto is the regime under which the local government of some small Spanish municipalities operate. A case of direct democracy, the system allows for the existence of two bodies: the Mayor and the asamblea vecinal, also known as concejo, formed by the all the electors of the municipality. It is also used by other entities below the municipal level. 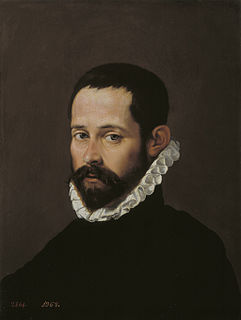 Justicia mayor was a title bestowed upon a person in 19th century Spanish Empire which authorized him to perform law enforcement and judicial functions within a town, city of region. It is similar to the position of sheriff in some jurisdictions.

Alcalde de la Santa Hermandad was a term used in the Spanish colonies in the Americas during the times of the Spanish Empire. The term referred to judicial magistrates named in towns and villages within the jurisdiction of the Spanish Empire in the Americas whose function was primarily to be informed of infractions committed in rural areas against the established order, so they could be prosecuted. In this capacity, their primary function was to help the militia of a rural region within the jurisdiction of a cabildo. This militia was organized under an institution termed Santa Hermandad. The term of service of an Alcalde de la Santa Hermandad was one year. The position was eliminated around 1835, when the Santa Hermandad force itself was disestablished.

Partido was a Spanish colonial term that referred to a governed local administrative region, roughly equivalent to today's municipality in terms of rural land areas included, and used in the Spanish colonies in the Americas during the times of the Spanish Empire. It was "the territory or district composed of a jurisdiction or administration from a main city."

The Ayuntamiento de Granada is the institution charged with the government and administration of the Spanish municipality of Granada.