It was renamed in 2016 in honour of Serbian basketball player and coach Aleksandar Nikolić. The hall is well known for its frequent matches between different basketball clubs, especially Partizan, Crvena zvezda (Red Star Belgrade), and foreign clubs.

Projected by Ljiljana and Dragoljub Bakić, the hall has been described as the "architectural icon of the postmodernist Belgrade". [6]

Constructed in 1973 by Ljiljana and Dragoljub Bakić under a tight deadline, the modernist building won the architects a "Grand Prix of the Belgrade Architecture Salon". [7] The structure was noted for its use of repeated elements and natural light.

The arena hosted the final round of EuroBasket 1975, the final of the EuroLeague's 1976–77 season (in which Maccabi Tel Aviv defeated Pallacanestro Varese), and the FIBA EuroCup's 1997–98 season final. [8] In October 1989, the 16th World Judo Championships took place in Pionir Hall. [9]

The arena hosted several preliminary round games of the EuroBasket 2005 and 2013 World Women's Handball Championship.

On 23 February 2016, the name of the arena was changed from Pionir Hall to Hall Aleksandar Nikolić, after the former basketball player and coach, Aleksandar "Aca" Nikolić.

In April 2017, the arena played host to the Davis Cup World Group Quarterfinal between Serbia and Spain, with Serbia winning the tie 4-1 to advance to the semifinals. [10]

In 2019, the hall was thoroughly renovated, at a cost of €2 million euros. The renovation included new seats, telescopic stands, a new hardwood court and screens, new lighting, modernization of the ventilation and air-conditioning systems, and an increased seating capacity. [11] 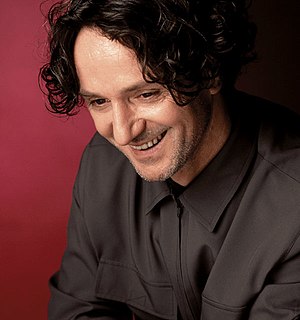 Goran Bregović is a Bosnian recording artist of Croatian and Serbian descent. He is one of the most internationally known modern musicians and composers of the Slavic-speaking countries in the Balkans, and is one of the few former Yugoslav musicians who has performed at major international venues such as Carnegie Hall, Royal Albert Hall and L'Olympia. 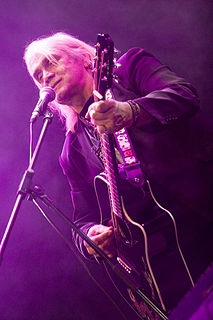 Borisav "Bora" Đorđević, also known as Bora Čorba, is a Serbian singer, songwriter, and poet. He is best known as the frontman of the rock band Riblja Čorba. Renowned for his brand of poetic lyrics and husky baritone voice, Đorđević is widely considered as one of the top and most influential authors of the Serbian and Yugoslav rock scene. 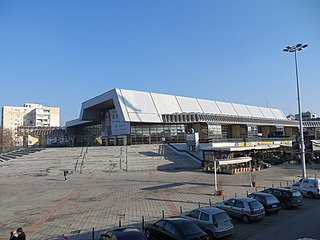 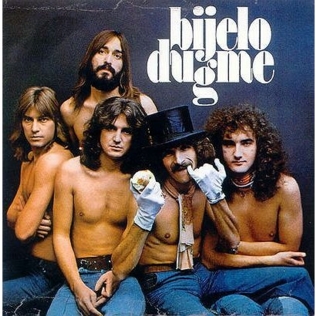 Bijelo Dugme was a Yugoslav rock band, formed in Sarajevo, SR Bosnia and Herzegovina in 1974. Bijelo Dugme is widely considered to have been the most popular band ever to exist in the former Socialist Federal Republic of Yugoslavia and one of the most important acts of the Yugoslav rock scene. 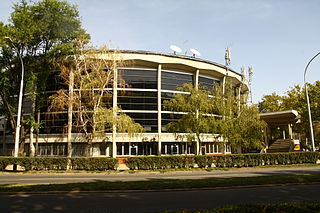 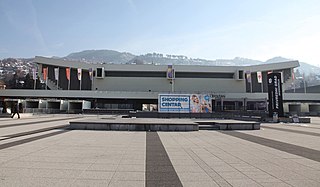 Riblja Čorba is a Serbian and Yugoslav rock band formed in Belgrade in 1978. The band was one of the most popular and most influential acts of the Yugoslav rock scene.

Komuna is a Serbian record label and media production company. Established in 1985, its headquarters are in Belgrade, Serbia with a branch office Budva, Montenegro. Registered in the Belgrade municipality of Rakovica, the company is owned by Maksa Ćatović.

Pinki Cultural and Sports Center, commonly known as Pinki Hall, is an indoor multi-sports venue located in Belgrade's municipality of Zemun, Serbia. The venue has an indoor hall and an indoor swimming pool. The hall has a seating capacity of 2,300 for sports events and around 5,000 for concerts.

100 najboljih pesama svih vremena YU rocka was a list compiled by the Serbian music magazine Rock Express. In 1999, Rock Express started the poll for the selection of top 100 Yugoslav rock songs. The whole list was published in the 25th issue of Rock Express, in 2000. The list contains rock music songs from Socialist Federal Republic of Yugoslavia and the songs from successor states.

Diskos was a Yugoslav state-owned record label, founded in 1962 and based in Aleksandrovac, SR Serbia.